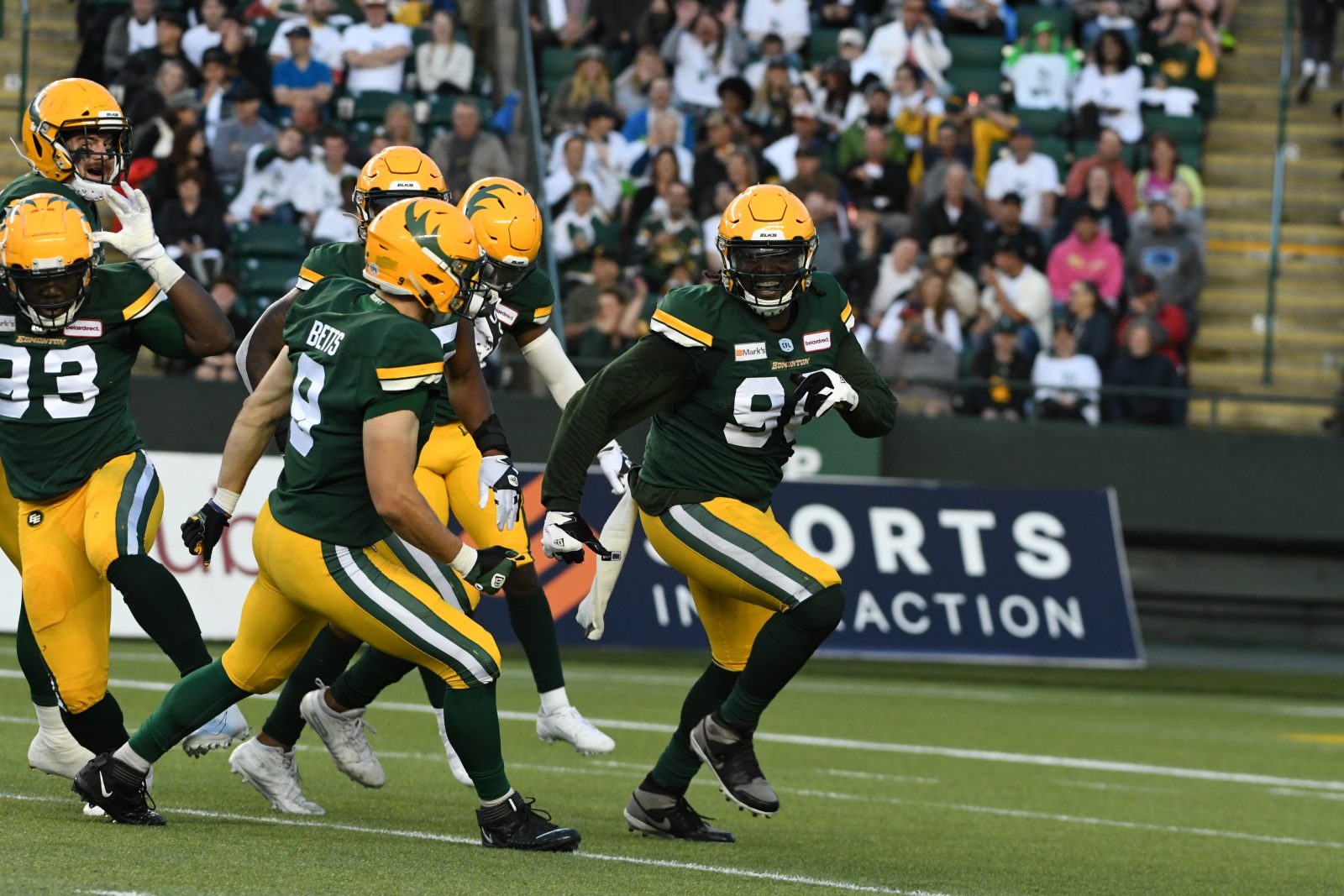 EDMONTON – With their first game in nearly two years in the books, the Edmonton Elks return to action this weekend hoping to take advantage of a rusty Montreal Alouettes squad.

Edmonton and Montreal take the field on Saturday (5:00 p.m. MT) for their one and only meeting of the 2021 CFL regular season. The Elks are looking to move past a 16-12 setback Week 1 to Ottawa, while the Als make their 2021 debut after their schedule opened with a bye.

If this matchup feels somewhat familiar, you’ve got a sharp memory.

Edmonton and Montreal last met in the Eastern Semifinal back on November 10, 2019, with the Green and Gold earning a 37-29 win, as quarterback Trevor Harris outdueled his counterpart Vernon Adams Jr.

Harris tossed a CFL playoff record 22 consecutive completions, with his 92.3 completion percentage (36-of-39) also the best in CFL playoff history. Speaking of Harris and history, take a look at the significance 65 yards passing will have in our BY THE NUMBERS section. 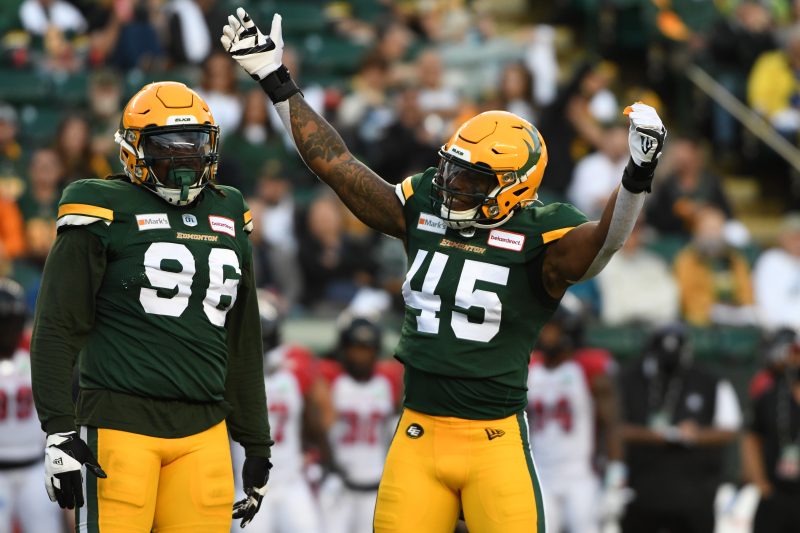 No. 45 Nyles Morgan made his CFL debut Week 1 against Ottawa.

NEW TO THE MIX

Ten different Elks made their CFL debuts last week, including linebacker Nyles Morgan who had five defensive tackles and one special teams tackle. That was the second most on the night by an Elk, just behind Aaron Grymes’ seven tackles.

Morgan and 2018 NFL draft pick Keishawn Bierria were the two newcomers to get starts on the defensive side of the ball, with Bierria recording one of Edmonton’s five sacks on the night.

Who else loved the antler dance debuted by the Elks defensive line on Mike Moore’s first sack last week?

Moore and Kwaku Boateng led the charge with two sacks apiece, while the aforementioned Bierria chipped in a fifth QB takedown from the linebacker position.

Edmonton’s defensive line ended the 2019 campaign tied with the Saskatchewan Roughriders for the most sacks in the league, getting the QB to the turf 56 times. Despite changes, the d-line sent an early signal to the rest of the CFL that life as an opposing quarterback will be tough against the Green and Gold. 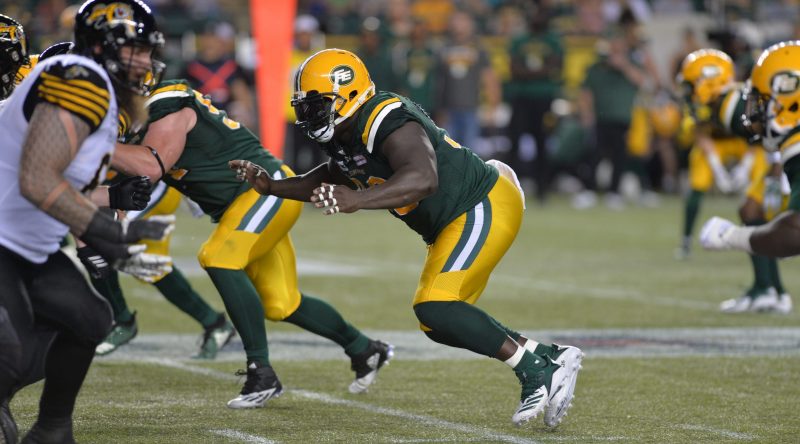 Sewell made his CFL debut in 2011 after completing his collegiate career at Akron.

As noted back in training camp, the departure of Almondo Sewell was one of several changes to Edmonton’s defensive line. The veteran now finds himself in Montreal, and is set to play his first game as a visitor at The Brick Field at Commonwealth Stadium after nine years in Edmonton.

The veteran of 139 CFL regular season games was doing his best earlier this week to add some spice to his return with comments about getting to Trevor Harris. You can hear Harris’ rebuttal by clicking here for his full media availability from Day 4. 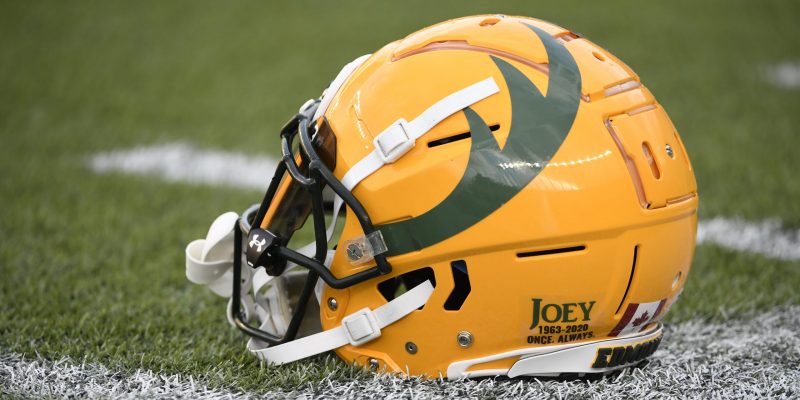 Joey Moss won’t soon be forgotten and the Elks are doing their part to make sure that’s the case this season.

As you might’ve seen, Edmonton will honour Moss all season long with a JOEY decal on the back of the team’s helmets. The move has gotten some love from outside the football world, as the Edmonton Oilers and NHL.com spilled ink about the classy gesture, and the awarding of the inaugural Joey Moss Award after Elks camp.

Moss was a mainstay around the Green and Gold for more than two decades, making his debut as a dressing room assistant back in 1986.

65 yards is all Harris needs to pass Edmonton legend Tom Wilkinson on the CFL all-time passing list. Wilkinson is 27th on the list with 22,579 yards.