He was an ever-present reminder of the joy football can provide.

Someone who would light up the room with his undeniable zest for life.

A mainstay in Green and Gold, Joey Moss’ legacy was honoured Friday, as the Edmonton Elks awarded Jonathan Rose with the inaugural Joey Moss Award.

Given to a player at the end of training camp who’s preservered through adversity and embodies Joey’s positivity in everything he does, the meaning of the award wasn’t lost on Rose.

“It’s a huge honour and what I’ve learned about Joey Moss is that he was resilient,” Rose pointed out. “He was always a guy that had energy, whether it was an up or a down day and that’s what I pride myself on.” 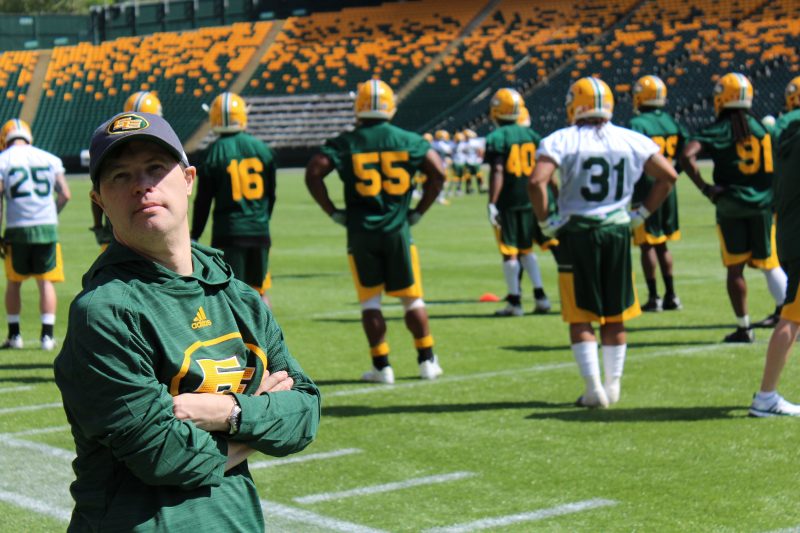 Staying positive was everything for Rose after suffering a neck injury in Ottawa’s third game of the 2019 CFL season.

Now 28, Rose’s football career was very much in doubt as he worked his way back from spinal fusion surgery.

“I got through it with positivity. I didn’t know what the outcome was going to be for me, but at the end of the day I know a good heart and good energy will take you a long way,” Rose explained.

“Without even knowing Joey, just how everyone speaks of him and the video that I saw, he was just one of those passionate people that make you understand that life isn’t as deep as we sometimes look at it.”

“It made me really appreciate this athlete life and appreciate life in general and that’s why I want to carry Joey’s name on as best as possible.”

While Rose didn’t know Moss, he has experienced firsthand the impact someone’s joy for the game and ability to overcome obstacles can have on a team.

“His name was T.J. He was a good spirited guy who couldn’t play the sport because he had disabilities, but he gave his all in everything he could do for us,” Rose recalled of his playing days at Leeds High school in Alabama. “Whether it was helping the equipment guys, getting stuff setup on the field, being a ball boy, a water boy, he wanted to be in every facet of the game since he couldn’t play.”

“That’s how I feel Joey was. He wanted to be in football, hockey, basketball – anything that had to do with Edmonton and he could be involved helping teams become better, he wanted to do.” 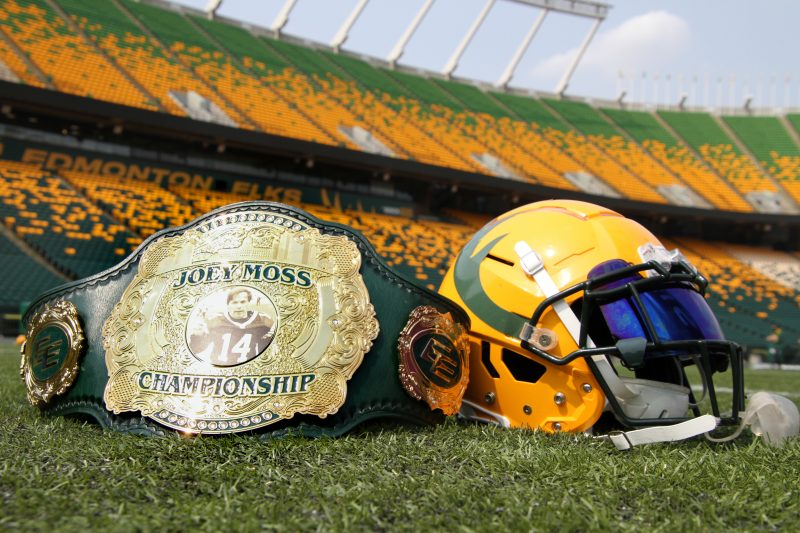 The Elks fittingly opted to honour Moss – a wrestling super fan – with a championship belt featuring the Edmonton icon.

The idea to honour Moss came from Elks Director of Football Operations Kris Hagerman, who witnessed firsthand the impact Moss had around training camp.

“Seeing him up close and personal and getting to know Joey a little bit, you could tell right away why he was as famous and as well loved as he was here in Edmonton,” explained Hagerman.

Beloved by both the Oilers and Green and Gold, Moss was a mainstay at training camp dating back to 1986 when he was introduced to the club.

His presence became a hallmark of a training camp that simply needed to live on.

“Joey was training camp. He would be up here eating lunch with the guys, coming up to your table and cracking jokes. He had all his Joey-isms that brightened everyone’s day and we needed to keep that in the locker room.”

The Elks and Winnifred Stewart are joining forces to help create more inclusive workplaces and get more people with disabilities employed. To learn more about the partnership, which builds on the legacy left by Joey’s time with the Green and Gold, click here.