The Elks are proud to have the support of their mascots both on and off the field. Spike and Punter participate in events around Edmonton and area each year and love to be a part of the action. Look for them on the sidelines cheering on the guys in Green and Gold at every home game.

To request Spike and/or Punter at your community event, please send the event information (including time and date) to community@goelks.com. 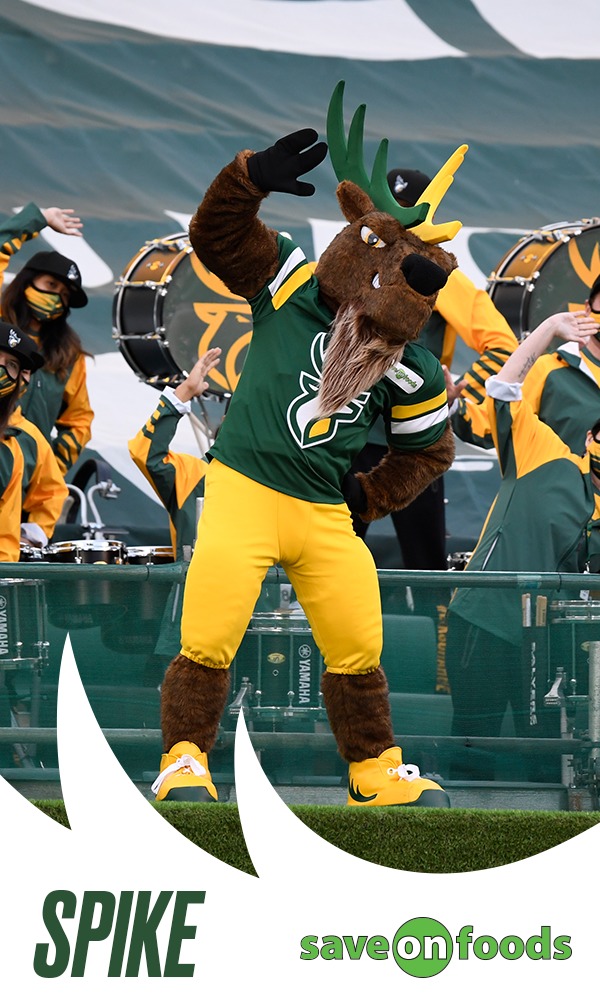 After years of roaming Elk Island National Park, Spike was looking for a change of pace. Luckily for him, Edmonton’s football team came calling in 2021. It was a match made in mascot heaven, as Spike’s green and gold antlers were just what the double EE were looking for in a new recruit. His team pride is infectious. You can find his loyal admirers throughout The Brick Field at Commonwealth Stadium, wearing their own green and gold antlers as a salute to the CFL’s strongest mascot. During the offseason, Spike winters at Elk Island, teaching his bison brothers the Elks Fight Song.

Spike is often out grazing or helping the gang, but you can bring him home anytime. CLICK HERE to get a picture with Spike on your phone! 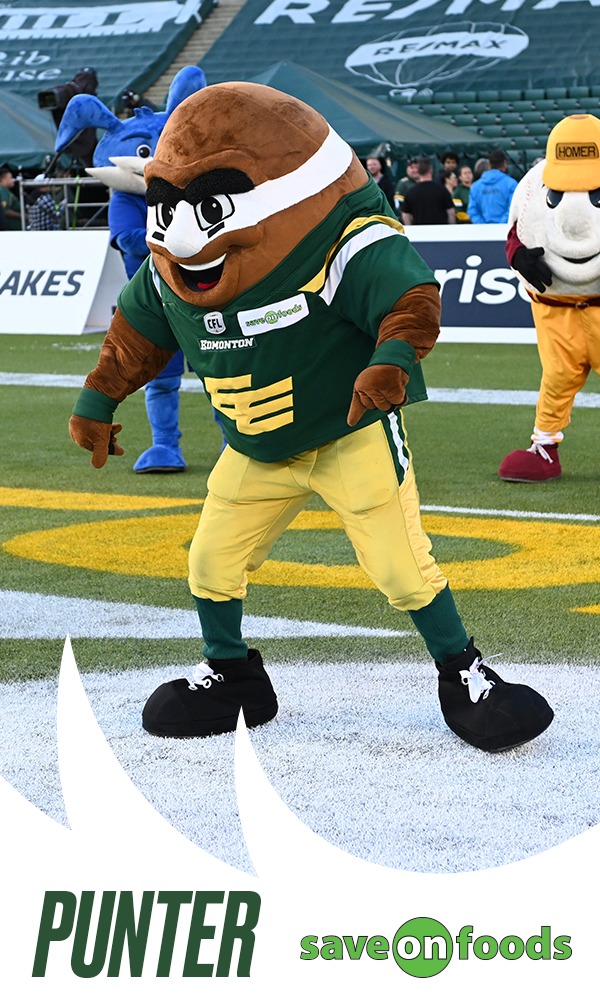 Punter was born in May 2004 as a result of a manufacturer’s error at the Wilson football factory in Ada, Ohio. The workers skipped a decimal point and a giant football was created! Punter knew his dreams of becoming the biggest ball in town were oversized for the small town of Ada and the tiny fields of American football. He needed a gridiron and stadium that fit his inflated size (stay away, Tom Brady). The CFL was the perfect fit, so he decided to ride the rails to the biggest and best stadium in the league – The Brick Field at Commonwealth Stadium. Ever since he stepped off the LRT for the first time, Punter knew he was at home.

In Spike’s Elks Charge,  you move Spike through the defense on your way to a TD. Dodge your way to a high score! Click here to play!