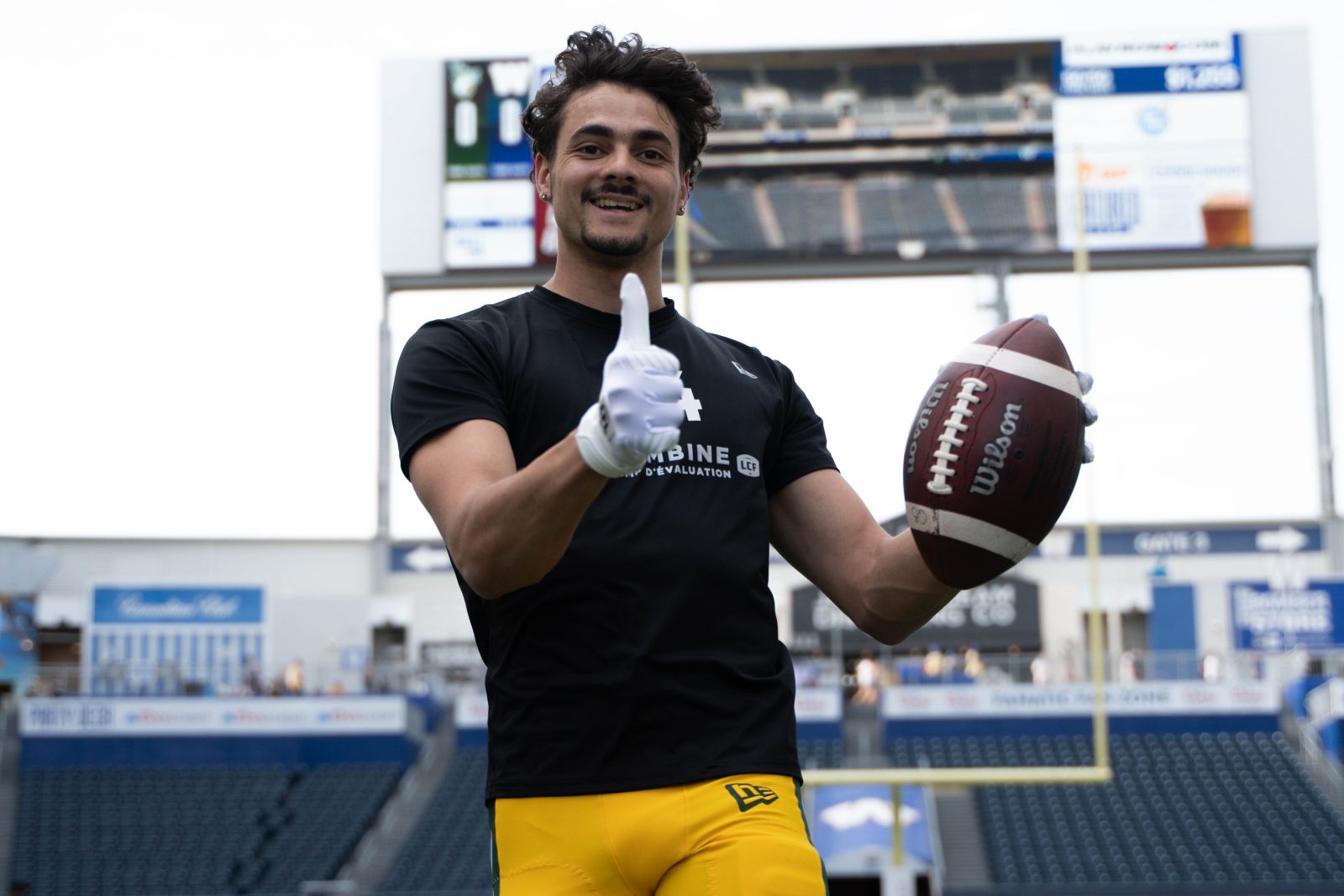 As an assistant receivers coach with the Salisbury Sabres senior football team this season, Gavin Cobb has taught aspiring high school athletes all that he’s picked up along the way to becoming a fourth-round pick of the Edmonton Elks in the 2022 CFL Draft.

The wideout from Victoria, B.C., has himself also been taught a few things, getting a crash course on the history between the Sabres and the Harry Ainlay Titans.

Salisbury and Harry Ainlay meet Saturday (Nov. 19) in the Alberta Schools Athletic Association (ASAA) Tier I Brian Fryer Division semi-final, 2:30 p.m. at Clarke Stadium. The winner advances to the 2022 Alberta Bowl in Calgary, where it will face the Ernest Manning Griffins or Raymond Comets for the championship on Nov. 26.

This is the third meeting in less than a month between the Sabres and Titans, two teams that can’t seem to get out of each other’s way. They’ve met in each of the last five postseasons, including four straight Metro Edmonton High School Carr Division championship games.

So far in 2022, Salisbury is 0-2 against the Titans, losing 25-17 in the regular season on Oct. 21 at Emerald Hills Regional Park, and then falling 40-14 in the Carr championship on a snow-covered Brick Field at Commonwealth Stadium on Nov. 5.

“I’ve been learning throughout the season,” Cobb says of the Sabres/Titans rivalry.  “A lot of these kids have been playing against this Ainlay team the past (few) years, and they win some, they lose some, but it’s a big game because, who doesn’t want to get a rematch of the Metro finals that we lost? We get another crack at them for a third time, and it’s hard to beat a good football team three times in a row.”

It’ll be HA vs Sal for the third time in five weeks!

Over the course of regular season and postseason play this year, Harry Ainlay is unbeaten at 8-0, while the Sabres are 7-2 with their only two losses coming to the Titans. In the first seven editions of the Football Alberta Tier 1 rankings, Harry Ainlay was No. 1 and the Sabres were No. 2. After the teams’ Oct. 21 game, the Titans remained at No. 1 while Salisbury dropped a spot to No. 3 for the final two editions of the rankings.

Last week in the quarterfinal round of the ASAA Tier 1 Bryan Fryer Division playoffs, Harry Ainlay had a bye while Salisbury beat the Notre Dame Pride 35-16 at Emerald Hills, setting up a third tangle with the Titans in 2022.

“Everyone’s pretty pumped,” says Cobb, “It’s crazy though because these kids are all so calm. We’ve got a big game coming up and everyone seems like we’ve been here before, we’ve just got to take this as another business opportunity to go out there show our stuff and do what we have to do to let the results take care of themselves. I think that’s the mentality a lot of the kids have.”,

Coaching is ‘rewarding experience’ for Cobb

The 24-year-old Cobb is immensely enjoying his experience helping coach the Sabres. While the Manitoba Bisons alumnus had in the post worked at football camps, this is his first occasion being part of a coaching staff. Cobb became involved with the Sabres through his connection with Salisbury receivers coach Ryan Brower, a Sherwood Park native who spent some time in Victoria and coached Cobb in high school.

“He’s been a pretty close friend of mine for a while, and when I got drafted here by the Elks, it just seemed to fit that I would give back, the same way he came out to our high school. I would go out to another high school and provide some inspiration and some insight through the whole process of being recruited,” says Cobb.

“It’s such a rewarding experience for me because I can see the way that the guys on the team look at me like, I’m a pro athlete, I’m doing what a lot of them aspire to be doing one day, and I can see them put into use the things I tell them or I try to show them, not just on the football field, but life in general” Cobb says.

“It’s all about creating young men that are ready to make that next step in life, whether they’re going to go into university or go into the work force. I think that’s really important.”