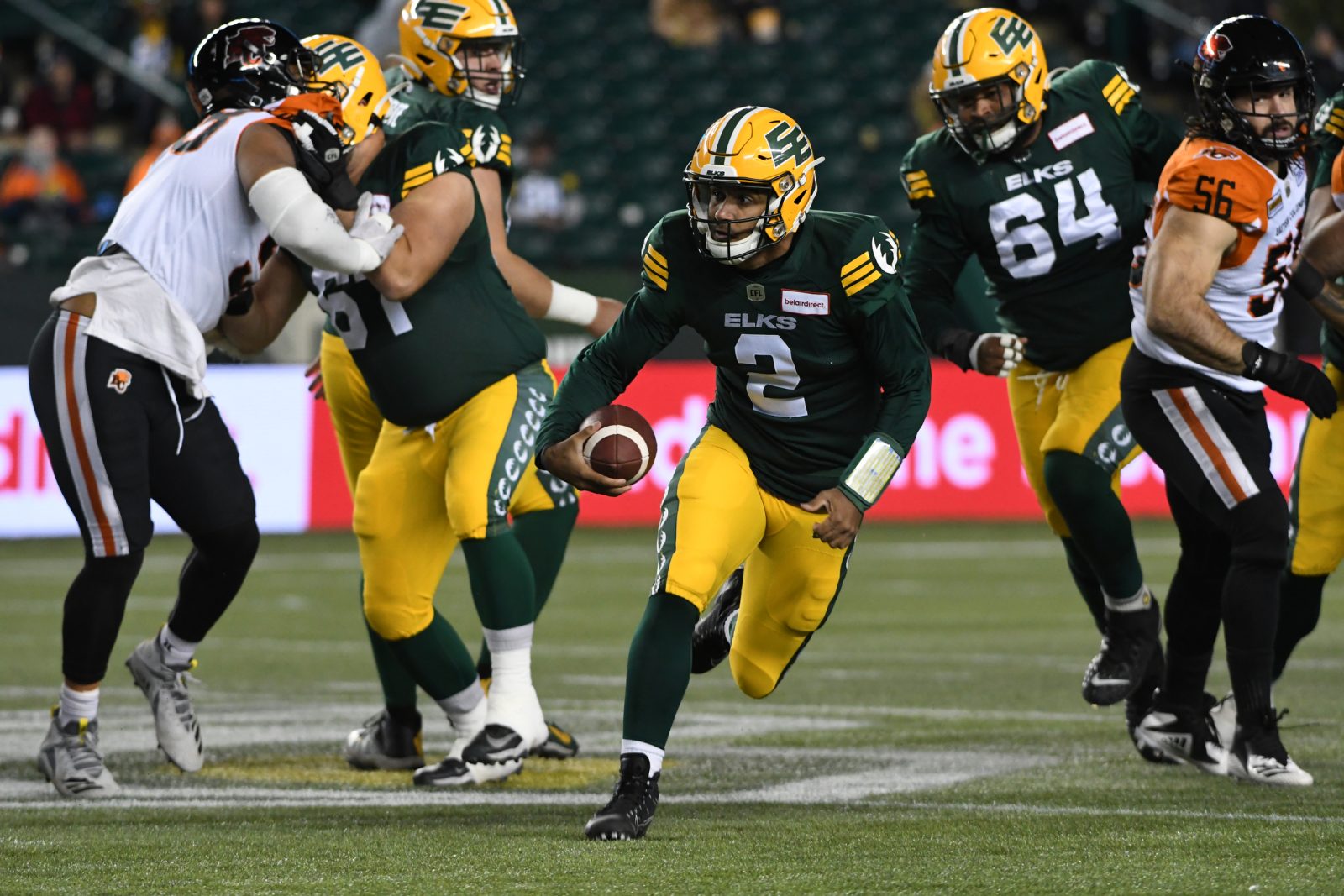 The Edmonton Elks were defeated 31-14 by the B.C. Lions at The Brick Field at Commonwealth Stadium on Friday night in the Green and Gold’s final game of the 2022 CFL season.

“He definitely battled back and I’m proud of him, I don’t feel like he had a bad game at all,” Mitchell said of Ford during a post-game interview with 630 CHED, radio flagship of the Elks. “It’s hard and it’s tough to come in to play the last game when he hasn’t been playing with the receivers.”

Rookie running back Kevin Brown led Edmonton with eight receptions for 65 yards and added 20 rushing yards from seven carries. Kai Locksley scored his team-best seventh touchdown of the season for the Elks on a QB sneak from the one-yard line.

Edmonton scored on its opening possession, with Ford connecting with Mitchell for a seven-yard touchdown to give the Elks a 7-0 lead just over two minutes into the game. The Lions responded with 24 straight points and led 24-7 at halftime.

The Elks cut into B.C.’s lead early in the third quarter, when Locksley scored after Olumba’s pick set up Edmonton in the redzone, making the score 24-14 in favour of the visitors, but that would be as close as the Green and Gold got in the second half.

Ford finishes his first CFL campaign completing 40 of 69 passes for 461 yards and two touchdowns. The eighth overall pick in the 2022 CFL Draft added 149 yards rushing on 19 carries this season. He made three starts at quarterback, with Edmonton going 1-2 in those games including Friday’s result.

“I thought it was an ok day, nothing fantastic,” Ford said on 630 CHED. “I think there were definitely good moments, there were bad moments and B.C. was able to capitalize on those.”