Community: U of A LB is a ‘Taylor-made’ CFL Prospect 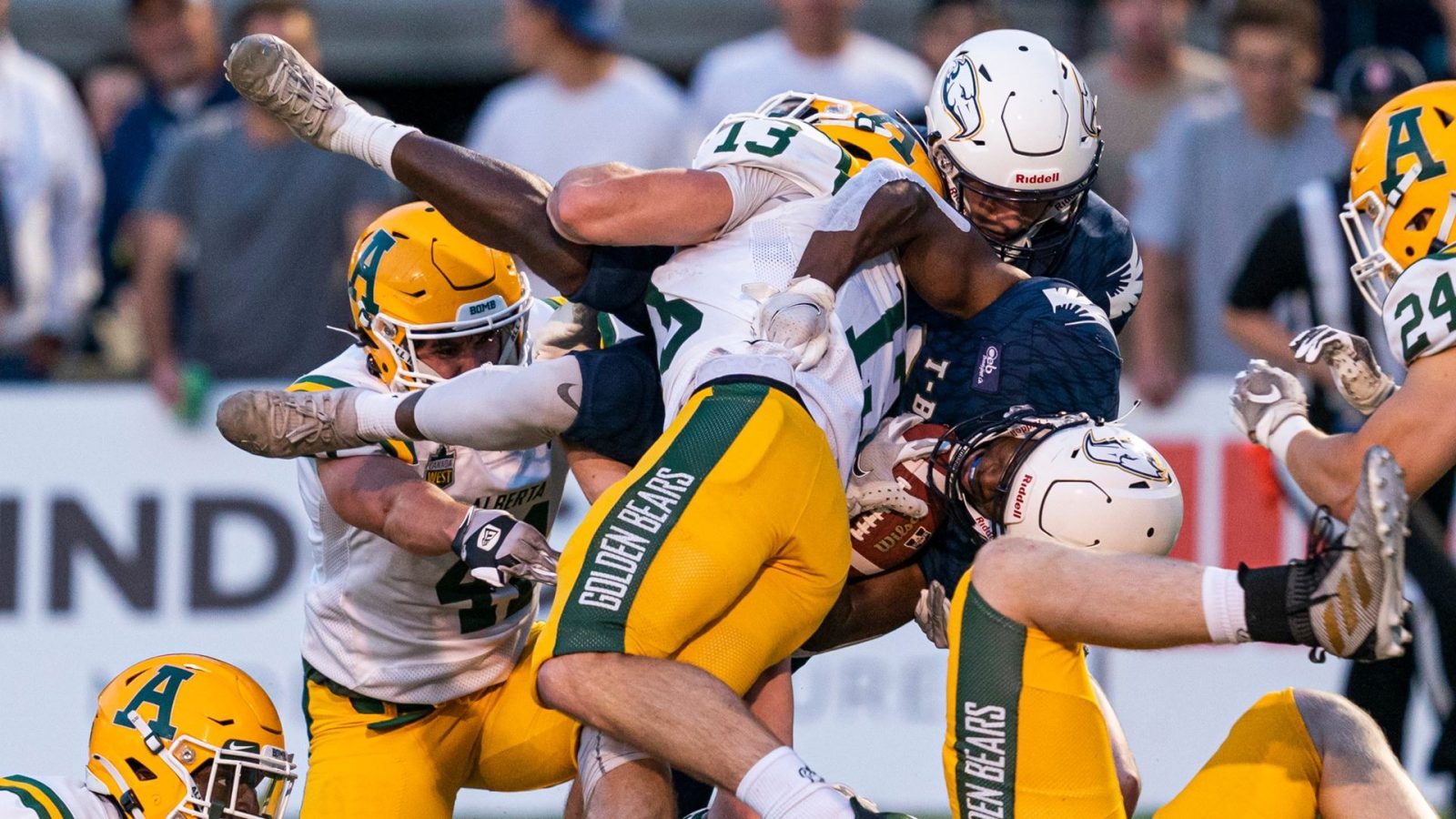 Community: U of A LB is a ‘Taylor-made’ CFL Prospect

On Thursday morning, Jake Taylor learned he Is ranked 18th on CFL Scouting Bureau’s fall edition of the top 20 prospects for the 2023 Canadian Draft.

As career moments go, this is a big one for an aspiring student-athlete like the Alberta Golden Bears defensive back, who was anticipating the ranking’s release.

“I was looking really forward to it a couple months ago, but then I was like, ‘Ok, I’m jumping the gun here, I need to take care of the business of what’s going on right now,” the Beaumont product said. “But I am pretty excited.”

With the draft still eight months away, here and now is foremost for Taylor. The Salisbury high school alumnus had only a few hours to absorb the excitement of the scouting bureau’s announcement, before joining his Evergreen and Gold brethren for their final practice prior to Alberta’s 2022 home-opener, scheduled for 7 p.m. Friday against the Manitoba Bisons at Foote Field.

We are one day away from our 2022 HOME OPENER! Be sure to get your tickets and come down to Foote Field tomorrow! Pregame tailgate activities start at 5:30 before the kickoff at 7:00! #BOMB pic.twitter.com/yTrbJq5n9U

“I have to just really lock it in here,” Taylor said after Thursday night’s practice at Foote Field. “Obviously there is some buzz today about it, but I get a little nervous when I hear all this kind of stuff, so I try to look the other way.”

Taylor has been making a name for himself since the end of the 2021 U Sports football season, with standout performances at the Western Regional Combine in March, and the East-West Bowl in April.

“He’s tailor-made for the CFL and special teams. He’s got all … of what you want, as far as his speed, his strength, his change of direction, and all those sorts of things,” continued Morris. “His test results at the combine were NFL-type numbers, so that’s why he’s so high up on the board and that’s why I think scouts are so excited about him.”

The only linebacker that cracked the latest top 20, Taylor becomes the fourth Golden Bears player during the tenure of Morris to appear in the fall rankings, which are annually announced in early September just as the season is getting underway. The Scouting Bureau also announces winter and spring rankings leading up to the draft, which will take place next May.

Despite being just the second week on the Canada West schedule, Friday’s match-up in Edmonton is a critical one for both the Bears and Bisons, who each dropped their season-opening game last week, and don’t want to fall off the pace in their ultra-competitive conference.

“We’re excited,” said Morris, whose team was defeated 30-21 by the UBC Thunderbirds in Vancouver last Saturday night. “We’ve got a good team coming to town. We feel we’re a good team too. We were really close last week, it went right down to the end, we just couldn’t quite make enough plays at the end of that game to win it, so we’re feeling pretty good about where we’re at right now.”

The Edmonton Elks will be on location, with players Greg Hutchins and U of A alumni Cole Nelson, along with the Elks Cheer Team and mascot at Foote Field during Friday night’s Golden Bears game.