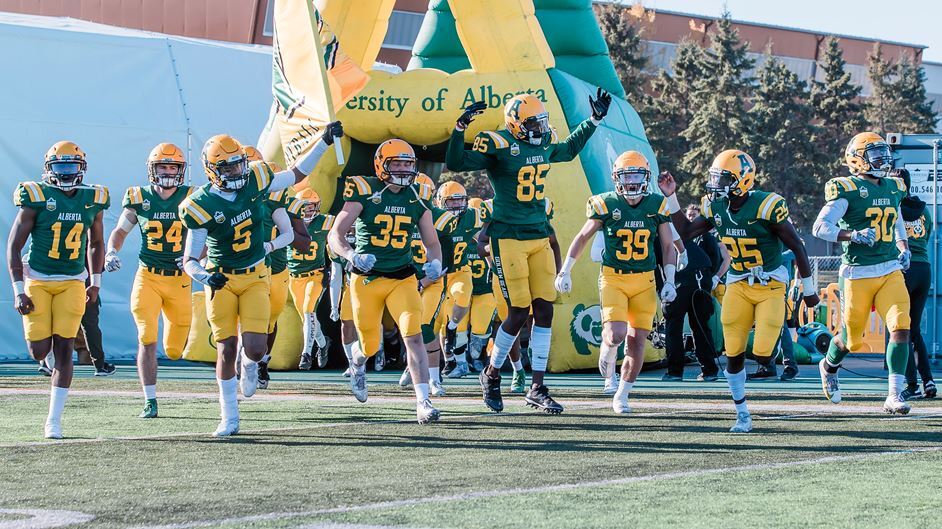 Under the watchful eye of Green and Gold alumni, the University of Alberta Golden Bears opened camp at Foote Field on Sunday to begin preparation for the upcoming Canada West football season.

Coming off a 2021 season in which the Bears finished third in the conference standings and equaled their best record of the past 15 regular seasons, hopes are high for U of A football this fall. This is the tenth year as Bears head coach for EE Wall of Honour member Chris Morris, who has assembled a top-notch staff that includes his former Green and Gold teammates A.J. Gass (defence) and Rick Walters (offence coordinator).

“It’s fun being at the point where we are as a program, where we’re going to be competitive and we’re through the rebuilding (phase), and now we’re talented, we have some guys to play with. and we’re in a good position.”

Among Alberta’s many talented players are: offensive lineman Rodeem Brown and Peter Kozushka, both whom were selected in the 2022 CFL Draft; slotback Jonathan Rosery, a 2022 East-West Bowl selection; and 2021 First Team All-Canadian halfback Tyshon Blackburn. 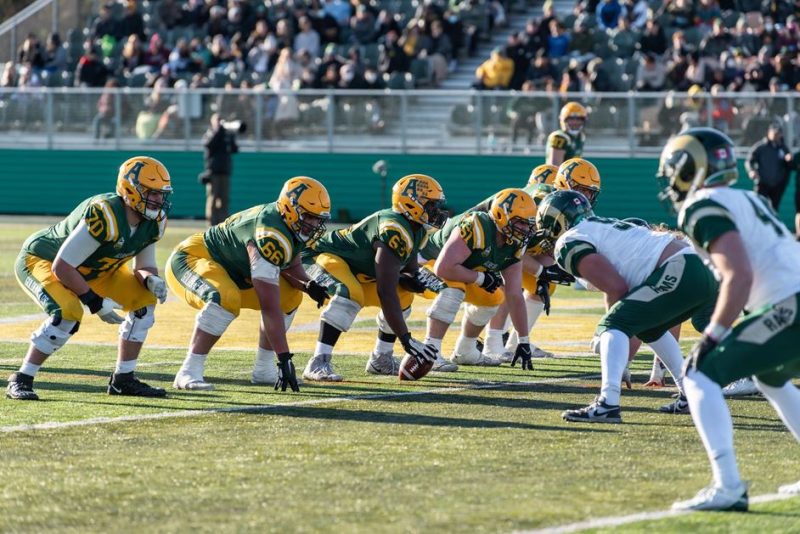 The Golden Bears are a team on the rise, reaching the conference semi-finals in each of the last two Canada West postseasons. In 2022, Alberta looks to break through with its first Hardy Cup appearance in 12 years and an opportunity to win its first conference championship since 1981.

“This team is going to be as good as anybody in this conference this year,” said Morris. “It’s a good mix of youth and mature players, very athletic. We have some talent, a good group of kids who work very hard.

“We play in the best conference in the country, so you know every game is going to be competitive but talent-wise and preparation-wise, this team is going to be right there with anybody in Canada West.”

The highlight of Alberta’s four-game home schedule will come Oct. 15 at The Brick Field at Commonwealth Stadium, where the Golden Bears will host the Calgary Dinos at noon, followed by the Edmonton Elks’ CFL regular season game against the Toronto Argonauts at 5 p.m. It will be the Golden Bears first time playing in Commonwealth Stadium since 1999, and the first doubleheader featuring Edmonton’s pro and university football teams on The Brick Field.

“All the guys are super excited about It,” Morris said. “For the Northern Alberta guys, Commonwealth is hallowed ground, that’s where they grew up watching football. Not a lot of people get to play at Commonwealth … so to be able to be out there at Commonwealth, playing right before the Elks is a very big deal for us.”

Alberta takes on the Regina Rams in preseason action in Medicine Hat on Aug. 25. The Bears open their 2022 regular season schedule with a visit to Vancouver to take on the UBC Thunderbirds on Sept. 3, before returning to Foote Field where they will host the Manitoba Bisons in their home opener on Sept. 9.

Tickets are on sale now through Ticketmaster for the Oct. 15 Golden Bears and Elks doubleheader.