Elks Players Get Boost From Supporters on Fan Day 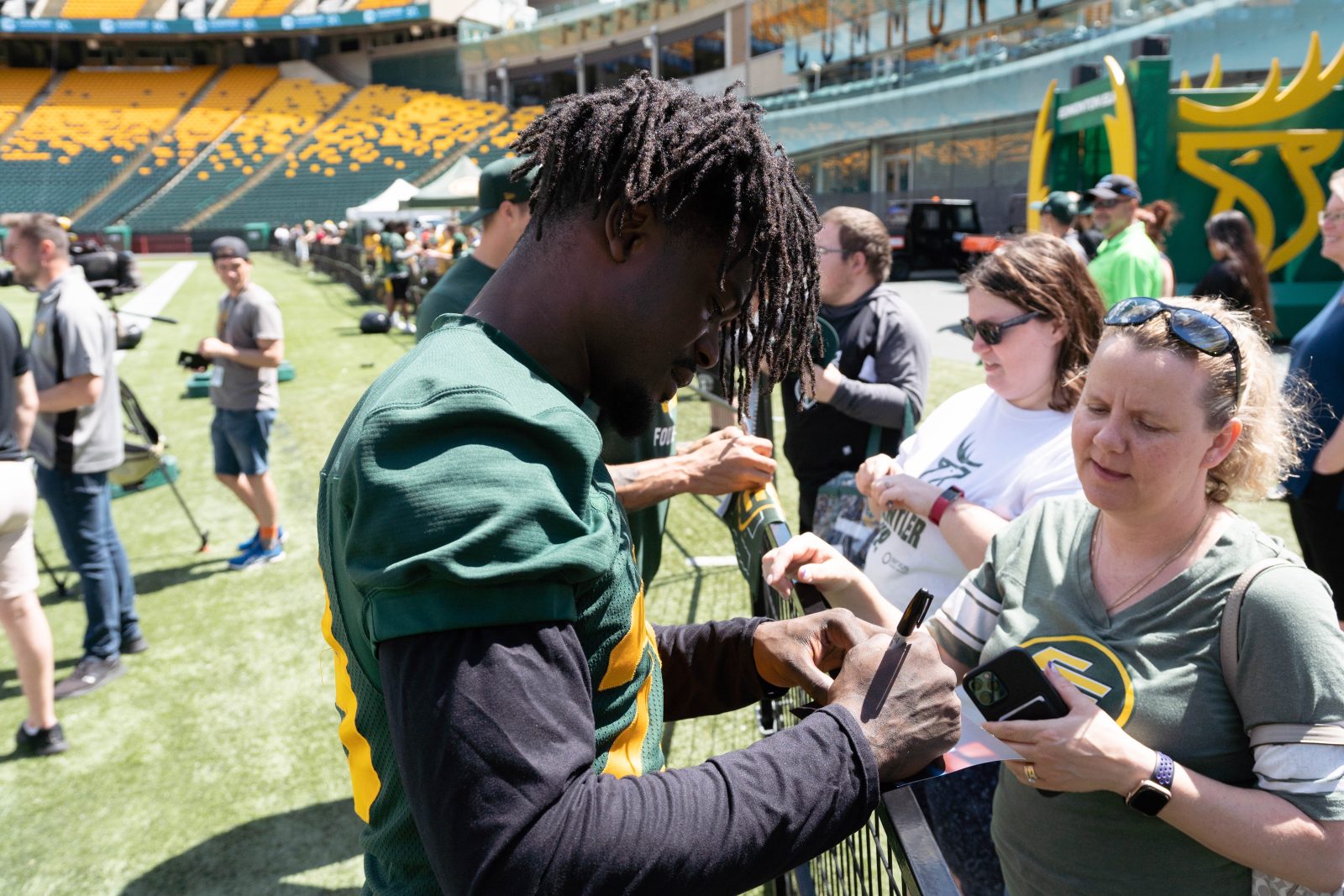 Elks Players Get Boost From Supporters on Fan Day

The return of Edmonton Elks Fan Day couldn’t have come at a better time for the CFL team and their loyal supporters.

Sunday (July 10) marked the first edition of the popular annual event since before the pandemic, in 2019. Fans were welcomed to The Brick Field at Commonwealth Stadium to take part in free fun activities, watch practice and meet their favourite members of the herd.

Fan Day was just what the doctor ordered for the Elks, who after last week’s tough home loss to the Calgary Stampeders are preparing to take on the Montreal Alouettes at Percival Molson Memorial Stadium on Thursday (July 14).

“It helps when you have a bunch of sunshine and good weather; fans are laughing and smiling, happy, and we appreciate that, especially after having a tough weekend,” Beard continued. “We’re very happy to see fans out, we’re very grateful.”

Highlights of Fan Day included the EE Gridiron Gang dunk tank, Kal Tire bike donation station, DJ Johnny Infamous spinning the tunes, and performances by the Elks drumline, cheer team, and mascots, to name a few. But by far and away, the most popular part for fans and players alike was the post-practice autograph session.

“It’s a lot of fun meeting people and talking football,” Beard added. “A lot of smiles.”

Sunday was also about business for the Elks, who are determined to get back in the win column when they visit Montreal. That was evident during practice, as fans who got to watch practice from the side of the field witnessed firsthand.

“It’s really nice to have them out,” Elks coach Chris Jones said. “The CFL is a fan’s game and we’ve got to play better football so we can give them what they need.”