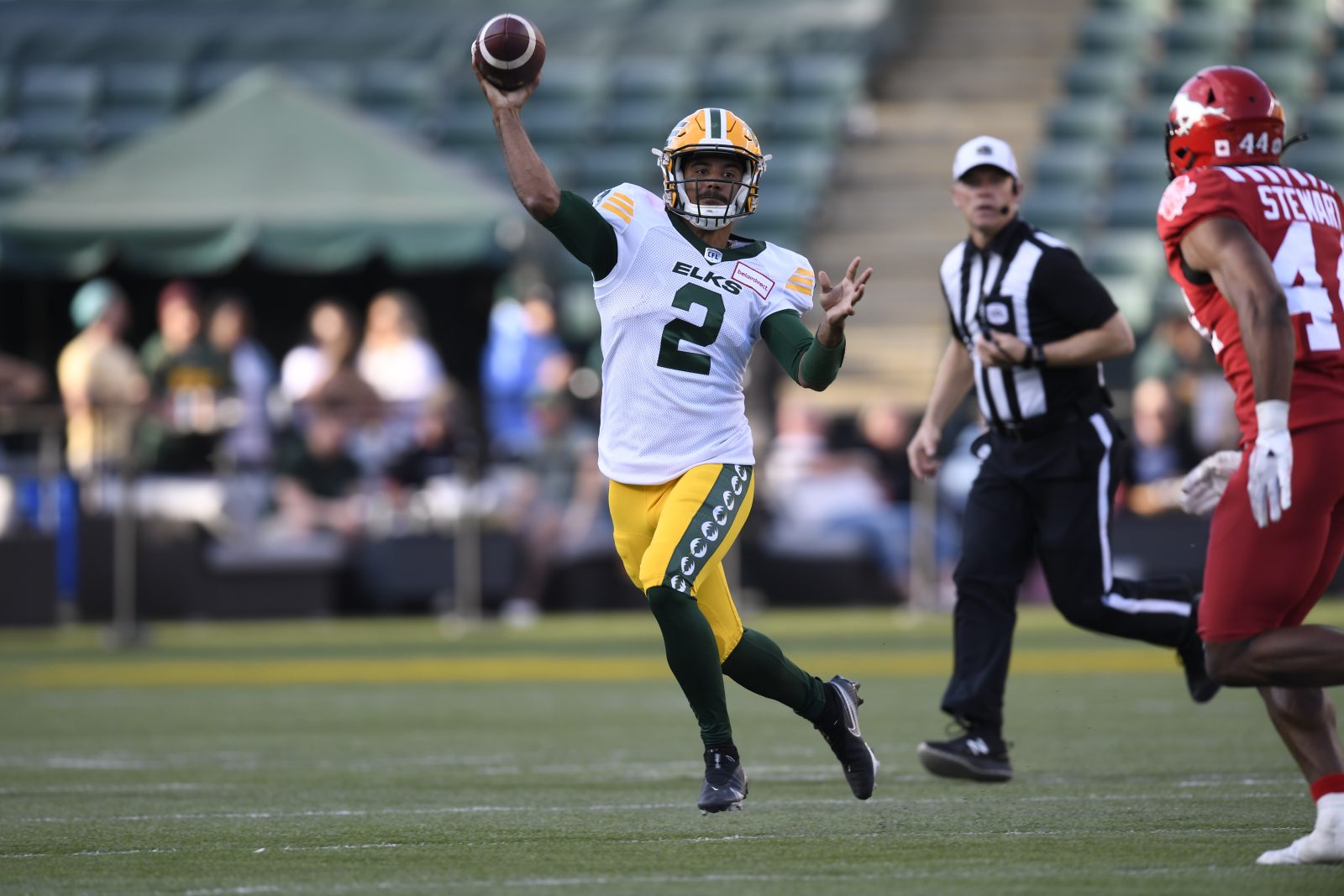 The rookie from the University of Waterloo is currently slated to start under centre, becoming the first Canadian to start at quarterback for the Green and Gold since Frank Cosentino did so more than half a century ago, on Oct. 30, 1968, against the Saskatchewan Roughriders in the final game of the regular season.

Elks head coach Chris Jones was one year and one month old at that time.

Cosentino, a Hamilton product, spent two seasons in Edmonton, and was the team’s nominee for the CFL Most Outstanding Canadian Award in 1967. He suited up for 32 games in Green and Gold, completing 206 of 387 passes for 2,794 yards with 14 touchdowns and 20 interceptions. Cosentino was inducted into the Canadian Football Hall of Fame in 2018.

Ford has already become the first Canadian appear in a regular season game for Edmonton since Greg Vavra in 1988. Vavra, who was recently enshrined in the Canadian Football Hall of Fame as part of the Class of 2020, saw limited action as a backup that season, completing 10 of 26 passes for 105 yards.

The eighth overall pick in the 2022 CFL Draft, Ford has dressed for all of three of Edmonton’s contests this season, completing one pass for three yards and rushing three times for 10 yards.

Friday will be Ford’s first game back in his home province of Ontario. Tim Hortons Field is just 45 minutes from his hometown of Niagara Falls and an hour’s drive from the University of Waterloo.

The six-foot-one Ford swept university football’s top honours last season, winning both the U Sports and OUA most outstanding player awards in 2021 while being named an All-Canadian and First-Team OUA All-Star. He won the Peter Gorman Trophy as the U Sports Rookie of the Year in 2017.

In six games last season, Ford completed 63.4 per cent of his passes for 1465 yards and 10 touchdowns, while adding 629 rushing yards and three scores on the ground.