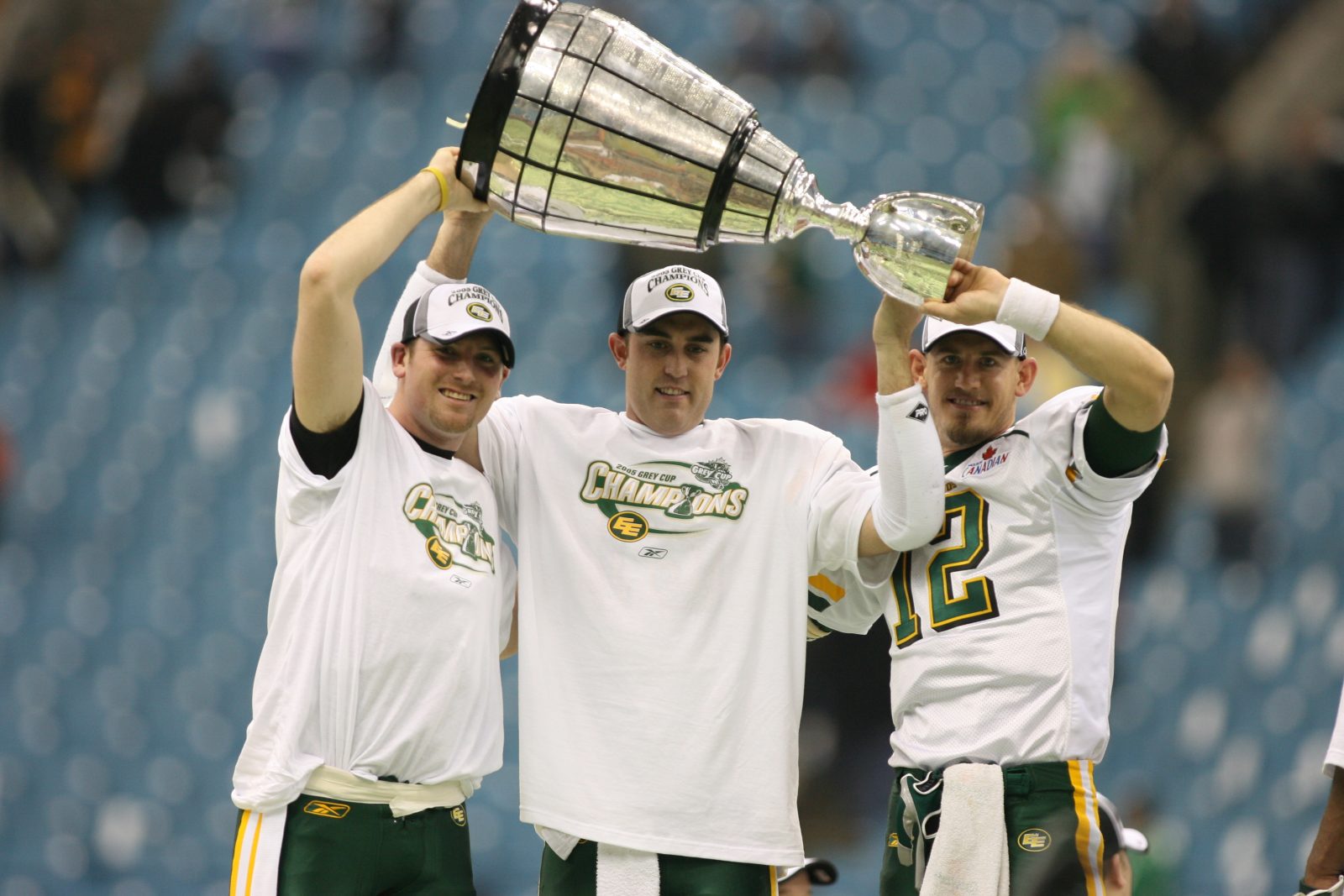 Filling in for the injured Jason Mass, Ricky Ray got his first career start, and made the most of his opportunity and then some, leading Edmonton to a 37-27 victory over the B.C. Lions at Commonwealth Stadium.

Ray wouldn’t relinquish the starter’s job from that point on, leading Edmonton to its first Grey Cup appearance in six years

Ray became the first quarterback to lead Edmonton to the Grey Cup since Allen in 1993, as the Green and Gold ended its 10-year championship drought with a 34-22 triumph over the Montreal Alouettes in Regina.

The second-year pivot played sublime, completing 22 of 32 passes for 301 yards with two touchdowns and zero interceptions, and managed the game to perfection, as Edmonton held a near 10-minute edge in time of possession.

Ray also scored a huge touchdown, plunging into the endzone early in the fourth quarter after Montreal had cut Edmonton’s lead to 24-22.

It was the night before Canada Day, but Edmonton brought the fireworks to CanadInns Stadium, where the visitors lit up the host Winnipeg Blue Bombers 27-8 on the strength of Ricky Ray’s most prolific performance in Green and Gold.

Ray threw for 469 yards, his Edmonton career high, with two touchdowns and zero interceptions. He completed passes to nine different targets, with three going over 100 yards receiving for the game.

The highlight was Ray’s 105-yard completion to Jason Tucker, which set the record for longest touchdown scoring play in franchise history.

The 93rd Grey Cup is one of the championship’s greatest games, and the greatest player of that game was Ricky Ray.

The star quarterback completed 35 of 45 passes for 359 yards with two touchdowns and zero interceptions, and also ran for a major en route to being named MVP of Edmonton’s 38-35 overtime victory over the Montreal Alouettes at B.C. Place in Vancouver.

Ray made numerous clutch plays late in the fourth quarter and overtime, including a one-yard rushing TD with just over one minute to play in the game, and an 11-yard touchdown toss to Jason Tucker to tie the game at 35 in OT.

Never known for his run ability, Ray became Damon Allen for one night, erupting for a career-high 135 rushing yards on 12 carries to lead Edmonton to lead past the B.C. Lions, 31-28 in overtime. It was the biggest win of the season, keeping the Green and Gold’s playoff hopes alive.

Ray’s fleet-footed feats included taking off for 45 yards on a play-action fake, the longest rush of his career. He also scored a major on the ground.

Passing-wise, it was a substandard night for the Green and Gold great, who was just 10 for 20 for 139 yards with one touchdown and two interceptions. But it was more than offset by his ground game, which completely baffled the Lions.