Football and Fatherhood Go Hand in Hand for Arbuckle 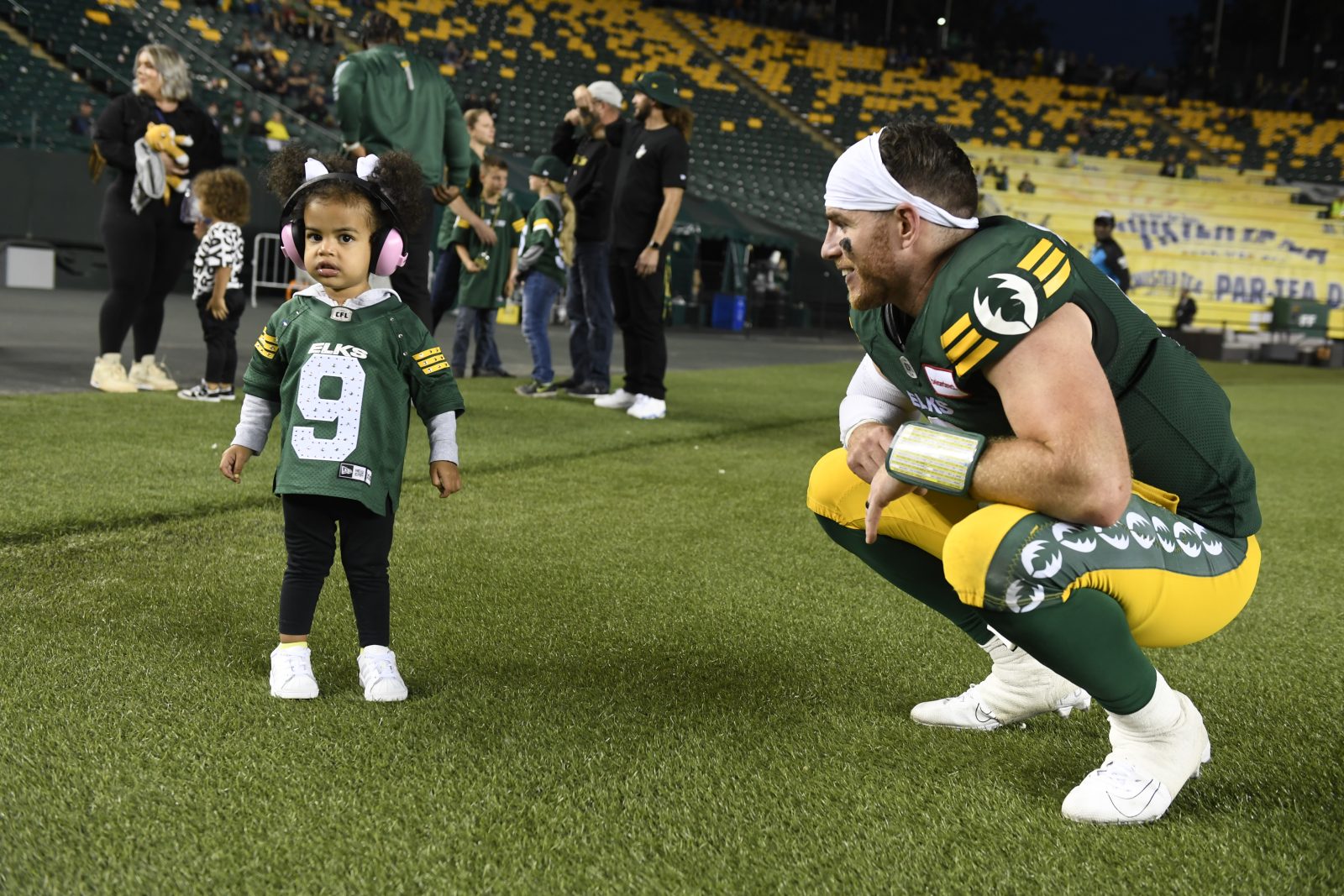 Football and Fatherhood Go Hand in Hand for Arbuckle

In the past and the present, as a child and a parent, football and fatherhood have always gone hand in hand for Nick Arbuckle.

Father’s Day is special for the Edmonton Elks quarterback, the coach’s son and now a proud father.

Nick’s daughter Aaliyah, who just turned 2, has already captured the hearts of the Elks herd, thanks to her starring role in “TD Toddler”. The clip, which Nick’s wife Zakiyyah shared a clip on social media, features Aaliyah proudly wearing a bedazzled Elks No. 9 jersey, tossing around a football, putting on her game face, trying on sunglasses, and just generally being loveable.

🤣🤣😍This is the greatest thing I’ve ever seen. I love you both so much, it’s game day! #goelks

p.s. didn’t know you could edit like this 🤣 https://t.co/HbaOkNI7C0

“Last year she came to one of my games but she was still at that age where she wasn’t even able to watch,” Arbuckle says. “I don’t know if she knew what was going on at that time, she was only a year old, and it was tough just for my wife to be able to watch the game tying to watch her, but now she knows her daddy plays football.”

Aaliyah came out to The Brick Field at Commonwealth Stadium this week and took to the field after practice. She’s already a natural.

“She was so excited about coming to work to play football too, so she knows what was going, she knows I was at training camp and that I was away at a hotel, playing football, so she has a really good understanding of what’s going on now at least, and so I’m really looking forward to her being able to watch and experience that when she sees her dad on tv, knowing that’s her daddy,” says Arbuckle. “It’s the best.”

Arbuckle wasn’t much older than Aaliyah when he started hanging around at practices coached by his dad.

“One of my first memories was being three, four years old, just out there on the practice field,” Arbuckle say. “My dad was the head coach, and I would go out there and steal all the players’ water while they were in practice.

Arbuckle’s father had retired from coaching, but came back to his coach his son in Nick’s first season playing quarterback, in eighth grade. Fifteen years later, Nick is now a veteran pro pivot, but still checks in with his dad post-game.

“We still talk every week about the games and I go through some of the game plan stuff with him because he’s still in-tuned to all of that,” Arbuckle says. “He knows what’s going on during the game and after the game I get to talk to him in detail about all the thing that went on.”