Elks’ Ceresna Honours Late Mother by Making the Most of Life

Elks’ Ceresna Honours Late Mother by Making the Most of Life

Elks defensive lineman Jake Ceresna returned to Edmonton last week, eager to get a jump start on his third campaign with the Green and Gold.

This offseason has been unlike any other for the 27-year-old veteran of three CFL seasons, whose mother Darlene passed away at age 64 in October following a two-year battle with cancer.

Darlene was Jake’s No. 1 fan and biggest supporter. And even though for the first time Jake is unable to call her after games, his mother’s influence has never been greater in his football career.

“Something that races through my head is that my mom worked too hard for me to not be great at what I do, to not take advantage of my life and live it to the fullest and to do what I love,” says Jake.

“For me to not take advantage of every opportunity that I’m given and go for everything that I want in my life is almost disrespectful in her memory, so I’m going to go for everything and be the best version of myself for her.”

Jake and his siblings, Daniel and Dayna, were raised by their parents Darlene and Brian in the town of New Fairfield, Conn. Darlene held multiple jobs, from working in health care in business administration, to managing restaurants and serving.

His parents were always there for Jake, taking him to practice, attending games, and making sure he had the gear needed for any activity he pursued, whether basketball, baseball, football, wrestling. Darlene didn’t’ care what sport he played, or if he played sports at all. Only that he was happy. That’s why he was able to return to action with the Elks so soon after her passing last fall. 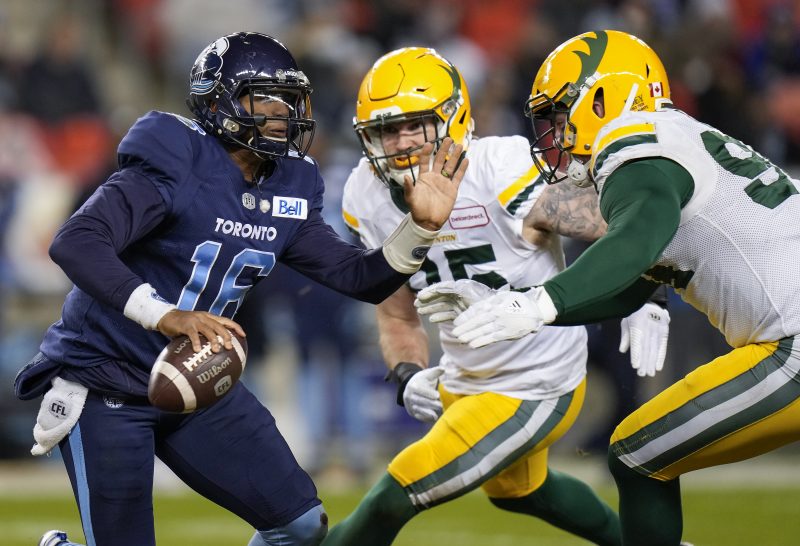 “She would have wanted me to do what I loved, so I came back, and it was therapeutic in a sense of just being able to go out on the field and just play,” says Jake, who suited up for three of the EE’s final four games to end the 2021 season.

“I was just playing in her memory, playing with no regrets, and playing fearlessly because of her. I’m trying to live for her and trying to do the best that I can because of everything that she’s done for me.”

For Jake, that includes attending the 2022 Edmonton Elks Women’s Dinner, presented by James H. Brown & Associates, Injury Lawyers, on May 5. The event has raised over $600,000 for the Edmonton Elks Women’s Ovarian Cancer Research Endowment Fund, supporting local researchers in their ongoing work to develop an early detection system and new treatment protocols for ovarian cancer.

“If I can help this cause and make a difference in someone’s life in my mother’s name, then absolutely 100 times out of 100 I’m going to do it” says Jake. “I’m going do it for her and do it for future generations to come.”

Tickets for the Edmonton Elks Women’s Dinner are available now through Ticketmaster, and can be purchased online or by calling  780-508-8504.