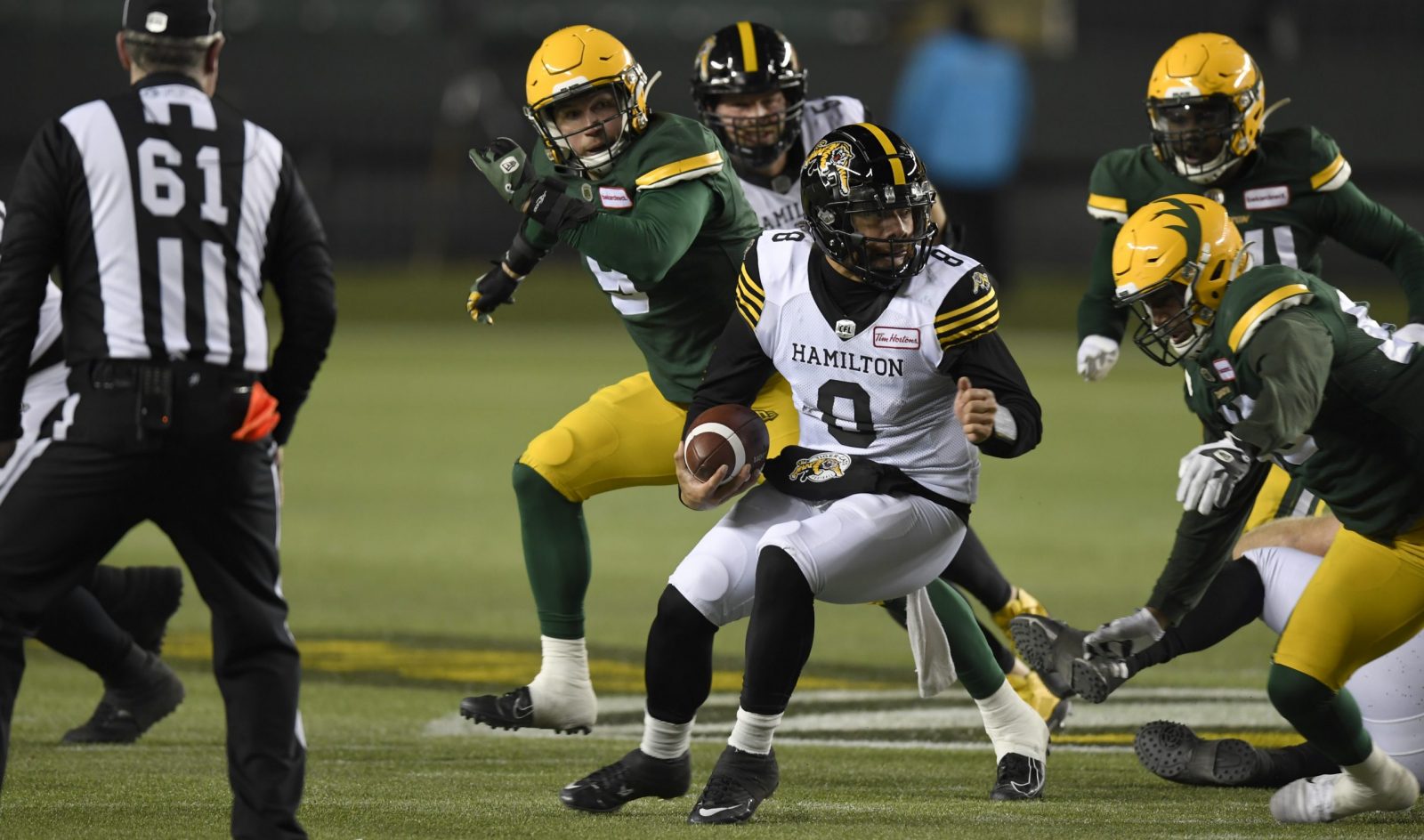 EDMONTON – The Edmonton Elks fell 39-23 Friday night to the Hamilton Tiger-Cats at The Brick Field at Commonwealth Stadium, as quarterback Jeremiah Masoli powered the Ti-Cats to a convincing road victory.

It was another disappointing home result for the Elks, who fell to 2-8 on the season and 0-6 at The Brick Field at Commonwealth Stadium in 2021. Meanwhile, the Ti-Cats improved their record to 6-5 on the season, boosting their East Division home playoff hopes. The win evened Hamilton in the win department with the division-leading Montreal Alouettes and Toronto Argonauts, who are both in action tomorrow.

First half passing TDs from Masoli to Steven Dunbar, Tim White, and Jaleon Acklin helped power Hamilton to a healthy 27-4 lead on scores of 12, 26, and 65 yards respectively. Those trio of touchdowns were accompanied by Don Jackson’s fourth quarter rushing touchdown, capping off an impressive night for the former Calgary Stampeder, who racked up 120 yards on the ground.

The aforementioned Masoli had a big night for Hamilton, tossing 357 yards without an interception.

Opposite Hamilton’s big offensive night was another challenging evening for the Elks, who got two fourth quarter touchdowns to tighten the deficit, but only rushed for 87 yards on the night, and passed for 251.

Despite the loss, Edmonton is still mathematically in the CFL playoff hunt with four games to play. That mountain, however, is admittedly a big one for the Green and Gold, who have now suffered six consecutive losses and are eyeing the most grueling stretch in CFL history with three games between November 13 and 19 to finish the season.

With the score 17-4 for the Tiger-Cats late in the second quarter, Hamilton went to work again with some quick strike offensive fireworks that increased the lead to 20 points.

Masoli tossed what stood up as the longest passing play of the game, finding Acklin on a 65-yard touchdown pass. Acklin made his lone catch of the night an impactful one, as he went 22 yards after the catch to find the end zone. 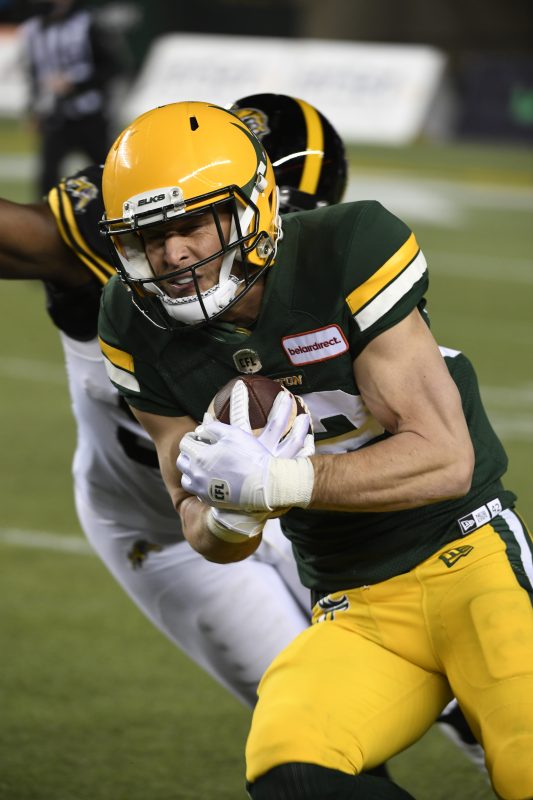 The veteran receiver had the best offensive night of any Elk, leading the team in receptions with seven and set the table for Edmonton’s first touchdown of the night, hauling in a 17-yard pass. Dakota Prukop’s one-yard TD plunge moments later made it 32-15.

Through 10 weeks, Ellingson leads the team in receiving yards with 687. That total has him sitting fifth in the CFL.

The Elks are at home for a final time this season next week, as the Saskatchewan Roughriders come to town on Friday, November 5. Kickoff for fan appreciation night is slated for 7:45 p.m. MT.