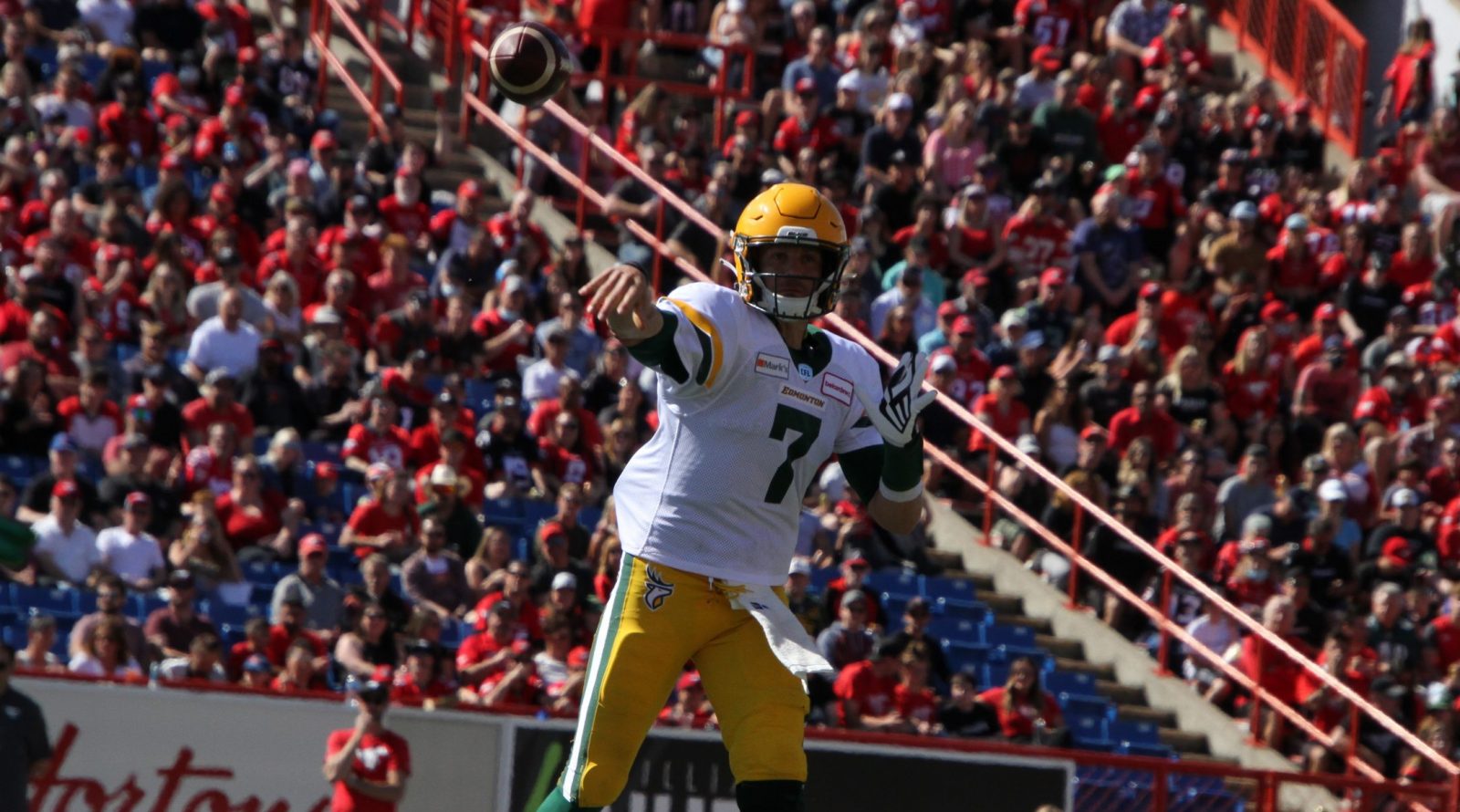 EDMONTON – A decade in the making, a sweep in the Labour Day Series against the Calgary Stampeders is finally within sight.

Fresh off a 32-20 win over the Stamps on Monday, the Edmonton Elks head into Saturday night’s Labour Day Rematch presented by Save-On-Foods with their eyes on a sweep of their provincial rivals.

It was 2004 when Edmonton last won back-to-back games against the Stampeders Labour Day week, and now this version of the Green and Gold are keen to make a serious statement as the second half of this abbreviated CFL season approaches.

Edmonton enters the contest looking for their first home win of the season after winning consecutive road games to even their record at 2-2.

The Elks are also seeking the club’s first three-game winning streak since weeks 5-8 (bye in Week 6) of 2018. 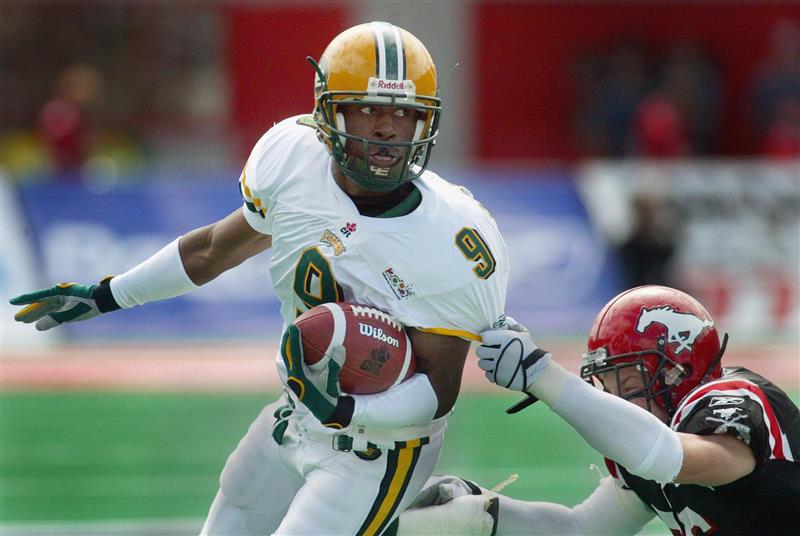 The Elks enter Saturday looking for what’s proven to be an elusive sweep for the Green and Gold against their provincial rivals.

In fact, it’s been 16 seasons since Edmonton last swept the Labour Day series. The Green and Gold emphatically won both the Labour Day Classic (25-7) and the Rematch (44-12) back in 2004. That season just happens to be the last time the Stamps started a season 1-5, and the last time Calgary missed the playoffs. 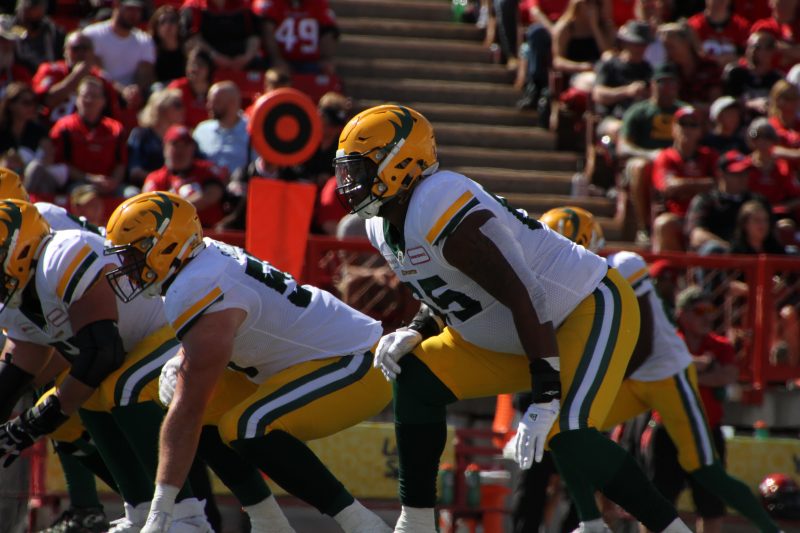 De’Ondre Wesley made his CFL and Elks debut in the Labour Day Classic last week. The veteran of seven career NFL games (2017-19) was the latest newcomer to an offensive line that’s been anything but set in stone this season.

The former Baltimore Raven will get his second start at left tackle this week after missing time earlier this season when he travelled back to the US for the birth of his second child. Wesley’s debut may have been delayed, but expect him to have staying power on an offensive line that has been anything set in stone due to injuries dating back to training camp.

In fact, Saturday’s game will be the first time this season the Elks feature the same starters on the offensive line in back-to-back games.

The defence just got better.

Welcome to the Green and Gold Derrick Moncrief!

Edmonton won the Derrick Moncrief sweepstakes earlier this week, adding to the good vibes around the team after Monday’s win in Calgary.

A CFL all-star in Saskatchewan back in 2019, the Oklahoma State product joins the Elks after spending the 2020 season split between the L.A. Rams and Las Vegas Raiders practice squads.

Moncrief is in Edmonton after travelling to his new home on Thursday, and is expected to take the field for the Elks early next week when the team returns to practice.

In case you hadn’t noticed, James Wilder Jr. is enjoying a renaissance season in Edmonton. The veteran running back leads the CFL in rushing yards with 366 through four games.