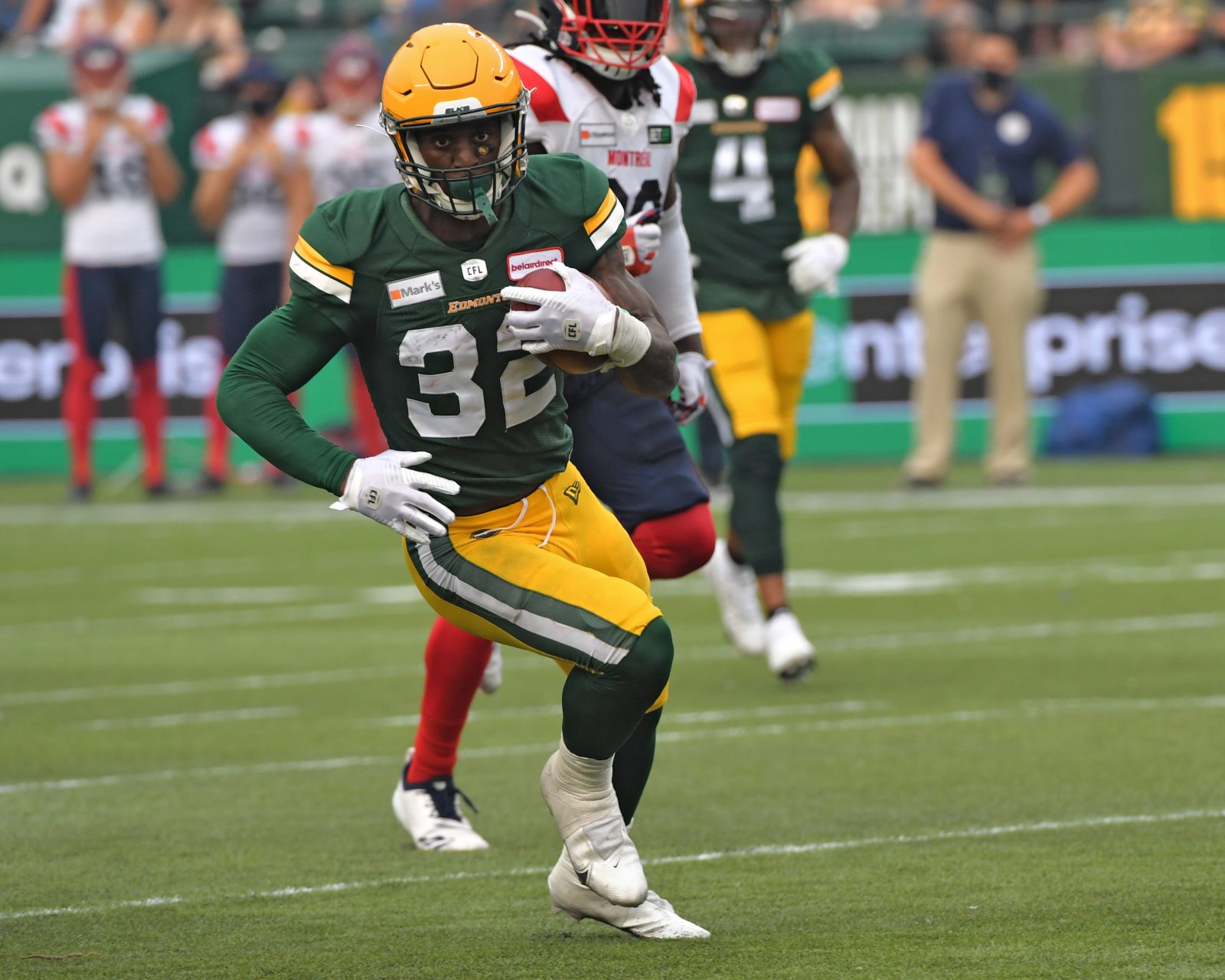 VANCOUVER – Eyeing their first win of 2021, the Edmonton Elks head on the road this week for a Thursday night matchup with the B.C. Lions.

Edmonton enters the night looking to erase the memory of a disappointing two-game homestand to open this long-awaited CFL season. A win Thursday night in Vancouver at BC Place Stadium will go a long way to easing the sting of losses to Ottawa and Montreal.

And while much ink has been spilled, and plenty of airtime spent on the significance of a fast start during this abbreviated 14-game CFL season, the reality is that a dozen games remain for the Elks to prove their worth, with nine of those games coming against West Division opponents.

The Lions, coming off a 15-9 win over the Calgary Stampeders last week, are back at home for the first time since November 2, 2019. In a bit of a scheduling quirk, the game is the first of two meetings between the Elks and Lions in Vancouver this season, with the pair also set to meet on the West Coast November 19th to wrap up the regular season.

The Elks enter Thursday night’s game without one of the preeminent Canadian defenders in the league, as it was announced Wednesday that defensive end Kwaku Boateng had entered COVID protocols.

Boateng registered a pair of sacks for Edmonton Week 1 against Ottawa, and has been placed on the one-game injured list. 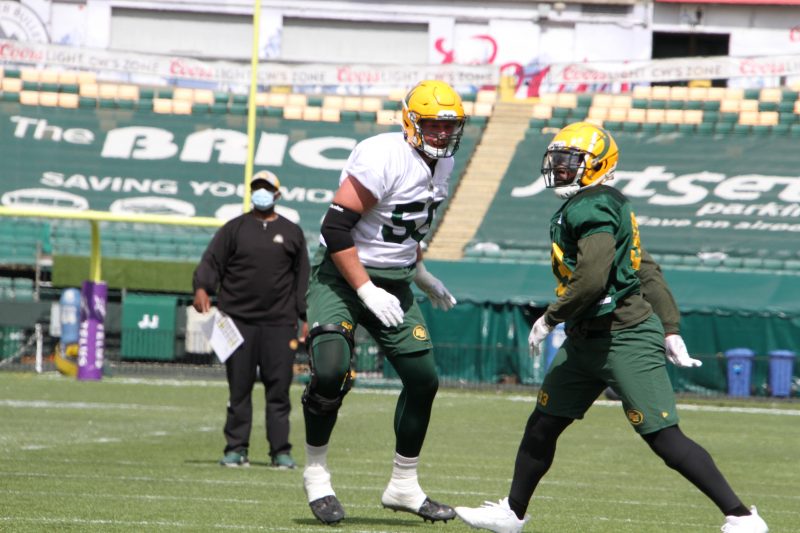 Offensive lineman Kyle Saxelid will be in the lineup Thursday night, making his 2021 debut.

The UNLV product injured his back early in training camp and missed the opening two weeks of the season. He was close to dressing Week 2 against the Montreal Alouettes, but the squad erred on the side of caution.

Saxelid provides some welcome reinforcement on an offensive line that has been thinned out due to injury this season, including last week when D’Antne Demery was a late subtraction at left tackle. The move, which saw Demery move to the six-game after receiving new medical information Friday, forced Edmonton to slide Justin Renfrow to left tackle and Steve Nielsen getting his first career CFL start at right tackle. 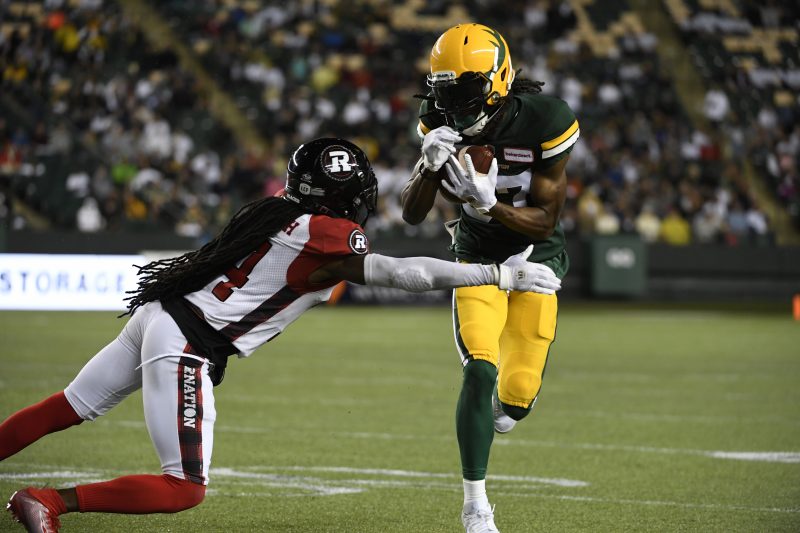 James Wilder Jr. and Derel Walker have led the offensive charge for the Elks so far this season.

Wilder Jr. has rushing performances of 89 and 85 yards to his name this season, with his 174 rushing yards best in the CFL. Through the air, Walker led the Green and Gold in receiving yards both weeks with 98 and 76 yards respectively.

Walker comes into the night the league’s third leading receiver with 174 yards.

Along with Edmonton’s No. 87, there will be no shortage of talented receivers on the BC sideline, as Walker is countered by the Lions’ one-two combo of Lucky Whitehead and Bryan Burnham.

BC’s dynamic pair top the CFL’s receiving yards list with 244 (Whitehead) and 213 (Burnham) yards. Whitehead’s three receptions of 30 or more yards is tied for best in the CFL with Calgary’s Kamar Jorden. 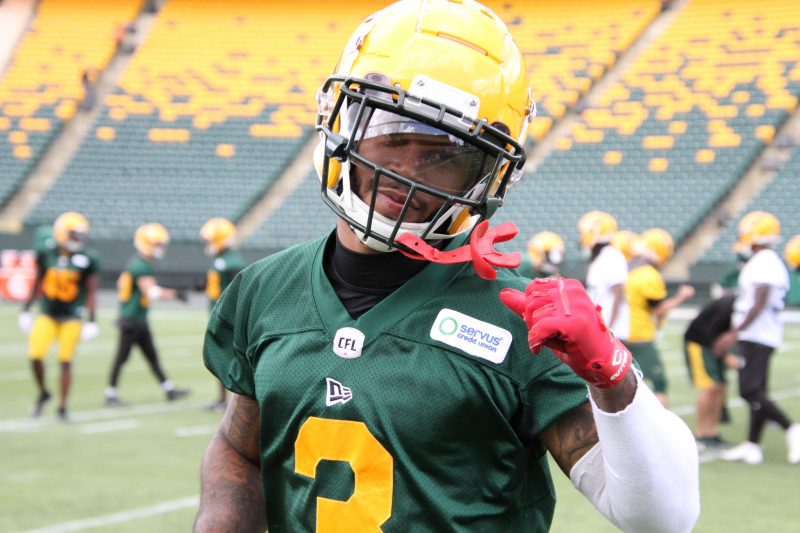 While SirVincent Rogers is still on Edmonton’s six-game injured list with a chest injury, he was back on the sidelines at Elks practice. Rogers returned after clearing COVID protocols, following his positive test Week 1 of the season.

Along with Rogers, Brian Walker also cleared protocols and was back with his teammates this week after his positive test opening week. He draws into the lineup this week for the 30th CFL regular season game of his career.

Aaron Grymes needs two defensive tackles to reach 200 in his Green and Gold career. That would tie him for 20th all-time with Marcell Young.