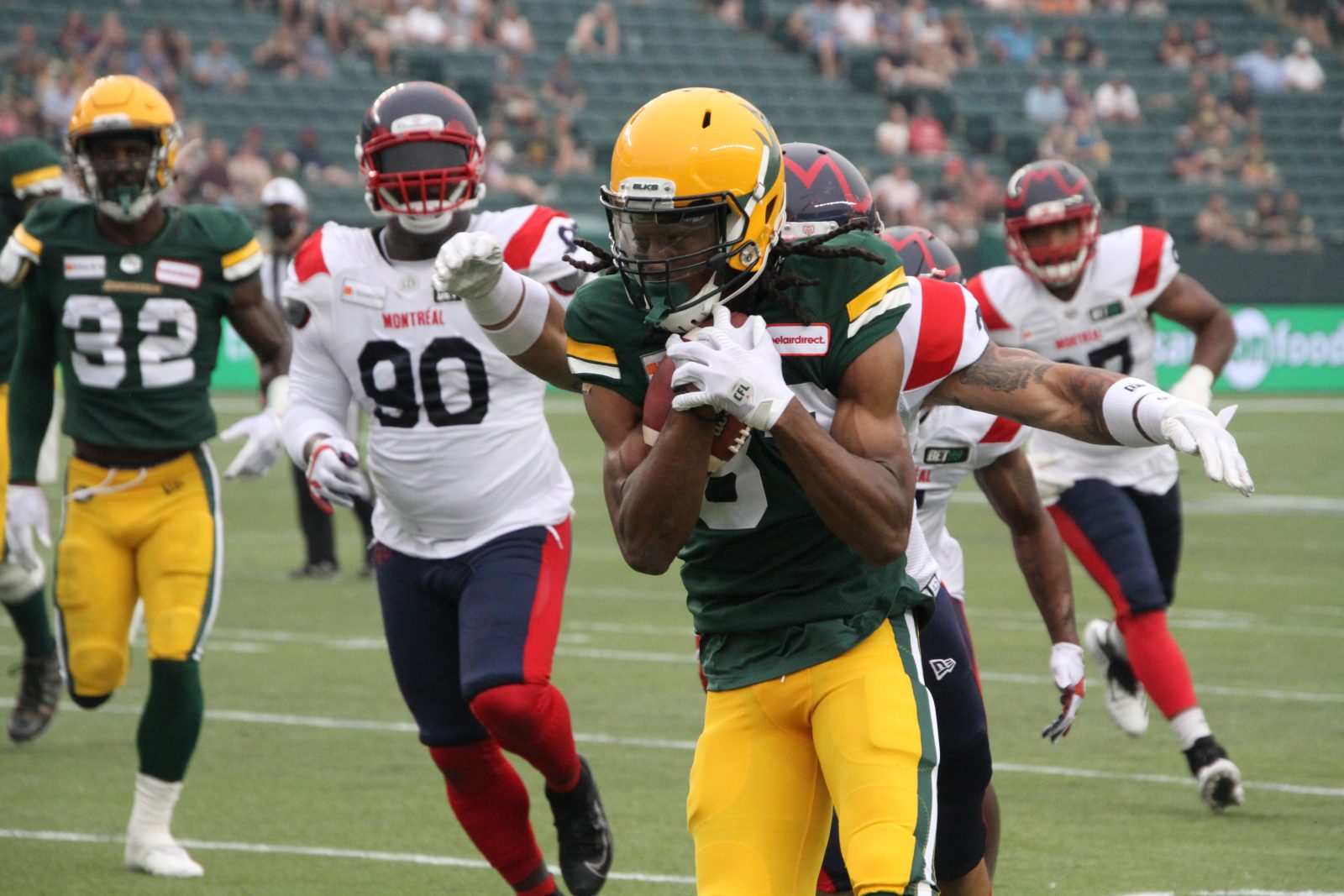 EDMONTON – Shai Ross’ first career CFL touchdown was the lone major of the night for the Edmonton Elks, as the Montreal Alouettes came into The Brick Field at Commonwealth Stadium and scored a 30-13 victory Saturday night.

Ross, a product of the University of Manitoba, found the end zone with just 1:38 remaining in the fourth, hauling in an 11-yard toss from Trevor Harris.

The second-year receiver finished the night with three catches for 35 yards, while the Als were sparked by the special teams performance of Mario Alford.

Montreal’s return man provided excellent field position for the Als, racking up a total of 161 return yards on a night that saw William Stanback rush for 112 yards on 18 carries.

Speaking of Alford, he provided the biggest moment of the night, taking a Hugh O’Neill punt back 86 yards for a touchdown in the second quarter. Alford’s return made it 16-3 Montreal and stood up as the winning score.

Walker made that look easy 😎 pic.twitter.com/psycUJUzcN