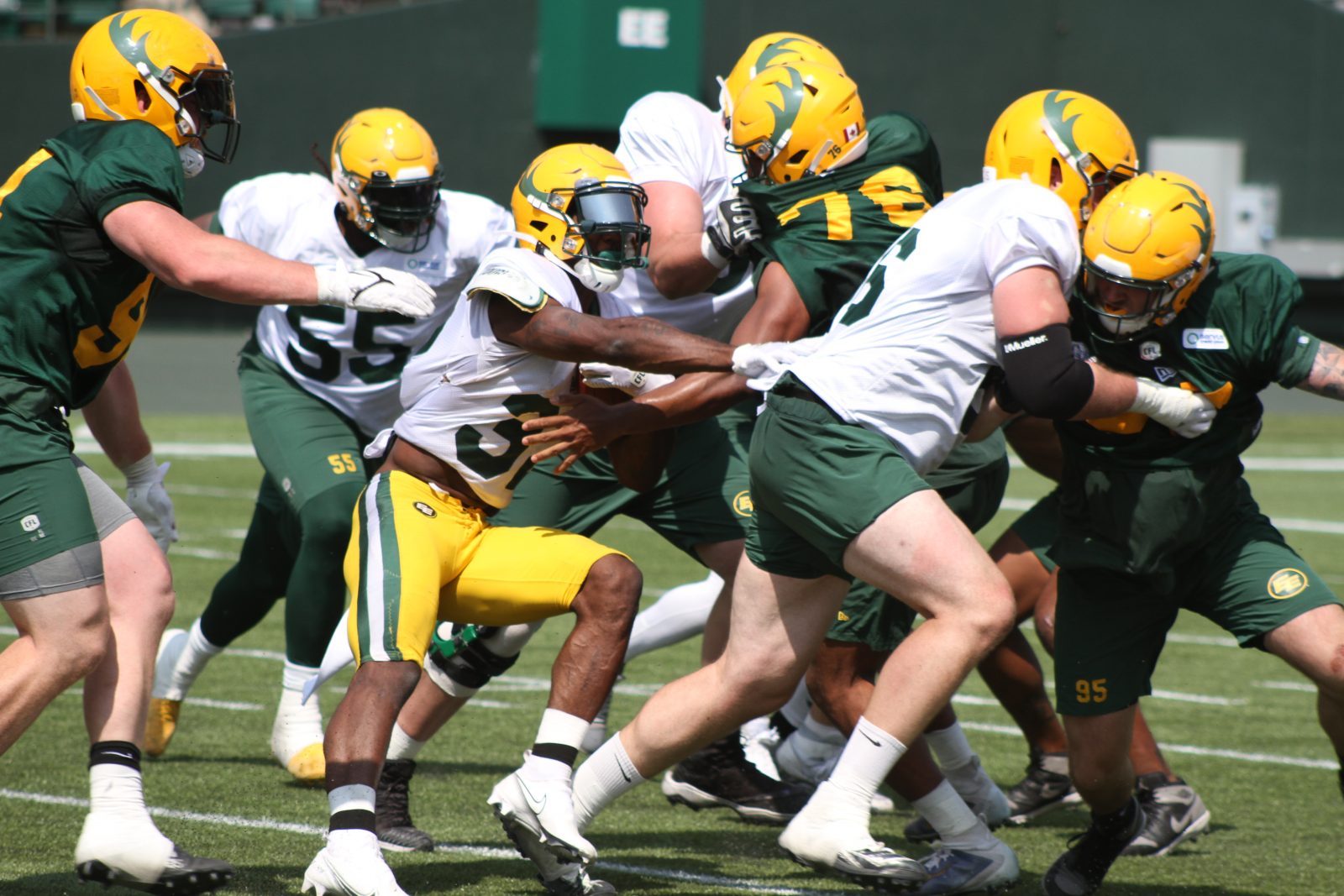 Training camp rolled on Wednesday, as the Edmonton Elks took the field in shoulder pads for the first time during training camp 2021.

It was Edmonton’s third practice in as many days, as the team gets set for a regeneration day on Wednesday.

Here are a trio of storylines from Day 3 of camp. If you’re looking for even more content, you can find all our training camp coverage – including photo galleries – at Elks Training Camp Central.

This here is just a blessing 🙏🏾 pic.twitter.com/mUSpvR9TcD

In some ways Caleb Ham is just like any Edmonton football newcomer.

After all, last week was the first time the Fordham product had been to the Alberta capital.

But when you’re the son of former Green and Gold standout and CFL Hall of Fame quarterback Tracy Ham, who played in Edmonton from 1987 to 1991, your name is bound to standout.

The defensive back, who suited up in three games for the Toronto Argonauts during the 2019 CFL season, is looking to become the second Ham to leave his mark in Green and Gold.

As you can see from the Twitter post above, Ham’s training camp stall in the Elks’ locker room is a special one, sitting just underneath his famous dad’s picture.

“It’s very humbling,” said Ham of seeing the former Edmonton greats in the locker room, his dad included. “I posted the thing on Twitter and it was just a blessing to see my dad basically right beside my locker.”

“It’s definitely something that I look at and look forward to (seeing) every day when I come to the locker room. Going into the locker room is very eye-opening, because you see the history.”

“This is my first time in Edmonton, because obviously I wasn’t born yet when my dad was in Edmonton,” the 25-year-old Ham pointed out.

“(His picture) helps me lock in and be like ‘I’ve got to attack the day today.'” 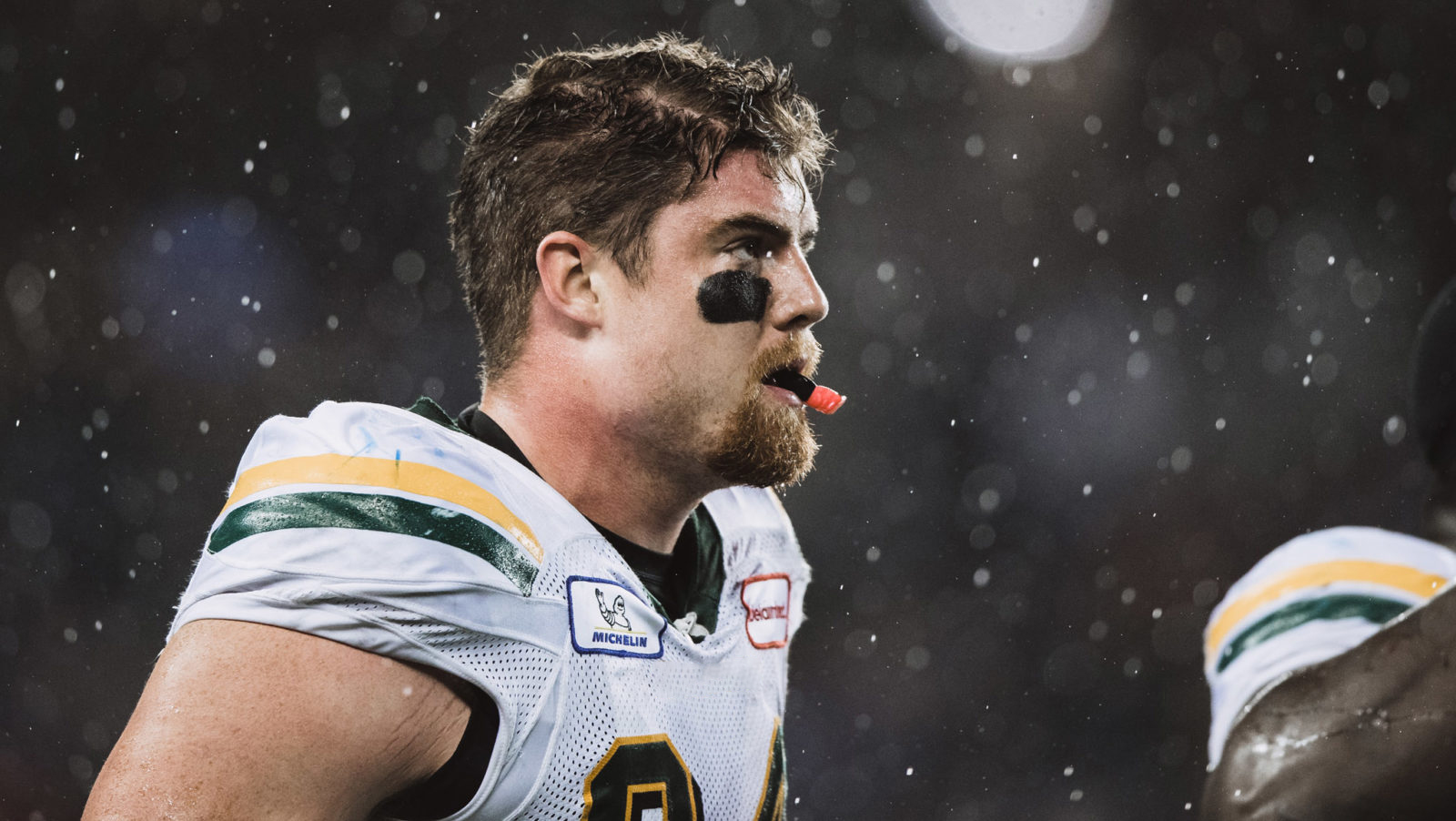 2018 was a breakout season for defensive lineman Jake Ceresna in the CFL.

Elks fans will recall that stellar season after Ceresna was acquired by Edmonton via a trade with Ottawa for Odell Willis ahead of the 2018 campaign. That trade proved to be a winner for Edmonton, as the Cortland product tallied 32 defensive tackles, eight quarterback sacks and one forced fumble during his first season in Green and Gold.

Ceresna’s numbers led to a chance in the NFL with the New York Giants, before the six-foot-five lineman returned to Edmonton in late 2019.

Now, Ceresna has his sights on regaining his 2018 form and more.

“It’s just a lot of film study, seeing the good things that you did in that year and just building on top of that,” Ceresna said of rekindling what worked in 2018.

“I’m stronger and faster than I was that year and so now it’s just for me being technically sound, knowing my opportunities and making plays when my number is called.”

Head coach Jaime Elizondo and company have thrown a lot at the group through three days.

That’s been by design, as the staff looks to see how players will react and separate themselves.

“But we put a lot of volume in the first three days and that’s by design to kind of see how the guys can handle it…Now it’s a matter of refinement (and) continuing to coach the little details that make the difference.”

“You start to see some separation (Day 3). I’m eager to see this practice (on film), because I think we’re going to start seeing some guys that are really picking it up and playing fast, and some guys that are starting to hesitate and just thinking too much.”