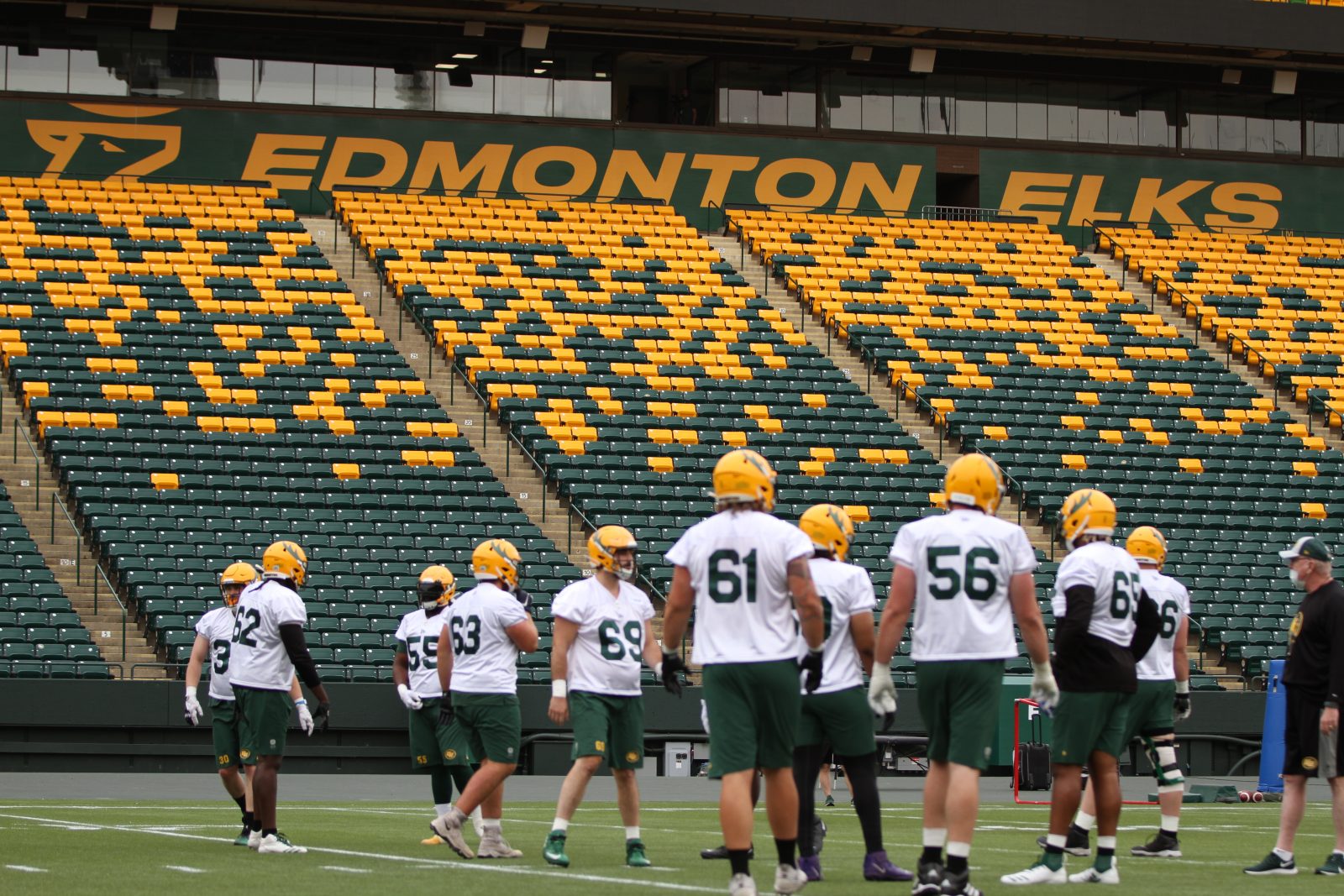 Finally there was football to watch on The Brick Field at Commonwealth Stadium.

If you’ve been waiting for Canadian football to return to Edmonton you’ve had plenty of company, as the Elks took the field Sunday for the first time during their much-awaited 2021 training camp.

All camp long we’ll keep you updated with a rundown of the day that was, as we work our way towards opening night on August 7 against the Ottawa REDBLACKS.

HARRIS LOCKED IN AFTER LAYOFF 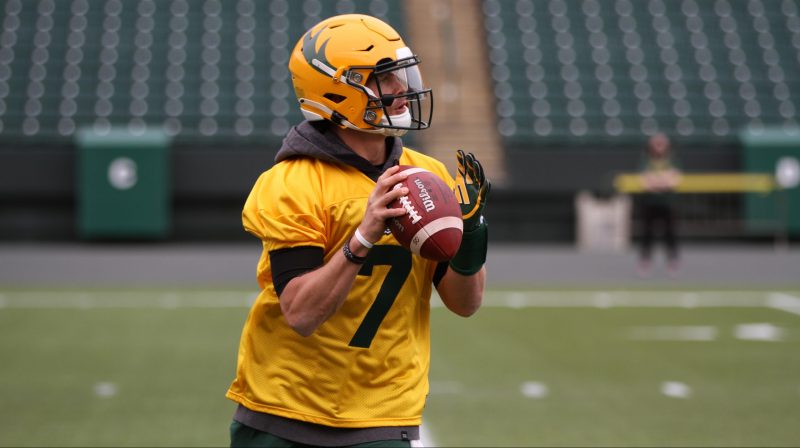 That’s how long it had been for Trevor Harris between snaps on The Brick Field at Commonwealth Stadium.

Despite it being more than 20 months since last taking the field in Edmonton – the last time coming against Saskatchewan October 26, 2019 – the Elks’ veteran quarterback felt good Sunday.

“We went through the first period and I just felt like I didn’t miss a day. I felt like I was seeing the defence well. I felt slow and under control,” Harris explained.

Overall, it was an impressive day for the squad in the eye’s of Harris.

“Day 1s are always high intensity, a lot of energy sort of day and guys are anxious to show off  their off-season training and how they look,” Harris pointed out. “Today did not fall short of expectations. I think we have a lot of guys that are really, really good football players and we’ve got some young guys that can really, really play.”

LOVING THE NEW LOOK AND BEING BACK

There’s been no shortage of ink spilled over the club’s new look, and while the players are here for football, you better believe they’ve noticed the new brand.

While fans won’t get a full sense of what the club looks like on-field – both in terms of the new brand and more importantly from a football standpoint – until the CFL regular season kicks off in August, Sunday did provide a sneak peek of the Elks’ new helmets.

Count second-year linebacker Vontae Diggs as a fan of the antler look.

“It feels great. It feels absolutely great. I mean the helmets look dope,” said Diggs. “We haven’t really seen the jerseys yet, but everything looks great.”

The helmets may have caught Diggs’ eye, but it was just being back playing football that defined the Connecticut product’s first day.

“Huge smile on everyone’s face, including myself,” Diggs said of being back at practice. “Lots of energy, lots of love. The brotherhood is back, so it’s just an amazing feeling to finally be back on the field competing against some of the best guys in the league.”

SIRVINCENT SAVOURS STEPPING BACK ON FIELD 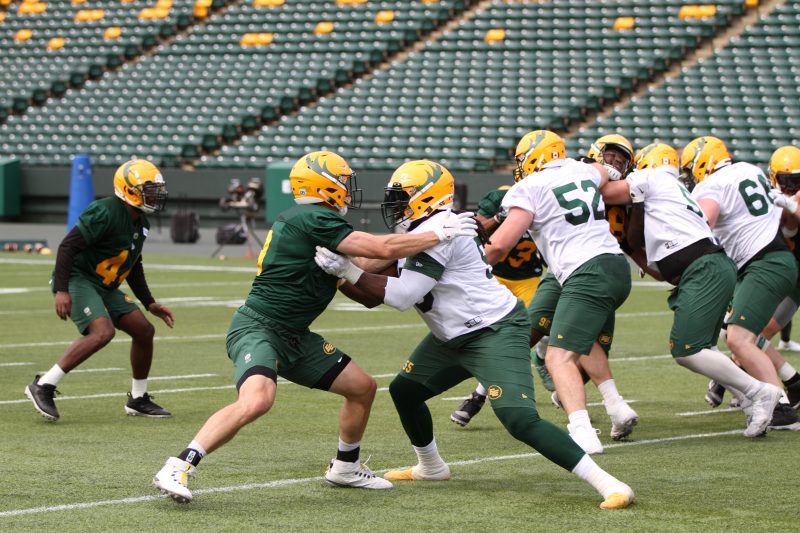 If you think the layoff felt long for most players, just ask SirVincent Rogers what it was like.

A free agent signing prior to the 2019 season, Rogers missed all of the 2019 CFL season with an injury suffered in training camp. That means the veteran offensive linemen’s last action was back in 2018 when he was still a member of the Ottawa REDBLACKS.

“Long, man. Even longer for me,” Rogers pointed out. “I was out all of ’19 as well, so if the guys were out 16-18 months I was out even longer than that. It felt long, so it felt good to get today in and get a starting point.”

“It’s been a long journey going through the injury and everything with COVID. For us to get together safe, get all these tests leading up and then us all being able to get together for Day 1 (of camp) and get a starting point, I was just really grateful to get on the field and be a part of what we’re trying to establish here.”

The players weren’t the only ones buzzing for the first day of on-field activities.

Head coach Jaime Elizondo was also more than happy to get his first practice under his belt with the Elks.

The 23rd head coach in club history liked what he saw on a day that was defined by joy to be back on the gridiron.

“There are moments you step back on the field and you’re calling that play again and you’re seeing guys interacting and communicate on defence, you’re seeing the play called in the huddle – it’s all really cool stuff, really fun,” said Elks head coach Jaime Elizondo.

“I thought our guys did a great job setting the tempo for what we want to be and how we want to practice. Obviously there’s mistakes in every part of practice, but I thought the guys for having been off for 18 months did a heck of a job.”