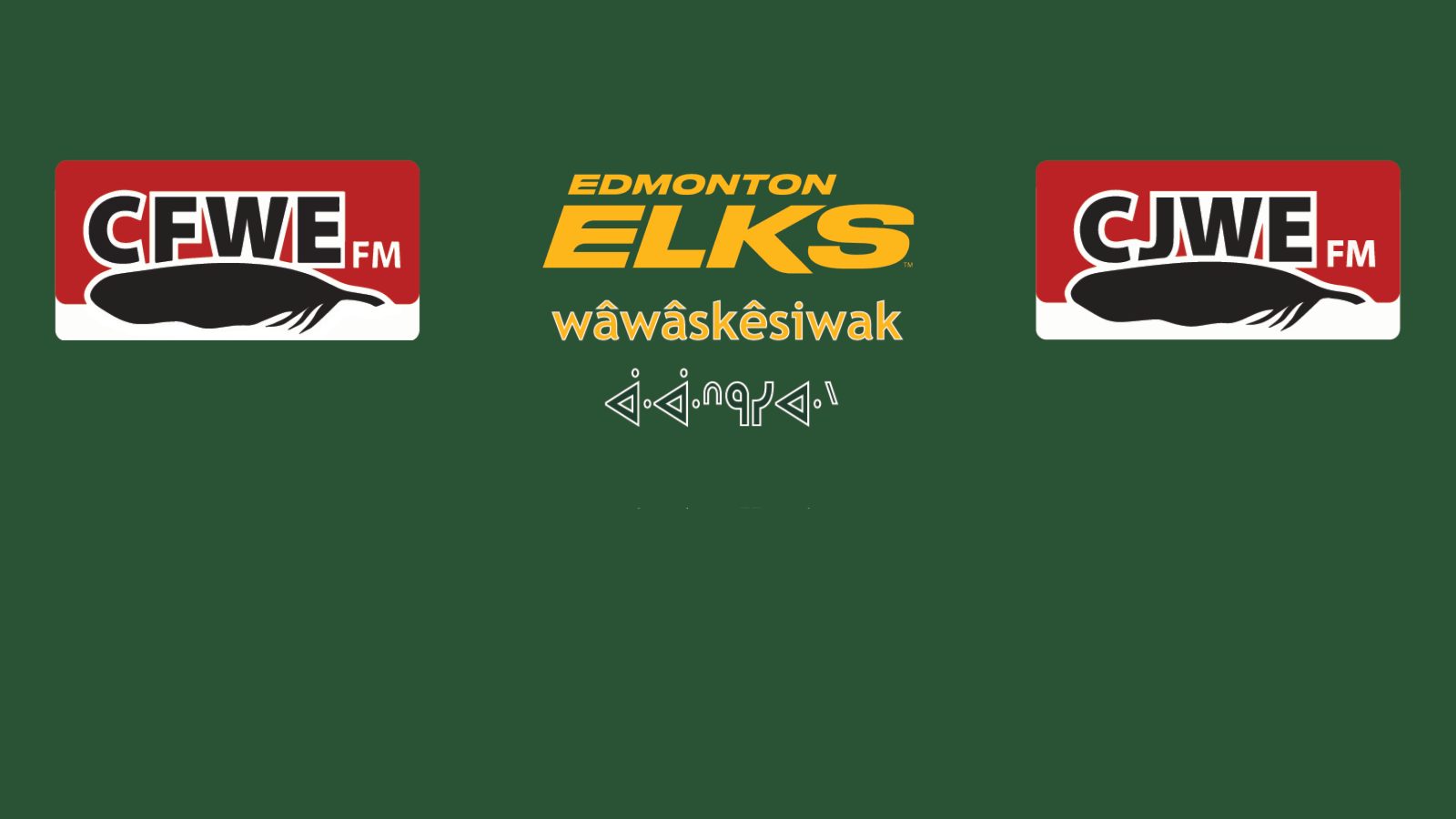 EDMONTON – For the first time in CFL history, a game is set to be broadcast in an Indigenous language. The Edmonton Elks are proud to be partnering with Windspeaker Media on a nêhiyawêwin (Cree) radio broadcast of their July 22 home game against the Winnipeg Blue Bombers at The Brick Field at Commonwealth Stadium.

The broadcast will air across the province of Alberta on Windspeaker’s stations CFWE (98.5 FM in Edmonton) and CJWE (88.1 FM in Calgary).

The partnership is part of the Elks’ Indigenous Celebration game, which will also feature the Canadian national anthem performed in nêhiyawêwin (Cree) and English, the game’s coin toss by Grand Chief of Treaty Six First Nations George Arcand Jr., and an Indigenous performance at halftime.

On-air duties for the historic broadcast will be handled by Wayne Jackson, Darcy Houle, and Edwin Thomas.

“This will be an exciting and historic broadcast as it will allow the Cree language to be broadcast on an entire network to football fans across Alberta,” said Bert Crowfoot, the founder and CEO of the Aboriginal Multi-Media Society, which includes radio stations CFWE North, CJWE South, and 89.3 The Raven Edmonton.

“Sports has the power to transcend all language barriers. As a community-owned team, bringing people together around the game of football is one of our main objectives,” said Elks President and CEO Victor Cui, who announced the partnership earlier Friday morning on CFWE’s morning show.

“We’re excited to be working with a tremendous partner like Windspeaker Media, who has gone above and beyond to make this historic broadcast a reality.”

CFWE and CJWE listeners can also enter to win a chance to attend the game, as the Elks have partnered to help bring fans from across the province to the game for a VIP experience. Listeners should tune in over the coming weeks to hear how they can win.

Wayne Jackson is originally from the Goodfish Lake First Nation in northeastern Alberta.

Raised in a nêhiyaw (Cree) speaking family, Wayne’s first language was nêhiyawêwin & later learned English when he attended school & with the advent of the television to the community began to use more English with others his own age.

Wayne has been a Cree language teacher and a language advocate of nêhiyawêwin for over 20 years.

“It will be monumental to broadcast in the language of our ancestors on Treaty Six Territory for what we pray to be a start of common occurrence in the revitalization of our indigenous languages,” said Jackson.

Darcy Houle is from the Goodfish Lake First Nation on Treaty Six Territory and his first language is nêhiyawêwin (Cree), of which he is a fluent speaker.

Raised in a family that was fluent and a community of speakers, Darcy continues to promote the language by speaking and using nêhiyawêwin on a daily basis.

Darcy is also an avid fan of the Elks and is looking forward to calling the first indigenous broadcast of an Elks game on this historic night.

Edwin Thomas is from the Saulteaux First Nation, Saskatchewan and is fluent in nêhiyawêwin and versed in Saulteaux language.

The youngest of three brothers, Edwin is currently a summer student at Blue Quills University with the New Horizon Project, and is continuing full-time studies this fall for a third year in the Bachelor of Arts in nêhiyawêwin program.

Edwin wants to expand his cultural knowledge from our people through the language. It is who we are, and in doing so, it establishes our own identity as nêhiyawak.