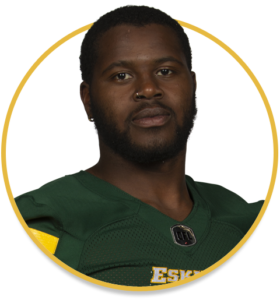 2019: Walton appeared in nine games (one start) and had three defensive tackles and 11 special teams tackles as well as one forced fumble. He also has one kickoff return for 12 yards.

Pro:College: Walton attended the University of South Carolina from 2013 – 2016 where he appeared in 43 games recording 114 tackles, one interception, three forced fumbles and one fumble recovery.