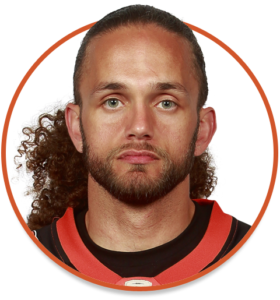 Acquired:
Aaron was signed as free agent by the Lions in February 2019. 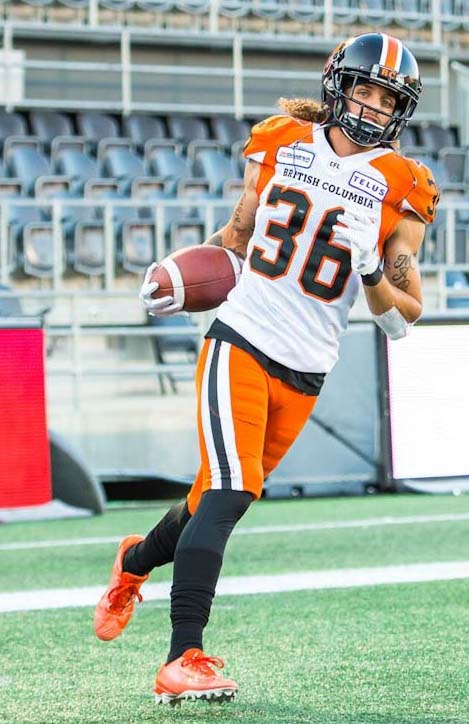 Highlights:
2019: Aaron was a significant addition to the Lions’ secondary heading into the 2019 season and didn’t disappoint racking-up 54 tackles and an interception to go along with four knockdowns and a pair of tackles for a loss before suffering a season-ending knee injury in Edmonton in October.

2013-15, 2017-18 (Edm): Aaron was originally signed by the Eskimos following a free agent camp in 2013 and went on to enjoy a very productive 66-game stay over two stints with the club. The Seattle native recorded 181 defensive tackles with 17 more coming on special teams to go along with 11 interceptions- two of those returned for touchdowns- and a pair of forced fumbles. After helping the Eskimos defence shut down Ottawa in the 2015 Grey Cup, Grymes headed south for a stint with the Philadelphia Eagles and appeared in four pre-season games before being promoted to the active roster in November 2016. He returned to Edmonton late in the 2017 season.

College:
2009-2012: Appearing 50 games, 32 as a starter over a four-year stay at Idaho, Aaron was the Vandals’ third-leading tackler as a senior in 2012. He finished his college playing days with 172 solo total tackles, 10 stops for a loss, three interceptions, three forced fumbles and a pair of fumble recoveries.