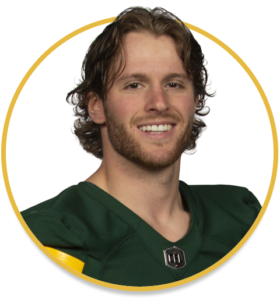 2018: Selected in the third round (24th overall) of the 2018 CFL Draft.  In 12 games, the Elks third-round pick has one defensive tackle and five special teams tackles. Beaulieu finished the season on the club’s practice roster.