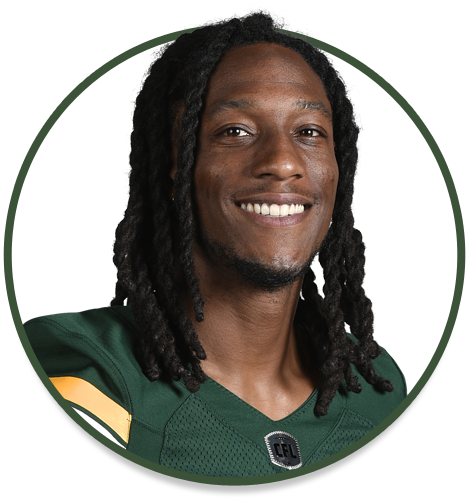 2019: (Toronto) Played in 15 games for the Argos, leading the team with 1,040 receiving yards and six touchdowns… Named the Argos nominee for the CFL Most Outstanding Player Award.

2018: (Edmonton) Finished with 51 catches for 875 yards and eight touchdowns in 11 games… Caught a 101-yard TD pass in Week One against Winnipeg… Suffered a season-ending knee injury in the Labour Day Classic against Calgary… Named a West Division All-Star for the third time.

2017: (Edmonton) Finished with 48 catches for 634 yards and a pair of TDs in eight games with Edmonton… Began the season with the Tampa Bay Buccaneers before returning to Edmonton to play against Calgary on September 9th… Had six catches for 51 yards at Winnipeg in the West Semi-Final, then six catches for 112 yards plus a touchdown at Calgary in the West Final.

2016: (Edmonton) Set career-highs with 109 catches for 1,589 yards and ten touchdowns… Recorded seven games with over 100 receiving yards… Named a CFL West and CFL All-Star, each for the second time.