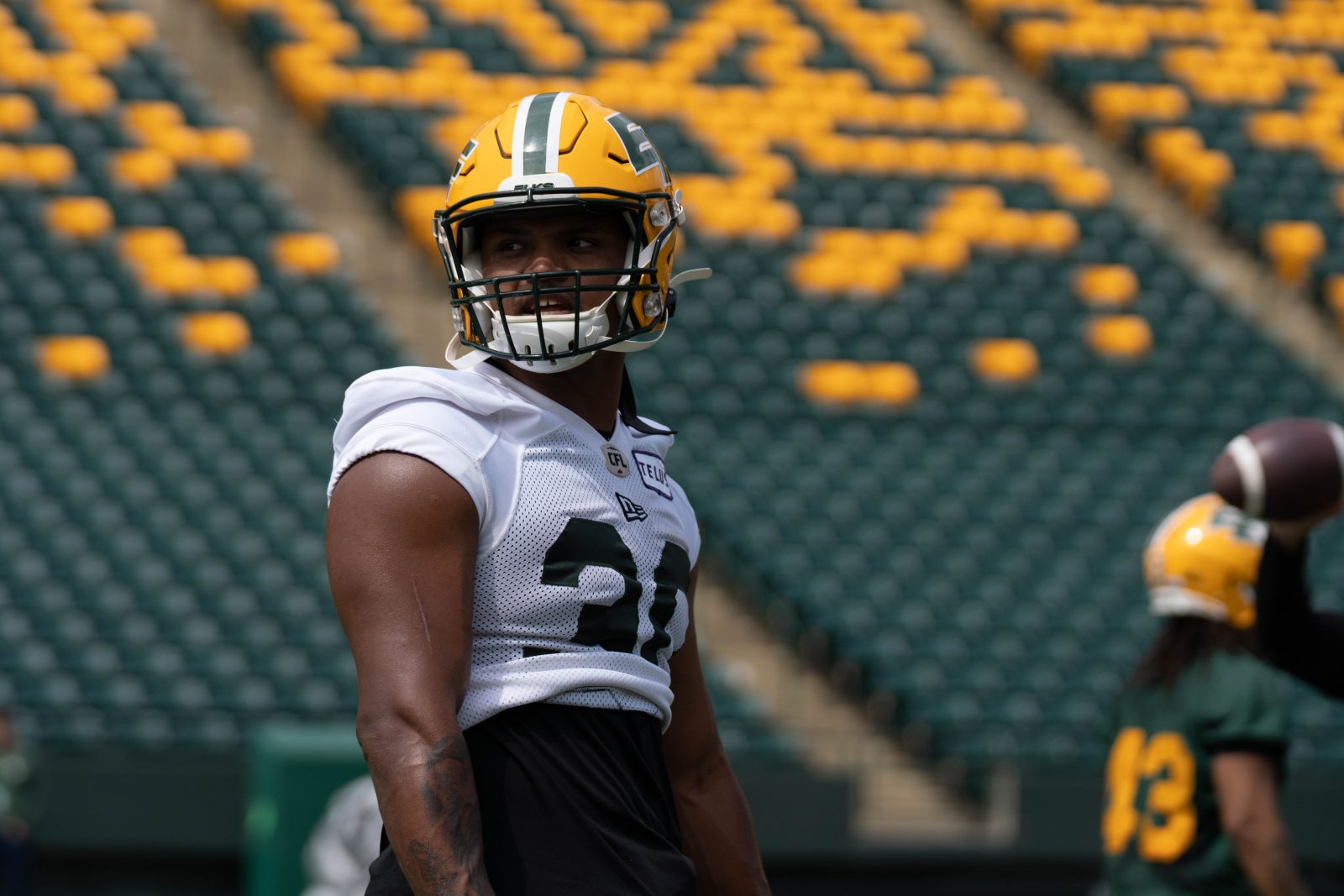 It’s fitting that last week when he was given a chance to join the Edmonton Elks, Maleek Irons hopped in his car rather than boarded a plane to make the trip west from Hamilton.

Sure, driving 36 hours in a span of less than two days might seem a bit much, but the Canadian running back has always done his best work on the ground.

After being signed by Edmonton over the weekend, Irons practiced the first time with his new Elks teammates at The Brick Field at Commonwealth Stadium on Monday. The 26-year-old was released by the Hamilton Tiger-Cats on July 12, early into his third season with the club that drafted him 22nd overall in 2019.

“It’s kind of how life works out,” says Irons. “Sometimes you’re somewhere, sometimes you’re in another place. I try to just focus on where I am at the moment. I’m happy to be here, happy to get things started. I’m looking forward to it.”

The six-foot-zero, 230-pound Irons will be looked spark Edmonton’s running game. Over 24 career CFL games, all with the Ti-Cats, Irons has rushed for 324 yards on 74 carries with one touchdown. He’s also made 18 receptions for 116 yards, averaging 5.4 yards after the catch.

“Coming in and playing right away, the first weekend I get here, there’s definitely an opportunity there,” says Irons, who took first team reps on his initial day in practice. “I’ll be able to step in, work with the offence, work on the plays. I’ve just got to get the playbook down so it’s smooth sailing from there.”

Following a dominant high school football career at WJ Mouat Secondary in Abbotsford, B.C., the Calgary-born Irons played NCAA football at Ohio University. He dressed for 28 games with the Bobcats, recording 1,447 yards on 252 carries with 16 rushing touchdowns and no fumbles.

Irons’ Green and Gold debut comes Friday at Commonwealth Stadium, against the undefeated Winnipeg Blue Bombers, a team he knows very well from his time in Hamilton. The Ti-Cats faced Winnipeg in both the 2019 and 2021 Grey Cup championship games and most recently took on the Bombers on June 24 at IG Field, losing 26-12.

“They’re a very consistent team, you’ve got to out-consistent them,” Irons says. “You’ve got to play penalty-free and have no turnovers, because that’s what they really capitalize on.”