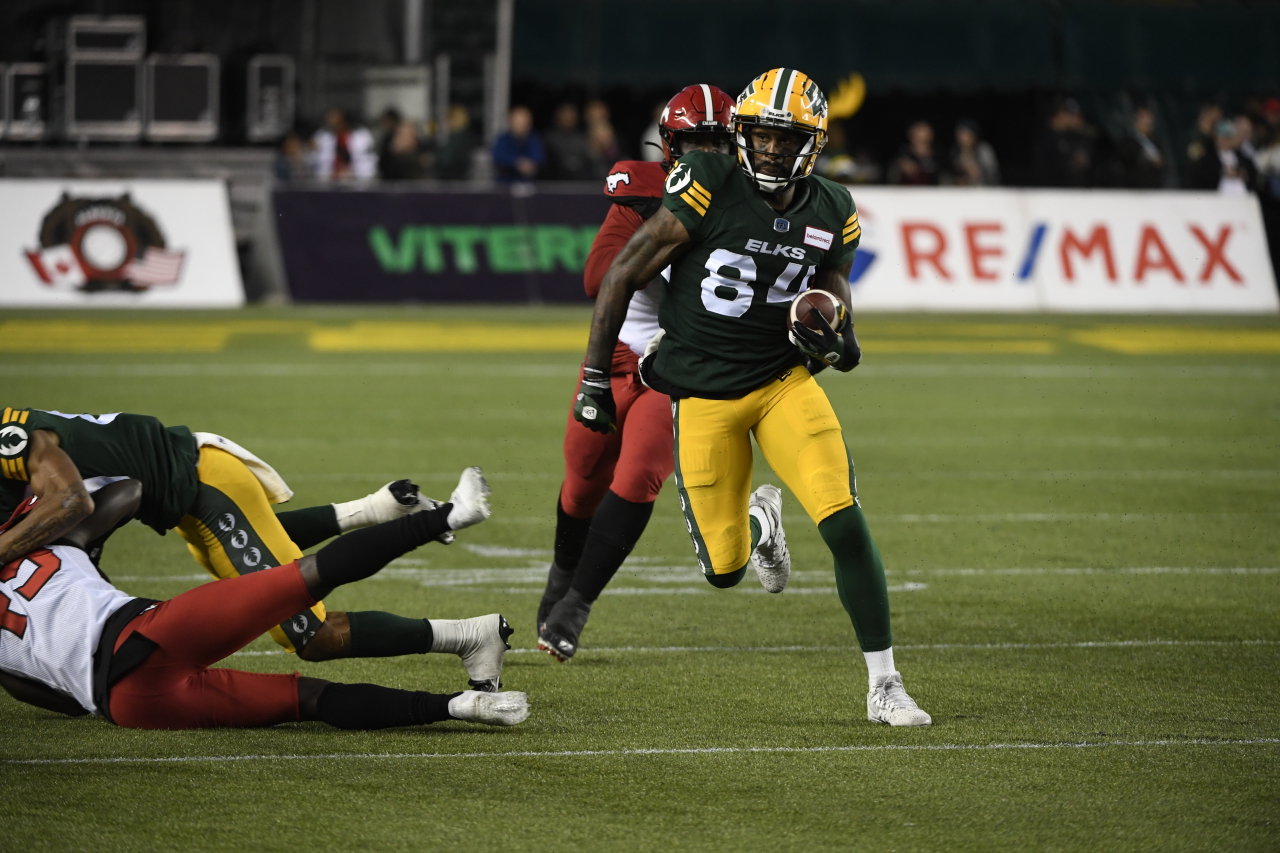 There are reasons for everyone to be excited by the return of Manny Arceneaux, who the Edmonton Elks recently re-signed to a one-year contract.

His play on the field. His leadership in the locker room. His contributions in the community.

And, if you’re a fan of the Green and Gold, getting to witness the pursuit of history.

Arceneaux enters the 2023 season as the CFL’s active leader in receptions (617), receiving yards (8,931) and touchdown catches (59), and is poised to make a rapid ascent up the all-time leader list, overtaking some of the greatest players in league history, Canadian Football Hall of Fame and EE Wall of Honour members among them:

“To be able to climb up the lists and add to my legacy is a blessing,” says Arceneaux. “The day that I’m no longer wearing those cleats it would be great to be talked about as a guy that played to the potential of being on the Wall of Honour and in the Hall of Fame.”