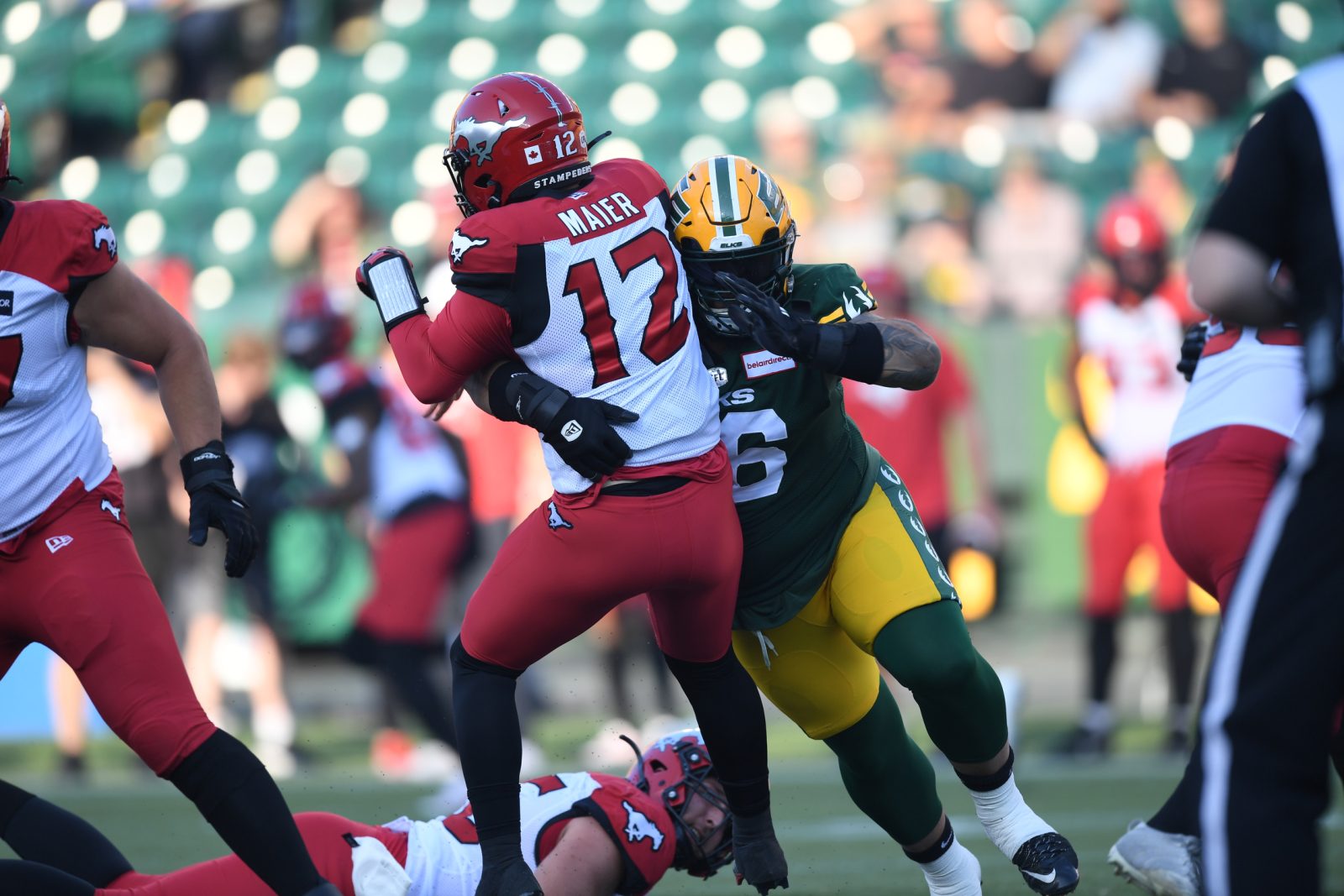 One of the special things about football is that teams play just once a week, and only 18 times a year. Every game is an event, so trying to narrow the schedule down to a few standout contests is like to trying pick a favourite mascot: Punter or Spike. Or choosing a favourite colour: Green or Gold.

Each time the Elks step on the field in 2023, it will be for a match rich in storylines, providing awe-inspiring action, and with lots at stake. Suffice to say, every game on the calendar on is must-see.

But if there are five games that every Elks fans absolutely, positively, cannot miss, they might just be these:

The opening week of the 2023 CFL season concludes with the Elks hosting one of their greatest rivals in what is always an electric atmosphere as Green and Gold fans get extra loud to drown out those unfortunate souls that rep Rider Nation.

Intensity will be cranked up another notch this time, as Saskatchewan is still smarting from its last meeting with the Elks, Week 15 of 2022, when Sergio Castillo’s dramatic last-minute field goal lifted Edmonton to a thrilling 26-24 victory over the Roughriders at Mosaic Stadium in Regina.

Edmonton’s season opener also marks the return of Sunday evening football to Commonwealth Stadium. The Green and Gold will be playing at home on a Sunday night for the first time since 2010, and for the first of three times in 2023.

Edmonton completes the first half of its schedule, playing game No. 9 of 18, when the reigning league MVP leads the defending West Division champs into action at Commonwealth Stadium for the only time during the 2023 regular season.

With back-to-back CFL Most Outstanding Player Zach Collaros calling the signals, the Blue Bombers have reached three straight Grey Cup games, winning two, and become the measuring stick against which all teams judge themselves.

The Elks are looking to break out of their worst skid in club history against Winnipeg, having dropped seven straight overall and four in a row at home to the Bombers. Three weeks after getting their first crack at the Blue and Gold when the teams square off at IG Field in Winnipeg on July 20, the Elks have a  chance to snap the skid on home turf.

They’re the first games every football fan in Alberta checks for each year when the CFL season schedule drops: The Labour Day Classic and the rematch pitting Edmonton against Calgary.

The Battle of Alberta is one of sport’s great traditions, with the Stampeders and Green and Gold having met 56 times on Labour Day, while the rematch in Edmonton has taken place all but one season since 1989. After sweeping the two games in 2022, Calgary holds a slight overall edge in the series, with a 29-26-1 record on Labour Day and 17-15-0 mark in the rematch.

With Sept. 4 and Sept. 9 being the only occasions that the Elks and Stamps go head-to-head during the 2023 regular season, be prepared for a Labour Day Classic with plenty of pent-up hostility, and a return match where neither side leaves anything in the tank.

The CFL’s slate of Thanksgiving long weekend games kicks off with the Elks making their first visit to Toronto in two years for a date with the 2022 Grey Cup champion Argonauts on TSN’s Friday Night Football.

BMO Field has been a favourite destination of the Green and Gold, who have a winning record in Toronto since the Argonauts moved to the Lake Ontario waterfront stadium in 2016. Edmonton’s current streak is two straight victories at the home of the Argos.

October is when the rubber meets the road on the drive to the playoffs, and the Elks will be coming off a Week 17 bye, refreshed and energized for the final three games on their schedule as they look to book a trip back to the postseason.