HS Provincials: Falcons on the long road to Alberta Bowl 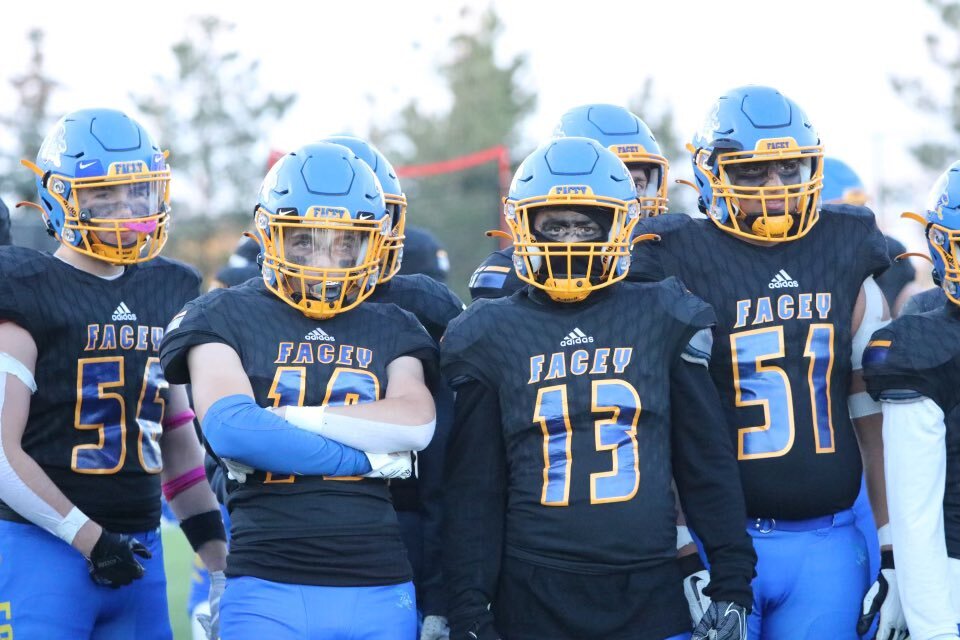 HS Provincials: Falcons on the long road to Alberta Bowl

It’s a long trip, but more than worth it for the opportunity to keep playing football this fall.

The Bev Facey Falcons are traveling from Sherwood Park to Grande Prairie, where they will face the Grande Prairie Phoenix at Hanson Lincoln Field, 4 p.m. on Saturday during the opening weekend of the 2022 Alberta Schools Athletic Association (ASAA) high school football championships.

At stake is a spot in the ASAA Larry Wilson Tier 1 semi-final on Nov. 19, when the winning team hosts either the Fort McMurray Saints or the Spruce Grove Panthers.

After a five-hour bus ride, the Falcons will be itching to take the field on Saturday. They’ve already had three weeks of anticipation for this game, having not played since Oct. 21 when Bev Facey concluded its regular season schedule in the Metro Edmonton High School Carr Division with a 28-15 victory over the Bellerose Bulldogs.

As a school, Bev Facey has been waiting even longer to see its senior football team back in the ASAA Tier 1 playoffs. This is the Falcons’ first appearance in Provincials since 2016 when they advanced all the way to the Alberta Bowl.

Facey has a storied football tradition, playing in nine provincial championship games, including seven in the last 20 years. The Falcons were ASAA Tier 1 champions in 2002.

The Falcons will be on the bus again after Saturday’s game, heading back to Sherwood Park on what they hope will be a road towards Alberta Bowl 2022.