Wintry conditions only added to the atmosphere at Commonwealth Stadium, where four Metro Edmonton High School football division championships were decided on Saturday.

Over an unforgettable day on the gridiron that started in the morning and lasted until well after sundown, Beaumont won the Bright Division title, Sturgeon captured the Gilfillan Division banner, Paul Kane became champs of the Miles Division, and Harry Ainlay hoisted the Carr Division championship trophy.

The full slate of football at Canada’s largest outdoor stadium marked the 100th anniversary of high school football in Edmonton. The sport was first contested at the varsity level in the Alberta capital in 1922. 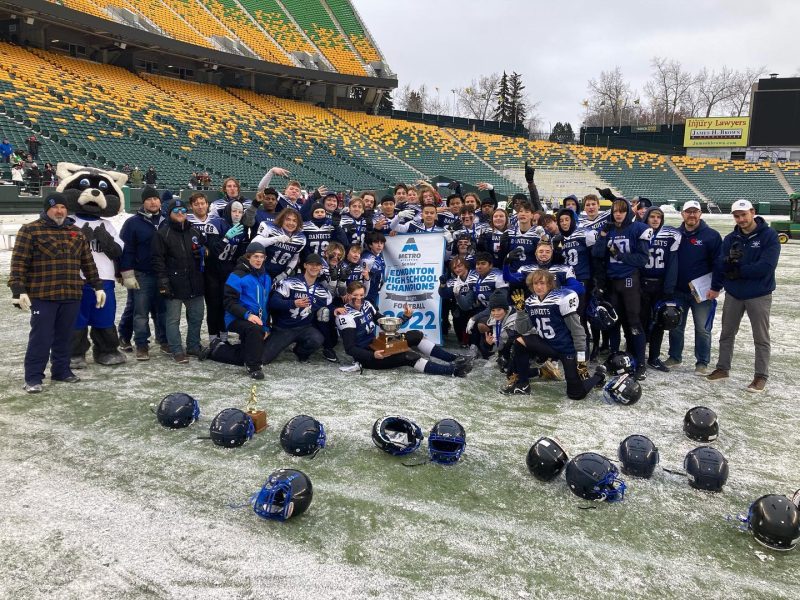 The Bandits won their first football title since winning the Gilfillan championship in 2014 and kept their perfect 2022 intact with their eighth straight victory spanning the Metro Edmonton regular season and playoffs.

This was a championship won on the ground, as the teams combined for more than 400 yards and just over 100 yards passing. Beaumont’s AJ Hemsing, Joseph Domingo, and the Saints’ Josiah Thomas all ran for touchdowns.

Beaumont scored a third quarter touchdown to break a 7-7 halftime tie and kept St. Joseph out of the endzone in the second half.  The Saints held the edge in time of possession, 25:57 to 22:03, while the Bandits outgained St. Joseph 280 to 185 in total offence. 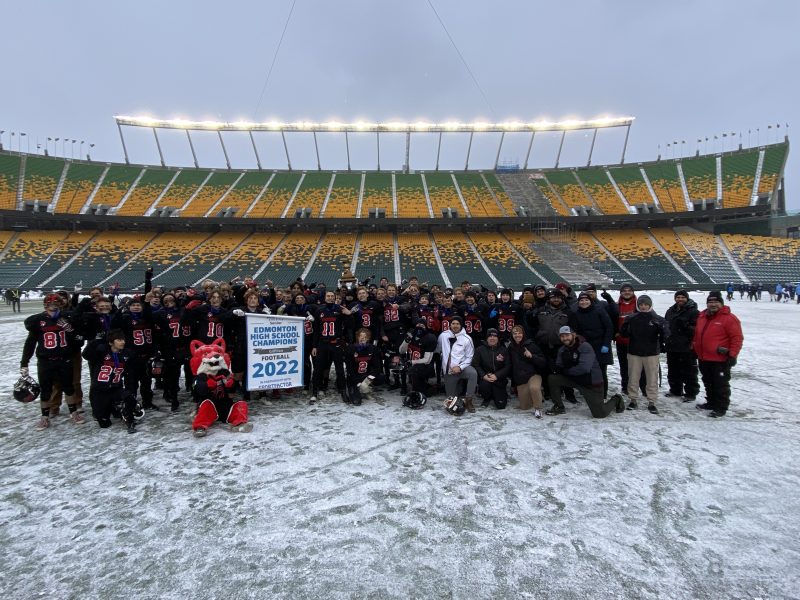 In just the fourth season of Sturgeon Composite’s varsity football program, the Spirits captured their first ever championship, making history by shutting out St. Albert.

Sturgeon quarterback Chris Ioanidis completed a touchdown pass to both Devlin Freemont and Ben Roe, while the Spirits also got a pair of touchdowns from its defense, with Riley Mulligan scoring six points off a fumble recovery and Roe returning an interception 75 yards to the house. St. Albert was led by Dominic Savinkoff, who racked up 103 yards combined rushing and receiving.

The Spirits move on to play in ASAA provincials for a third consecutive season and will visit the Whitecourt Cats at Graham Acres Field for a Tier III quarterfinal match-up on Nov. 12. 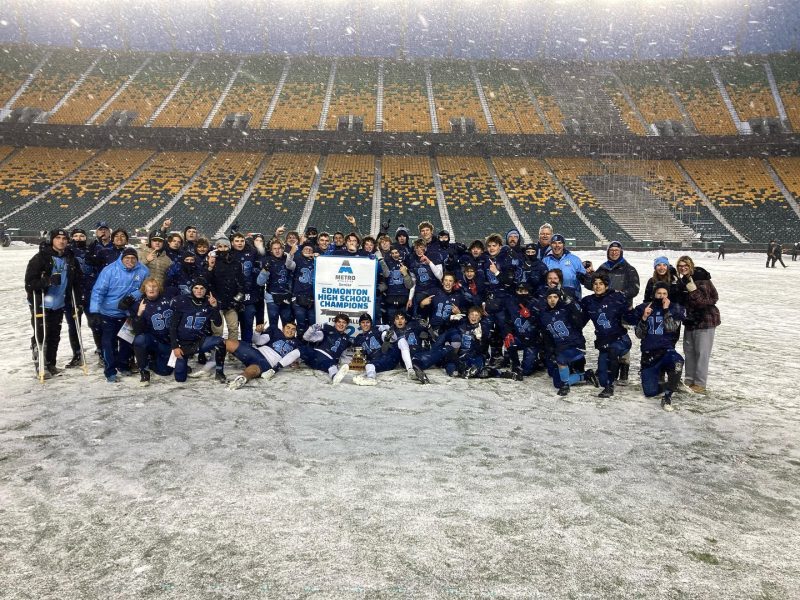 A first quarter major from Horchuk and the subsequent convert by Rawi Pratoomporn proved to be all the scoring the Blues needed, as Paul Kane limited the Rams’ output to just six points. Talan Hobal had the lone score for St. Francis Xavier, with a thrilling 89-yard kick return touchdown in the third quarter.

There were no points scored in the fourth quarter of a game that saw both defences rise to the occasion, as the Rams picked off a pass and recovered four Paul Kane fumbles, while the Blues had three interceptions and one fumble recovery. 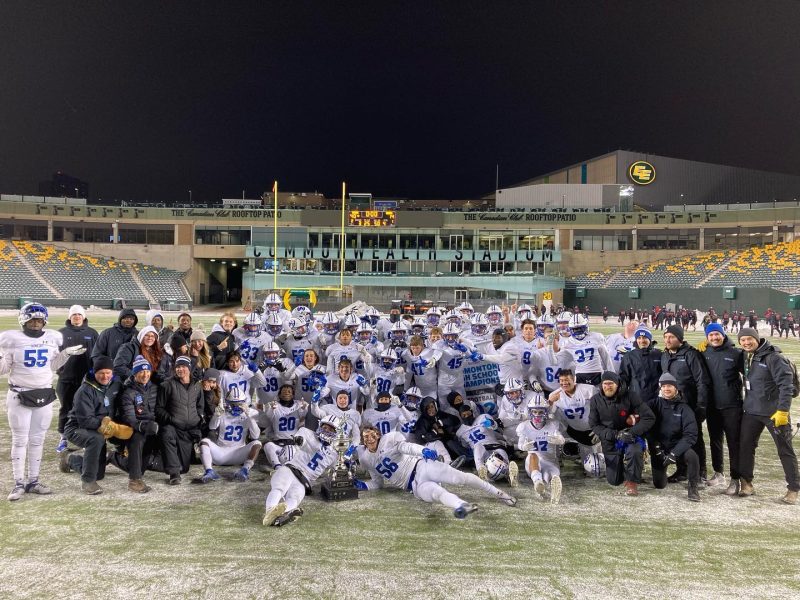 For a fourth straight postseason, the Titans and Sabres met for the Carr Division title, and for a third time in that span, Harry Ainlay has emerged as champions.

The Titans took an early lead and never looked backed, scoring a touchdown in every quarter as they avenged a 21-14 loss to the Sabres in last year’s division final. Owen Herle had both a rushing and receiving touchdown for the Titans, who also got majors from Matthew Eleweke and Liam Piccinin. Harry Ainlay’s Julien Beaulieu passed for three touchdowns while going four-for-four on field goals and successfully converting all four PATs.

Breyan Elias electrified his teammates on the Sabres’ sideline by returning a kick 91 yards to the endzone, and Joel Whiting added a rushing touchdown for Salisbury.