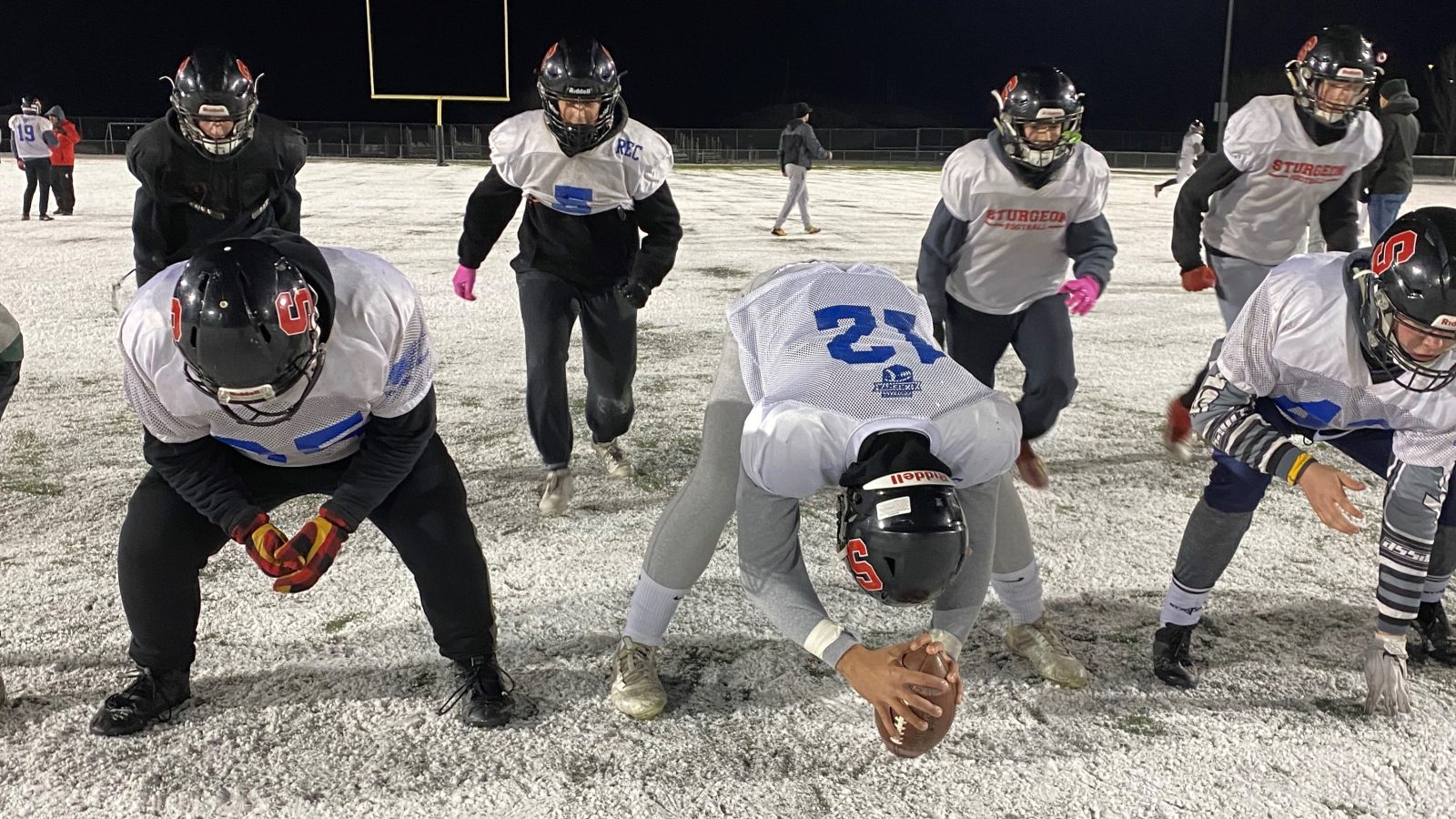 It was more than four decades before Sturgeon Composite High School launched its varsity football program, and from the moment they stepped on the gridiron, the Spirits have been making up for lost time.

Now in their fourth season, the Spirits hope to bring Sturgeon Composite its first football trophy.

The Spirits have that chance when they take on St. Albert Skyhawks in the 2022 Gilfillan Division final, 12:30 p.m. Saturday on The Brick Field at Commonwealth Stadium as part of a quadruple-header of Metro senior football divisional championship games.

This is it… The Big Game! Pack the stands on Saturday! Let's go @SturgeonFootba1 ! pic.twitter.com/LMZVxjpYts

Sturgeon coach Chad Hill’s message to his team: “Seize this moment and grasp it.

“Football’s football and no matter the outcome the sun’s going to rise on Sunday morning, but you have to understand the significance of the opportunity … It’s a big deal for you guys one day to tell your children, or your nieces and nephews, ‘That banner hanging up there from 2022, I was on that team: the first ever championship for Sturgeon football.’”

With their most experienced roster to date, the Saints have dominated the Gilfillan Division in 2022, outscoring their opponents 323-10 over eight games. Sturgeon went 7-0 to finish first in the season standings, then rolled to a 43-0 playoff victory over Lillian Osborne, the team that defeated the Saints in last year’s championship final.

“We really felt this year that we were going to be stronger than we were last year,” Hill says. “We’ve got such a special group of players on this team, especially the large amount of Grade 12 players that we have. We’re really hoping for those boys that we can accomplish our goal this year and get a championship.”

One of the largest rural high schools in Alberta, Sturgeon Composite has been at the heart of Sturgeon County and a great source of local pride since opening its doors in 1977. But it was without a football team for the community to rally around until four years ago.

“it’s neat when you hear there are players whose entire family has been through the school. I just can’t say enough good things about the support from the school and the community. It’s pretty awesome.”

It’s been a whirlwind at Sturgeon Composite, from deciding to launch a football program in early 2018 only months before the Spirits played their first game. Sturgeon’s roster was around 35 in Year One, this season more than 60 student-athletes are part of the school’s football program. The Spirts have made their third Metro divisional final in four seasons and are four quarters away from their historic first championship.

“It’s happened quick. Sometimes we’ve got to pinch ourselves,” Hill says. “Five years ago, we weren’t even sure we were going to be able to field a team. We’re real fortunate with how this program’s been developing., so we just want to go out there and take care of business on Saturday, and hopefully and have more good stories tell.”