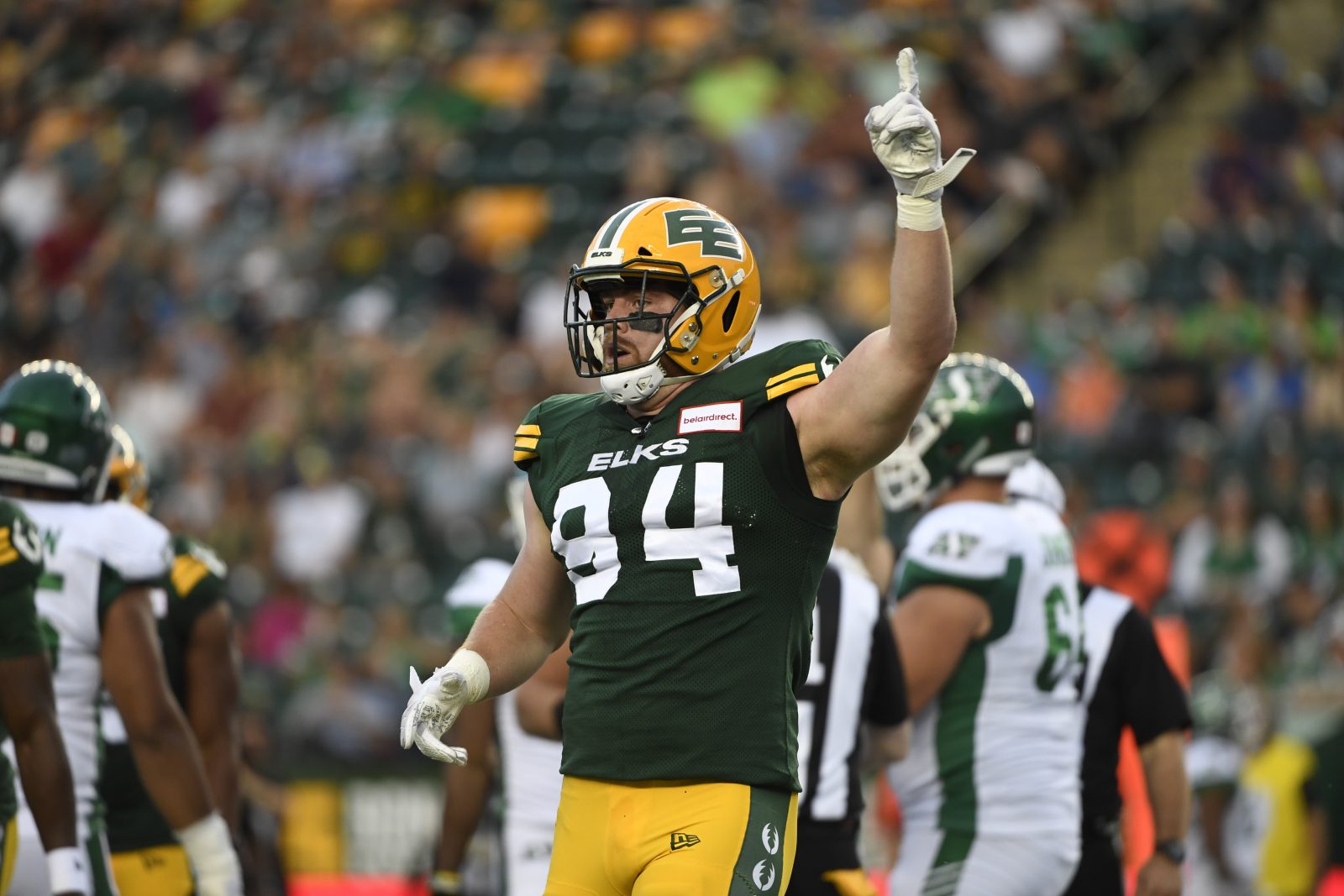 Jake Ceresna and Kenny Lawler of the Edmonton Elks have been selected to the CFL West Division 2022 All-Star Team, announced by the league Wednesday.

In his first season with the Elks, Lawler led Edmonton with 894 receiving yards and five touchdown receptions. In 12 games, the 28-year-old wide receiver caught 58 passes for an average of 15.4 yards per catch. Lawler had three games with more than 100 yards receiving, including Week 2 against Saskatchewan, when he hauled in an EE season-high 12 receptions for 149 yards with one touchdown.

Ceresna ranked third in the CFL for both sacks (10) and forced fumbles (four), leading the Elks and setting new career highs in each of those categories. The veteran defensive lineman had four games with two sacks, including Week 17 against Montreal when he also forced a pair of fumbles, becoming the first Edmonton player in eight years with multiple sacks and forced fumbles in the same game.

The CFL Division All-Star teams were selected by the local voting members of the Football Reporters of Canada (FRC) in their respective division’s markets and the National Chapter, as well as their respective division’s head coaches. Fans took part in this year’s selections through the All-Star Fan Vote, powered by the league’s Official Data and Technology Partner Genius Sports.