The very first high school football league in Edmonton launched in 1922 with teams from six schools.

Today, on the 100th anniversary of high school football in Edmonton, just three of those original six schools have a varsity football team. And only one of those teams has advanced to the city championship: The St. Joseph Saints.

St. Joseph’s football program is looking to win its first championship at the senior level since the 1980s. That this opportunity coincides with celebrating 100 years of varsity competition makes it extra special. And for it to take place at the largest outdoor stadium in Canada, that’s the cherry on the sundae. 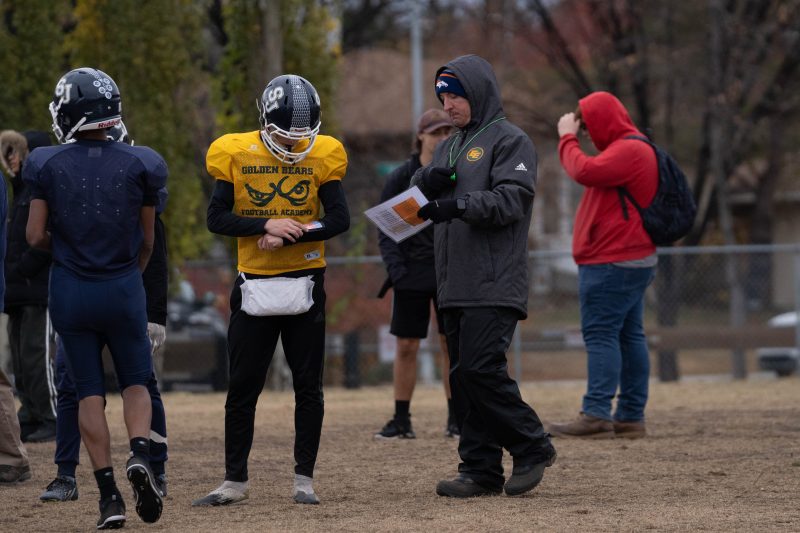 “I tell the guys all the time, football is deeply rooted here at St. Joe’s,” says Saints coach Adam Skitsko. “I hope I make them feel like this is something really special, because to be part of that original six is so cool and getting to play at Commonwealth is fantastic. It’s a once-in-a-lifetime experience.”

Shifting demographics over a century and Saint Joseph’s recent adoption of a guided customized learning program are among factors that have affected varsity football at the north-central school. Once a powerhouse, the Saints have been more about perseverance over the last generation. Skitsko’s predecessor, revered coach Jay Meraw, kept St. Joseph football alive, and now the Saints have their biggest team in years, with a full 42-player roster.

“It’s exciting to have that many kids wanting to play football,” Skitsko says. “Everyone’s just come together and is really standing tall together as a football team. For a coach, it’s the best because you have kids that want to play football.”

This marks the Saints’ first appearance in a championship game since being defeated 9-6 by Lillian Osborne in the 2018 Bright Division final. That itself is quite the accomplishment, considering only two members of the team had ever played organized football prior to suiting up for the Saints, and nearly half this season’s roster is in Grade 10.

“We’ve been able to develop skill acquisition from the coaches just building these guys up from the grassroots level, essentially teaching them how to put on helmets, how to wear shoulder pads, and how to hit and take a hit,” says Skitsko. “I’ve told them to trust the process: ‘It’s not how you start, it’s how you finish. We will get better.’ And we have gotten better.”

After finishing the regular season with a 3-3 record, the Saints broke out with their highest-scoring game of 2022, defeating Queen Elizabeth 36-0 in the semi-finals last Thursday.

Beaumont has been the class of the Bright Division this year, going 7-0 in the regular season and playoffs combined, winning those games by an average of more than 50 points. The Bandits’ two smallest margins of victory this season came against St. Joseph, 35-0 on Sept. 28 and 26-7 on Oct. 13.

“The kids are playing the best football that they can and we’re going to do the best we can against a really high-powered team,” Skitsko says. “We’re excited to get going and see what we can do. We’re pumped, we like being the underdog.”