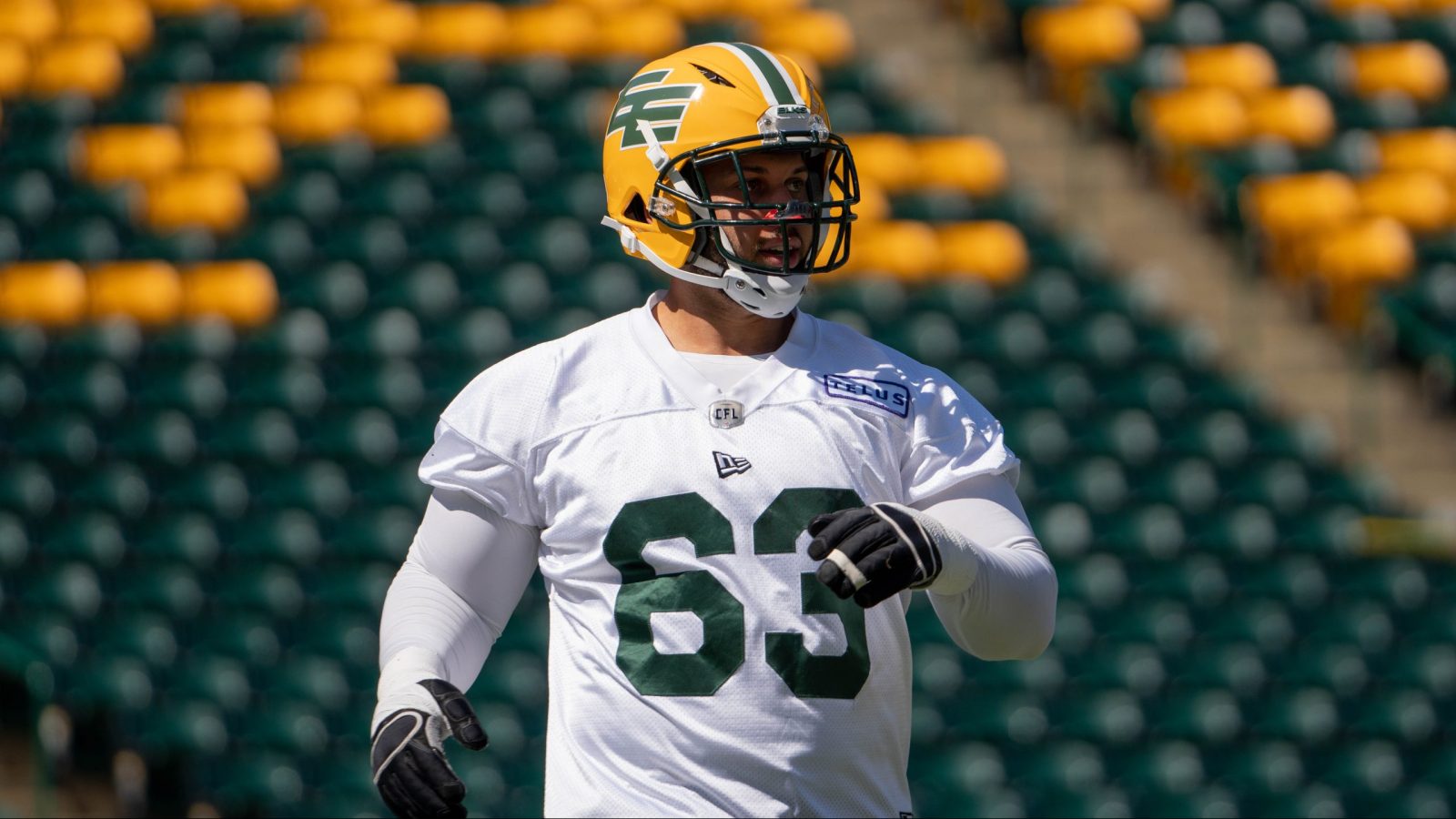 The end is the beginning for Jaylan Guthrie.

When the Edmonton Elks play their final game of the CFL season, Friday night against the B.C. Lions at The Brick Field at Commonwealth Stadium, Guthrie will be suiting up for his very first game in Green and Gold.

After spending more than three months on Edmonton’s practice roster, the Canadian offensive lineman wasn’t necessarily expecting to make his Elks debut in 2022.

“I just had my head down, griding away, hoping for it to happen next year, so (to get to play) this year is awesome,” says Guthrie, who has been putting in work since signing with Edmonton on July 11, a dozen Elks games and more than 100 days ago.

“It’s flown by, but I’ve had a chance to sit back and learn from the coaches, learn from the guys ahead of me, and really feel a lot more comfortable than I would have if I had (played) right away,” says Guthrie, who turned 28 in August. “So, I think the time has been good just to get a chance to learn everything and feel confident in my first time on the field.”

🚨 The first Gryphon football player to be selected in the 2019 @CFL Draft is offensive lineman Jaylan Guthrie who is taken by the @calstampeders in the 4th round! #GryphonPride @GryphonFootball 🏈 pic.twitter.com/CkBkBMwZIj

Perseverance continues to pay off for the University of Guelph product. After being drafted in Round 4 of the 2019 CFL Draft, Guthrie waited two and a half years to play in the regular season, appearing in a pair of games for the Ottawa RedBlacks last November.

“That was seeing if I could play at the CFL level,” Guthrie says. “This (game with the Elks) is just about doing what I know that I can do, just making it happen all over again.”

While the game Friday night is Guthrie’s first with this team, everything about him is team-first. He has but one goal for the beginning of his playing tenure in Edmonton, and that’s for the Elks to end their home winless streak.

“It’s just getting the W,” he says, “helping out anytime I can whenever I’m in the game, (and) playing the type of football that can help us get this done.”