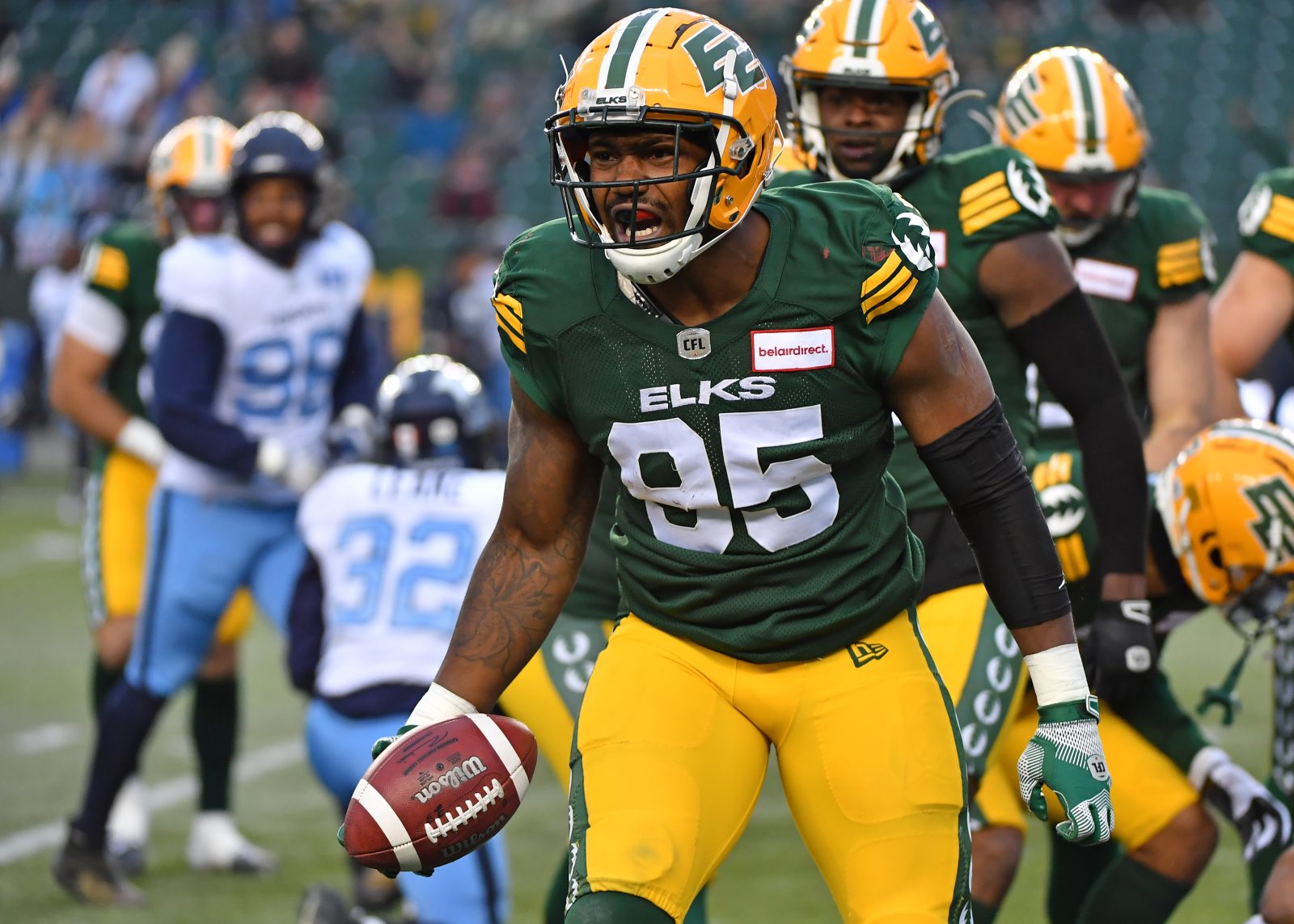 The Edmonton Elks lost a nail-biter, 28-23, to the Toronto Argonauts at The Brick Field at Commonwealth Stadium on Saturday.

Edmonton never trailed until a touchdown on a 25-yard rush from Toronto running back AJ Ouellette with 27 seconds remaining gave the Argos their first lead.

“It just got away from us tonight,” Elks defensive back Treston Decoud said in a post-game interview on CISN 103.9 FM. “This team has just got to find a way to win. It’s aggravating, because we put the work in, we put the time in, and I felt like we had this one, I felt we were prepared for this one, we just let it slip out of our hands.”

Elks quarterback Taylor Cornelius completed 18 of 30 passes for 185 yards, including a touchdown pass to Danny Vandervoot. Running back Kevin Brown also scored a touchdown for Edmonton and had an Elks season-high 121 rushing yards.

It was a night of milestones for Elks receivers Manny Arceneaux and Derel Walker. Arceneaux is now 24th all-time in CFL history with 615 receptions, after catching four passes Saturday to move past Tony Gabriel (614). Walker, meanwhile, had seven receptions for 114 yards, passing Jim Sandusky and Waddell Smith to move into 10th all-time in Green and Gold history with 5,557 receiving yards.

Edmonton jumped ahead 3-0 on a 50-yard field goal by Sergio Castillo on the game’s opening possession. The Argos evened the score on the ensuing possession when Boris Bede hit a field goal from 30 yards.

The Elks retook the lead early in the second quarter, when Vandervoot scored his first touchdown of the season on a seven-yard completion from Cornelius. Following a lost fumble by the Argos, Edmonton then added to its lead when Castillo hit a 37-yard field goal with 9:53 to play in the half. The teams traded field goals late in the quarter and Edmonton headed to the break with a 16-6 lead.

Toronto cut into the Elks’ lead with a pair of Bede field goals in the third quarter, making the score 16-12 in favour of the home team with 15 minutes to play. Another Bede field goal, from 32 yards, on the first play of the fourth quarter cut Edmonton’s lead to 16-15.

The Elks responded with Brown’s first career CFL touchdown, on a four-yard rush with just over six minutes remaining. However, a touchdown pass from McLeod Bethel-Thompson to DeVaris Daniels with less than four minutes to play made the score 23-21, setting the stage for Ouellette’s game-winning TD. Edmonton drove to the Argos’ 29-yard line with nine seconds left and had two shots at the endzone that fell incomplete.

The Elks close out their season Friday when they host the B.C. Lions at 7:30 p.m. Tickets are available now.