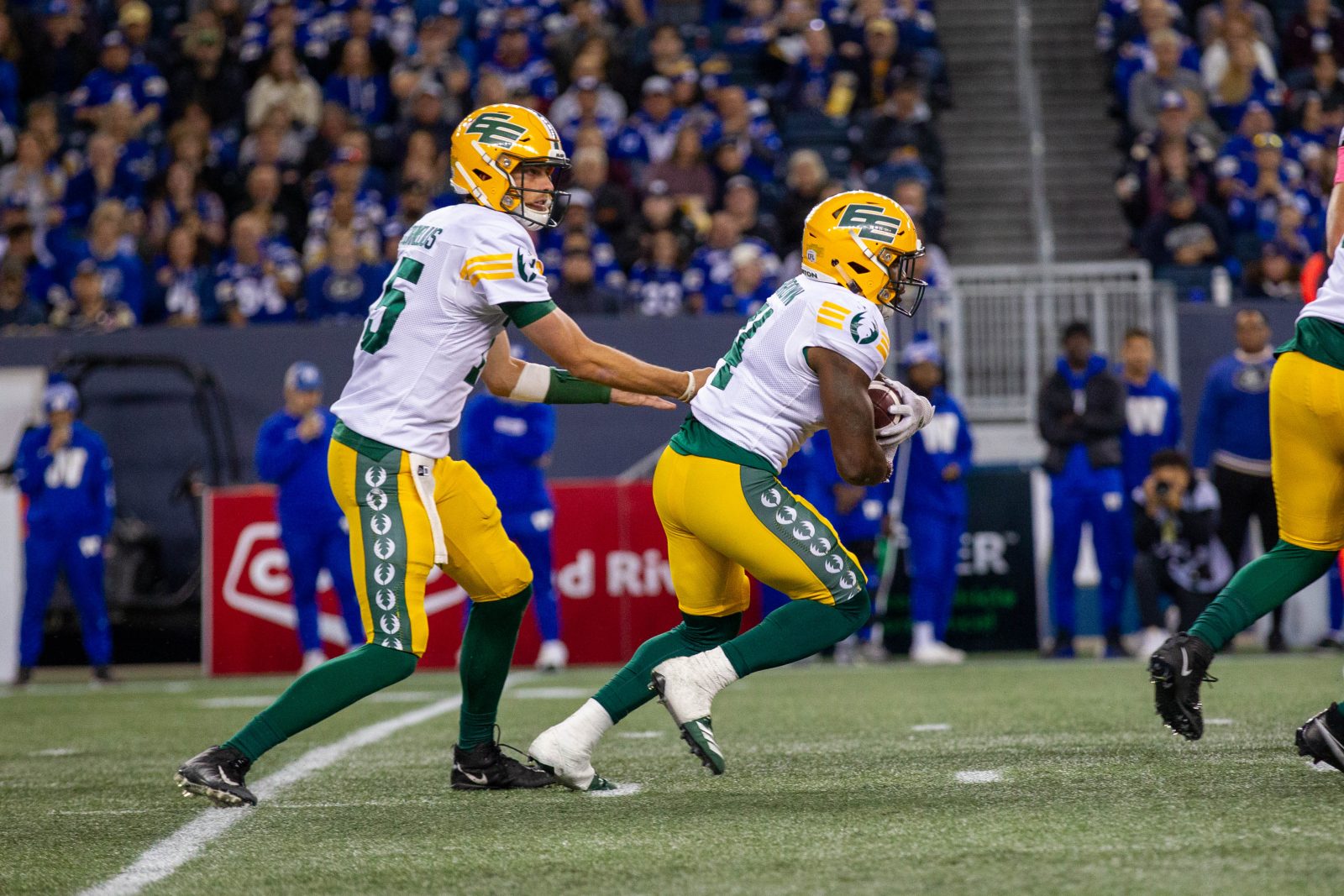 The Edmonton Elks lost to the Winnipeg Blue Bombers, 48-11 at IG Field on Saturday night.

Edmonton’s Dillon Mitchell caught six passes from quarterback Taylor Cornelius for 107 yards, including a 59-yard reception for a touchdown in the second quarter. The first-year Elks receiver now has six consecutive games with a reception of at least 44 yards.

Cornelius completed 11 of 24 passes for 137 yards and rushed for 44 yards on six carries. Ante Milanovic-Litre led the Elks with 47 rushing yards from six carries.

Christian Saulsberry had another strong game for the Elks, with 175 kick return yards, the most in one game by an Edmonton player since 2014. The 24-year-old speedster added 30 yards on two punt returns.

Jeff Richards picked off Winnipeg quarterback Zach Collaros late in the second quarter, recording his first interception as a member of the Green and Gold.

Elks kicker Sergio Castillo hit a 16-yard field goal in the third quarter, and Jon Ryan had a single off a 57-yard punt in the first quarter for Edmonton. The Elks trailed 14-1 after the first quarter, 28-8 at halftime and 28-11 going into the final quarter.

“You’ve got to look at the things that you can learn from this game, and that’s what we’re attempting to do, both as a staff and a team, and we continue to strive to get better,” Elks coach Chris Jones said during a post-game interview on 630 CHED, radio flagship of the Elks.

The Elks next play on Oct. 15 as part of a double-header at The Brick Field at Commonwealth Stadium. At noon, the Alberta Golden Bears take on the Calgary Dinos in Canada West university action, followed by the Elks hosting the Toronto Argonauts at 5 p.m. Tickets are available now.