Elks defeated by Als in close game at Commonwealth 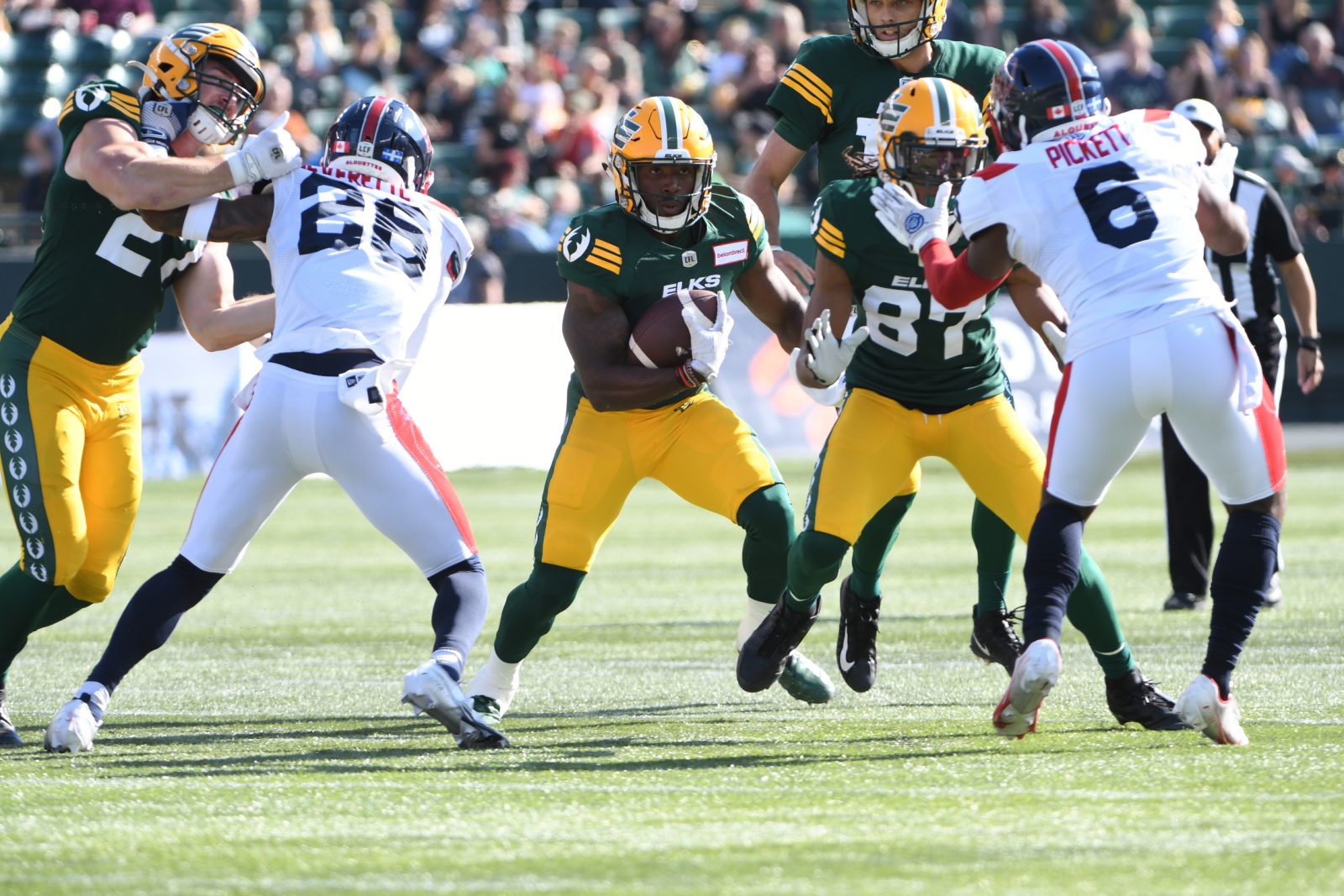 Elks defeated by Als in close game at Commonwealth

The Edmonton Elks lost 25-18 to the Montreal Alouettes at The Brick Field at Commonwealth Stadium on Saturday.

Elks quarterback Taylor Cornelius completed 16 of 28 passes for 273 yards and ran for 23 yards with a rushing touchdown.

Dillon Mitchell led the Elks with six catches and 98 yards receiving. The breakout receiver had a 46-yard catch, giving him five consecutive games with a catch of at least 45 yards since joining the Elks in August.

Running back Kevin Brown topped 100 yards all-purpose for a third straight time, rushing for a game-high 75 yards and adding 31 yards on two receptions.

Edmonton held the edge in total yardage, 359 to 268, thanks to a stellar performance by the Elks’ defense, which had four sacks and two fumble recoveries. Jake Ceresna registered two sacks and two forced fumbles, while Matthew Thomas led all players with seven tackles and also sacked Alouettes quarterback Trevor Harris.

“I think we had every opportunity to win this football game,” Elks linebacker Tre Watson, who had six tackles, said during a post-game interview on 630 CHED, radio flagship of the Green and Gold.

“Good football teams, when things are close and there’s one or two situations to change the game, they find a way to make those plays and unfortunately we haven’t reached that point yet, and that cost us today.”

After leading 18-17 at halftime, Edmonton was outscored 8-0 in the second half. The game’s only points in the final 30 minutes came on an 100-yard interception return by Montreal’s Tyrice Beverette, followed by a two-point conversion, midway through the fourth quarter.

Sergio Castillo kicked three field goals for the Elks in a back-and-forth opening thirty minutes, which saw three lead changes. Eugene Lewis and Dominique Davis each scored a touchdown in the first half for Montreal.

The Elks return to action on the road against the Winnipeg Blue Bombers next Saturday. Their next home game is Oct. 15, as part of a double-header at Commonwealth Stadium featuring the Alberta Golden Bears taking on the Calgary Dinos in Canada West university action at noon, followed by the Elks hosting the Toronto Argonauts at 5 p.m. Tickets are available now.