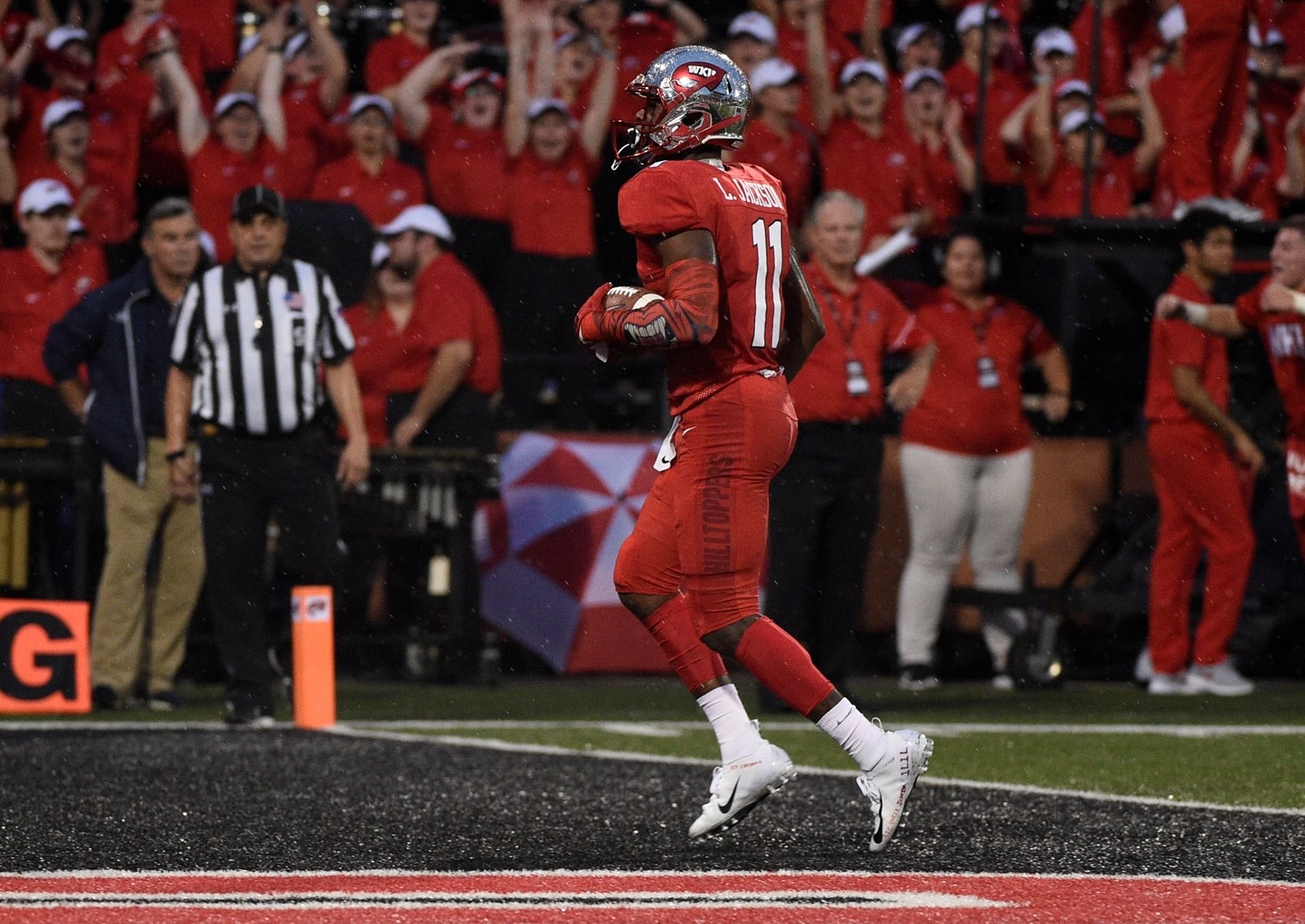 Lucky Jackson landed in town last week just in time to get one practice in with his new teammates. Then the Edmonton Elks hopped a plane for Regina, and Jackson hasn’t seen most of them since.

While their newest addition is in Edmonton awaiting their return, the veteran Elks have been enjoying a bye in their schedule this week. After defeating the Saskatchewan Roughriders 26-24 in Regina last Friday, many of the players scattered across the continent, visiting family and friends or just getting some R&R.

Jackson, 25, will finally have another opportunity to be on the field with his new teammates, when the Elks reconvene at Commonwealth Stadium on Saturday for the team’s first practice following the bye.

Over the last 10 days, the wide receiver from Lexington, Kent., has been doing everything he can get acclimated in his new surroundings, spending time with the handful of Elks players that spent their week off in Edmonton.

“I’m just hanging out with those guys and allowing them to show me the way,” Jackson said Thursday, as he joined fellow Elks players including Kony Ealy, Jaylan Guthrie, and Cole Nelson, along with team staff in helping out at Edmonton’s Food Bank.

“The bye week has also given me the chance to adapt to being a different country, get my bearings under me and get myself ready to go.”

Patience has indeed been a virtue for Jackson, who’s been waiting on his next chance after being released by the Winnipeg Blue Bombers on June 4. He signed with the Elks on Sept. 13, following the expansion at the beginning of the month of 30-day practice rosters.

“I was always looking for an opportunity to play ball,” Jackson said. “Edmonton happened to be a team that reached out to me (leading up to) the roster expansion, so I was getting ready and dialed in to be back playing ball, and just (feeling) excited.”

Jackson had a spectacular college career at Western Kentucky, where he caught 209 passes for 2,680 yards, to rank second and third, respectively, in program history. As a senior in 2019, he was eighth in FBS with 94 receptions and selected to All-Conference USA First Team, as well as being named MVP of the 2019 First Responders Bowl, a 23-20 WKU victory over Western Michigan, after catching 17 balls, tied for fifth most in all-time bowl game history.

The six-foot-one playmaker had nine receptions of at least 54 yards in his NCAA career. While playing in The Spring League last year, he caught a game-winning Hail Mary pass that broke the Internet. That gamebreaker element is something he brings to Edmonton.

“You’re going to see a passionate, electric player,” he said. “I’m looking forward to making big plays. In big-time situations, I’ll be someone you can count on.”