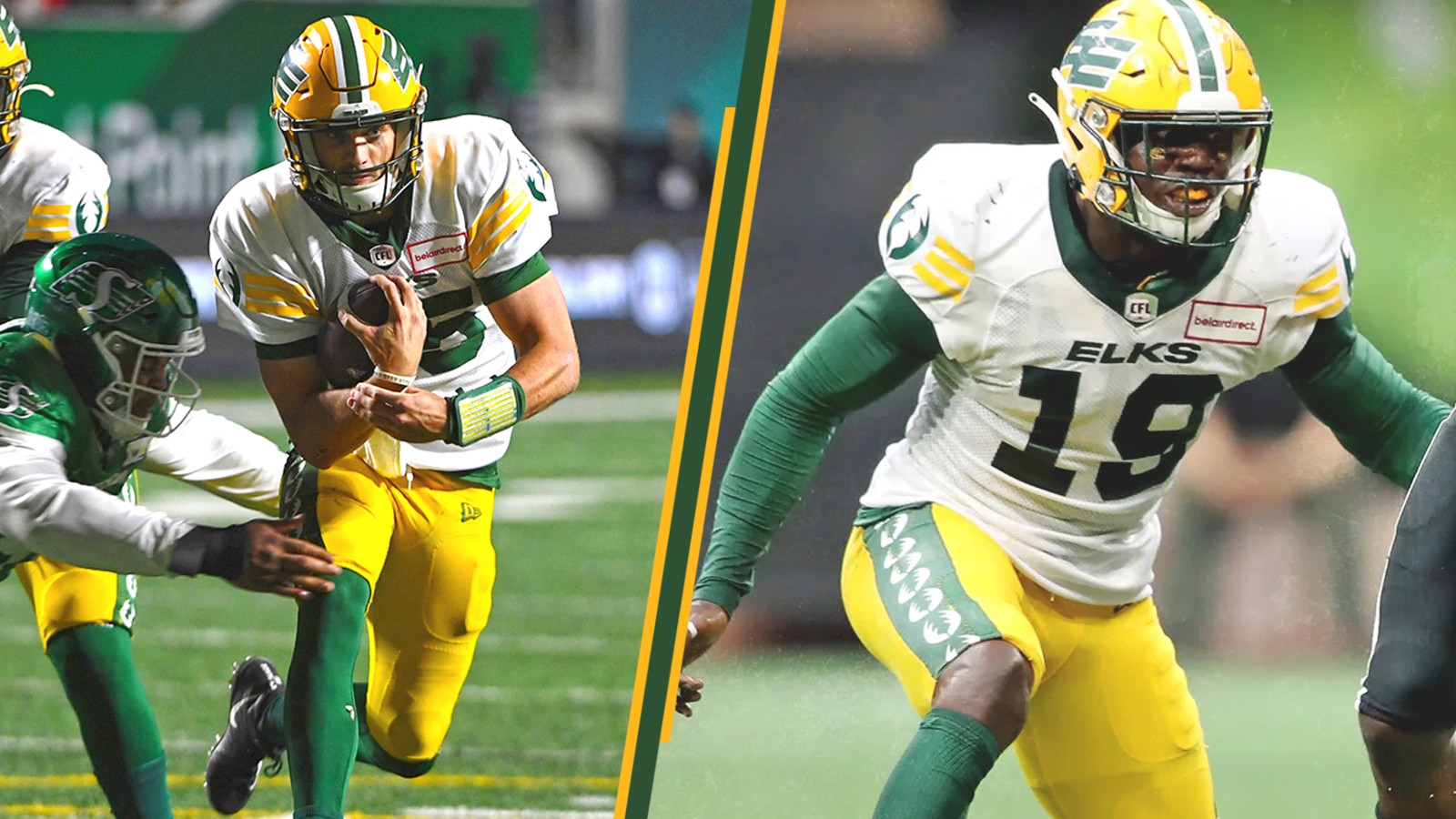 Edmonton Elks quarterback Taylor Cornelius and linebacker Matthew Thomas were named Top Performers for Week 15, the league announced Tuesday, as the Green and Gold claimed two of three spots in the weekly honours.

This is the first time being as recognized as a Top Performer for both players, who helped Edmonton to a thrilling last-minute comeback victory over the Saskatchewan Roughriders, 26-24, at Mosaic Stadium on Friday.

Cornelius passed for 237 yards, including a 77-yard touchdown pass to Dillon Mitchell. He had three completions for 38 yards on a drive to put Edmonton in a position for the game-winning field goal with 24 seconds left. The second-year Elk, who turned 27 Friday, also rushed for a touchdown and a career-high 93 yards, including a 56-yard run that is the longest by an Edmonton quarterback since 1999.

Thomas was pivotal in a dominant performance by Edmonton’s defensive line, contributing one of the Elks’ season-high eight sacks of Roughriders quarterback Cody Fajardo. The 27-year-old led all players with a career-best seven tackles. He registered a tackle-for-a-loss that combined with his sack totalled eight yards lost.

The other CFL Top Performer of Week 15 is Hamilton Tiger-Cats quarterback Dane Evans. The three players were chosen by a panel of judges made up of Matt Dunigan and Marshall Ferguson of TSN, and Pierre Vercheval of RDS.