Cornelius does No. 15 proud by leading Elks to victory 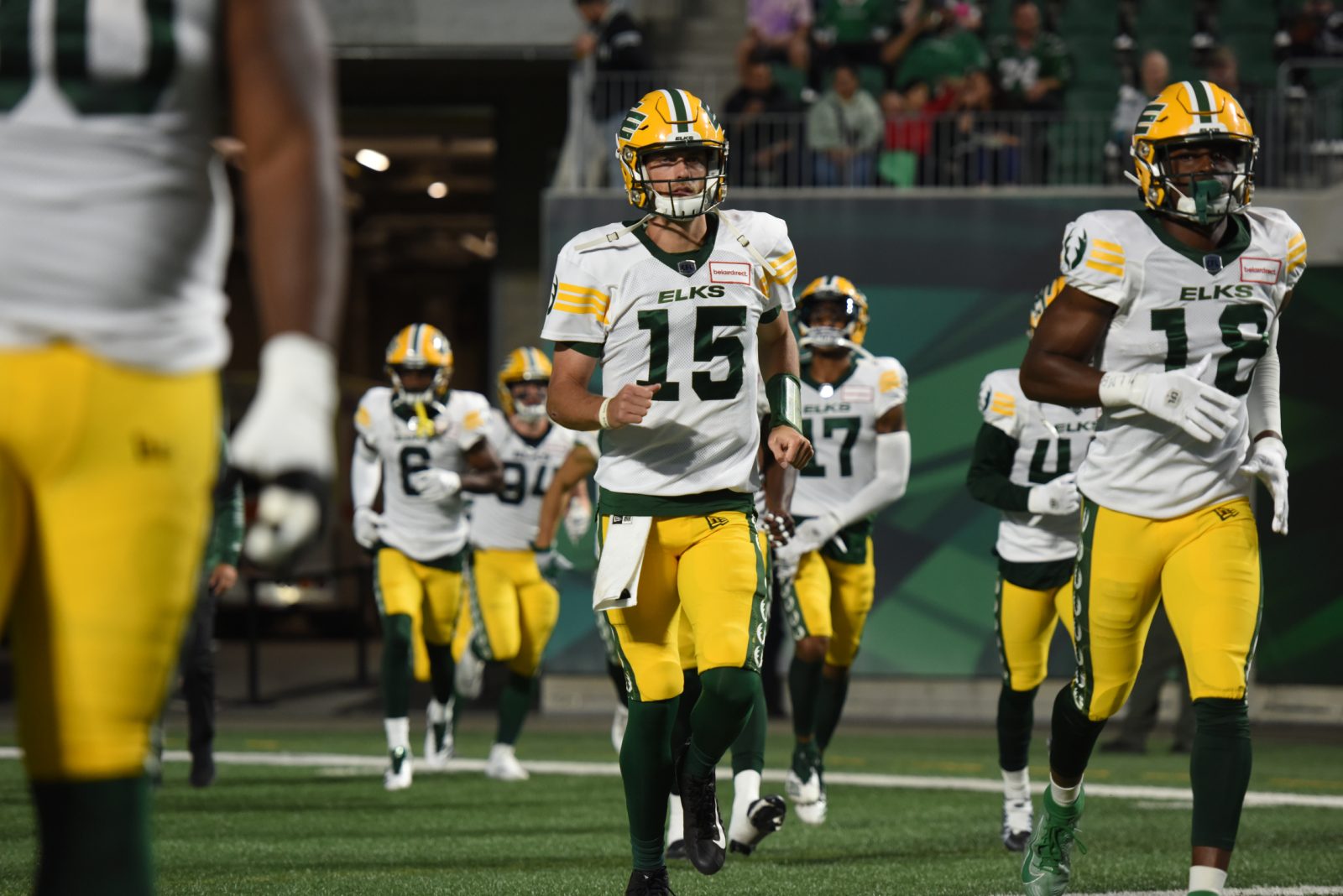 Cornelius does No. 15 proud by leading Elks to victory

There was something in the air Friday.

In Hamilton, Ricky Ray was inducted into the Canadian Football Hall of Fame, as Edmonton’s all-time leader in completions, passing yards and touchdowns took his rightful place among the iconic EE quarterbacks that came before him.

In Regina, Taylor Cornelius marched the Elks to a heart-stopping 26-24 victory over the Saskatchewan Roughriders, keeping Edmonton’s playoff hopes alive with a last-minute drive that was reminiscent of an EE QB who came before him.

“He’s a little bit like Ricky Ray,” Elks coach and general manager Chris Jones said after Friday’s triumph. “He’s quiet, doesn’t say a whole lot, but he’s in there working and watching film, and when he needs to say something he will.”

After Edmonton got the ball trailing 24-23 with just over one minute remaining, Cornelius completed three passes for 38 yards to move the Elks into Riders’ territory, where Sergio Castillo hit a game-winning 47-yard field goal.

Cornelius finished the night passing for 234 yards with a touchdown and no interceptions. The Oklahoma State product also carried the ball for a career-high 93 yards and a touchdown, becoming the first Edmonton quarterback to have at least 90 yards rushing and one rushing TD in a game since – you guessed it – Ray on Oct. 16, 2010.

His 56-yard scamper in the first quarter, the longest rushing play by an Edmonton quarterback in over 23 years, caused a mass onset of dropped-jaw syndrome of Mosaic Stadium.

The spectacular effort by Cornelius came as the Elks were sporting a special one-night-only No. 15 decal on their helmets, in tribute to Ray, who quarterbacked Edmonton to Grey Cup triumphs in 2003 and 2005, entering the HOF.

“I got to watch him a little bit last night, and he’s definitely got a little bit faster wheels than I had, he’s a little taller” a smiling Ray said while appearing Saturday on the CFL on TSN.

“He’s getting experience, doing some good things out there and took his team to the win last night, so I’m excited for what his career has in hold.”

To top it off, Friday was Cornelius’ birthday, as the quarterback turned 27 (Ray, for the record, celebrated his 27th birthday a day early on Oct. 21, 2006, by Edmonton to a victory over the Montreal Alouettes).

You really can’t make this stuff up.

Even the game’s hero wouldn’t let his post-game interview on 630 CHED end before he could give his QB a shout-out.

“Taylor Cornelius, he is the man,” Castillo said on the Elks radio flagship.