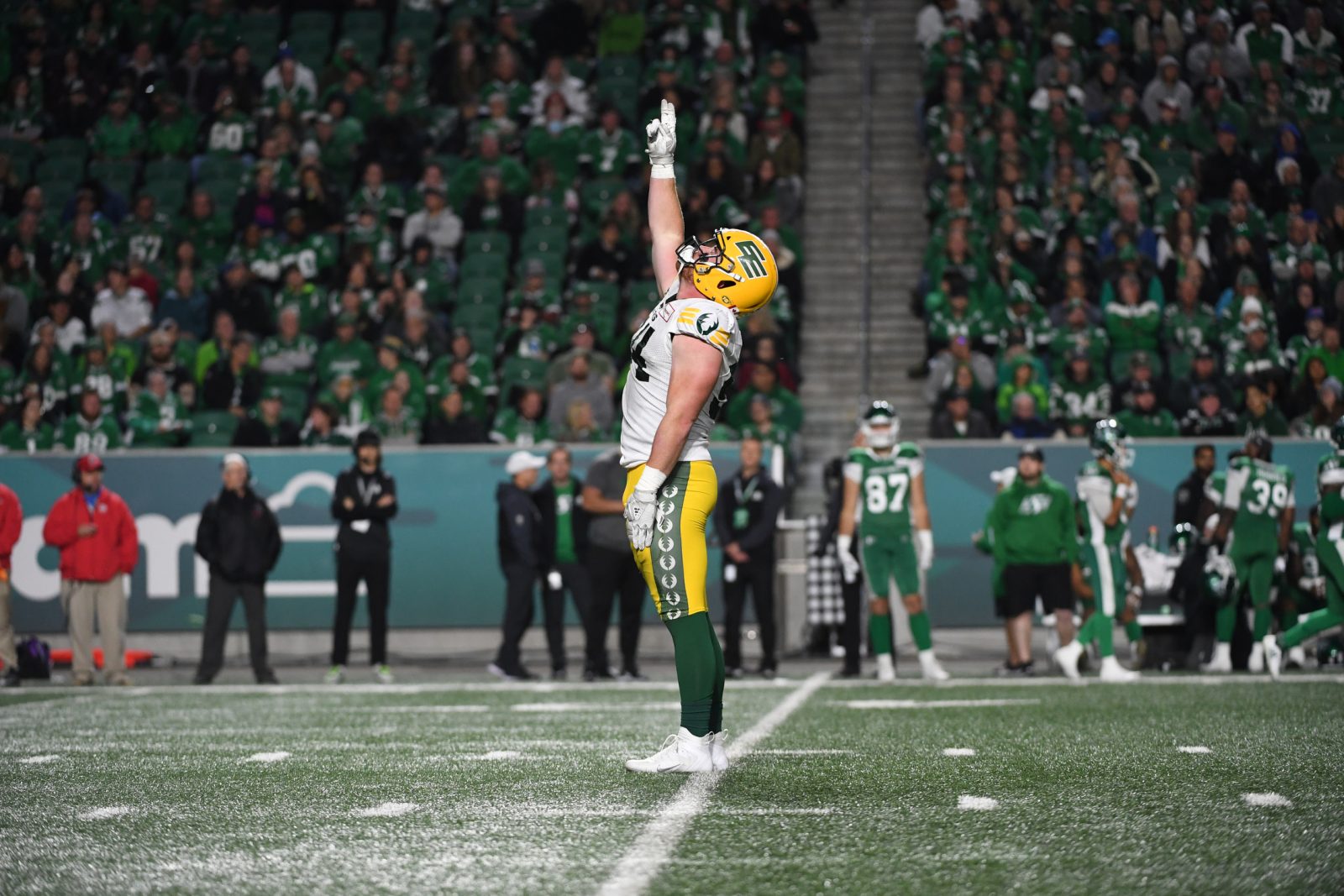 Sergio Castillo’s 47-yard field goal with 24 seconds remaining lifted the Edmonton Elks to a thrilling 26-24 victory over the Saskatchewan Roughriders at Mosaic Stadium in Regina on Friday night.

“As a kicker I want every (kick) to be a game winner and I was just fortunate and blessed to have the opportunity,” Castillo said during a post-game interview on 630 CHED, radio flagship of the Elks.

Fresh off signing a two-year contract extension this week, quarterback Taylor Cornelius completed 13 of 24 passes for 237 yards with one touchdown. The birthday boy, who turned 27 Friday, rushed for a career-high 93 yards and one TD.

“It was a fun one,” Cornelius said on CHED. “Obviously this place is a lot of fun to play in. It’s hostile territory, the fans get into it, and it was nice to get this one, for sure.”

In just his third CFL game, running back Kevin Brown ran for 109 yards on 14 carries. Fellow newcomer Dillon Mitchell had a 77-yard TD catch, tied for Edmonton’s longest reception since 2018, and veteran Derrel Walker caught five passes for 109 yards for his second straight game of 100-plus receiving yards.

After falling behind 10-0 early, the Elks scored 17 straight points, including touchdowns from Cornelius and Mitchell and a Castillo field-goal, to take the lead in the second quarter. Edmonton stayed in front until Fajardo found Brayden Lenius in the endzone on third and goal with 68 seconds remaining in the game, and the Riders took a one-point lead.

Edmonton responded with a drive that saw all 38 yards gained by Walker on three receptions, setting up Castillo’s heroics. The Elks kicker finished the night four-for-five on field goal attempts.

With the win, Edmonton keeps alive its hopes for a playoff berth, as the Elks improve to 4-10, four points back of the Roughriders, who drop to 6-8. The win is also the first against a West Division opponent this season for the Elks, who are now 4-4 on the road.

“I’m just proud as heck of them,” Elks coach and general manager Chris Jones said of this team while appearing on CHED. “They played hard and it was (time) for something good to happen for this group.”

Edmonton now heads into a bye week before returning to action Oct. 1, when the Green and Gold host the Montreal Alouettes at The Brick Field at Commonwealth Stadium at 2 p.m. Tickets are available now.