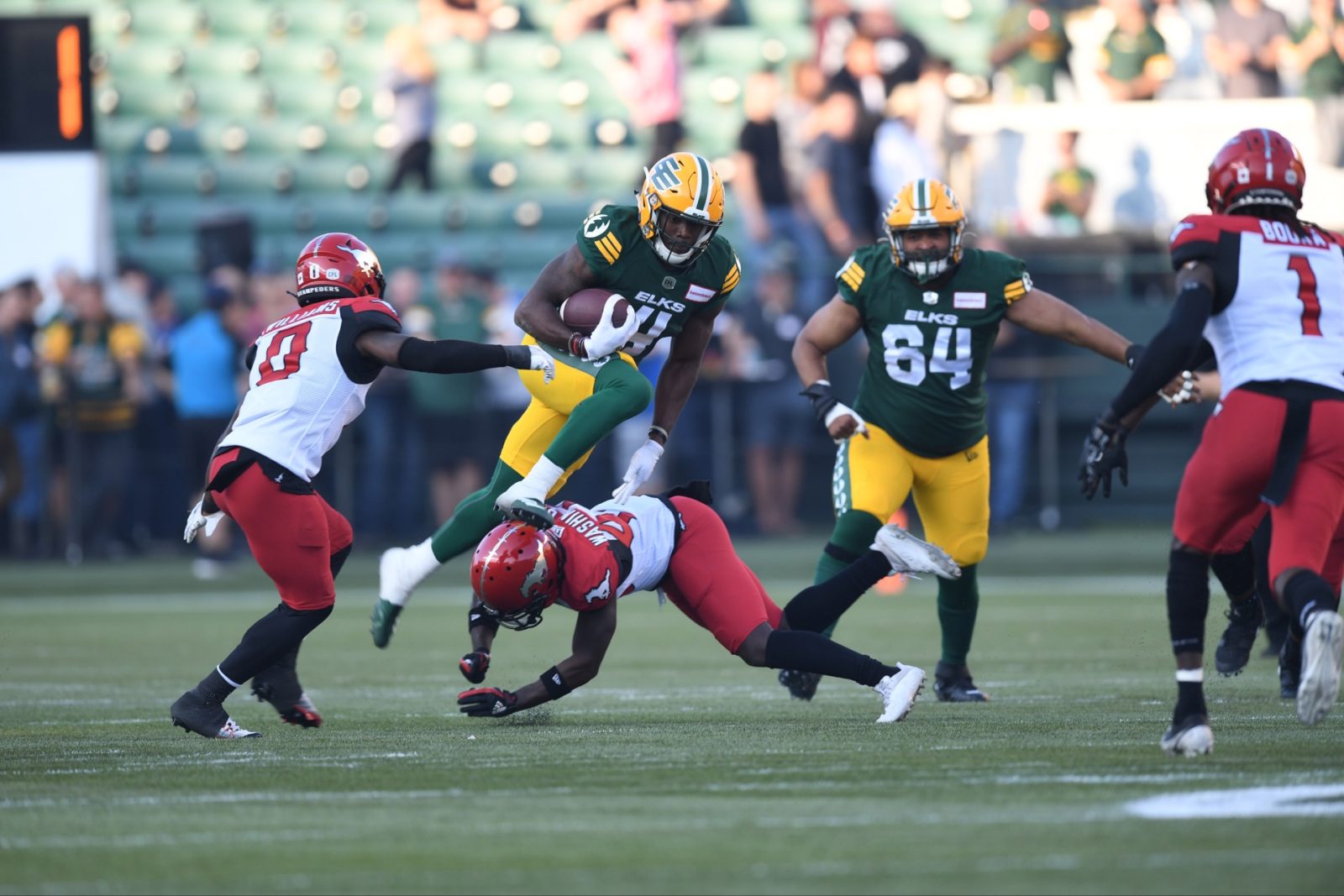 The Edmonton Elks lost 56-28 to the Calgary Stampeders Saturday night at The Brick Field at Commonwealth Stadium.

Elks quarterback Taylor Cornelius completed 23 of 32 passes for 292 yards and scored a touchdown on an 11-yard scamper, while the newer additions to Edmonton’s roster continued to make an impact.

Dillon Mitchell had the first 100-plus yard receiving game of his young CFL career, hauling in five passes for 120 yards, including a 67-yarder that is the longest catch by an Elks player in 2022. Just nine days after signing with the Elks as a free-agent, Kevin Brown ran for 91 yards on 10 carries, including an Elks-season-long 33-yard rush, and caught four balls for 15 yards.

“I really don’t like to put myself at the centre of attention, so me celebrating myself is not really the biggest thing on my mind,” Brown said during a post-game interview on 630 CHED, radio flagship of the Edmonton Elks. “I’m a team player, so I just want everybody out there to be winning.”

Rookie Christian Saulsberry, playing his third game with the Elks, had a 40-yard kick return that is the longest by an Elks player since 2017, and Jalin Marshall had his second consecutive game with a touchdown reception since returning to the Elks last month.

Veteran Derel Mitchell had a team-leading seven receptions for 100 yards, giving the Elks their first game with multiple 100-yard receiving performances this season. Fullback Tanner Green caught a touchdown from Cornelius, while kicker Sergio Castillo made both of his field-goal attempts for the Elks.

The Elks will travel to Regina to play the Saskatchewan Roughriders on Friday, with kickoff set for 7:30 p.m. Edmonton’s next home comes Oct. 1, when the Elks host the Montreal Alouettes for a matinee, 2:00 p.m. at The Brick Field at Commonwealth Stadium. Tickets are available now.