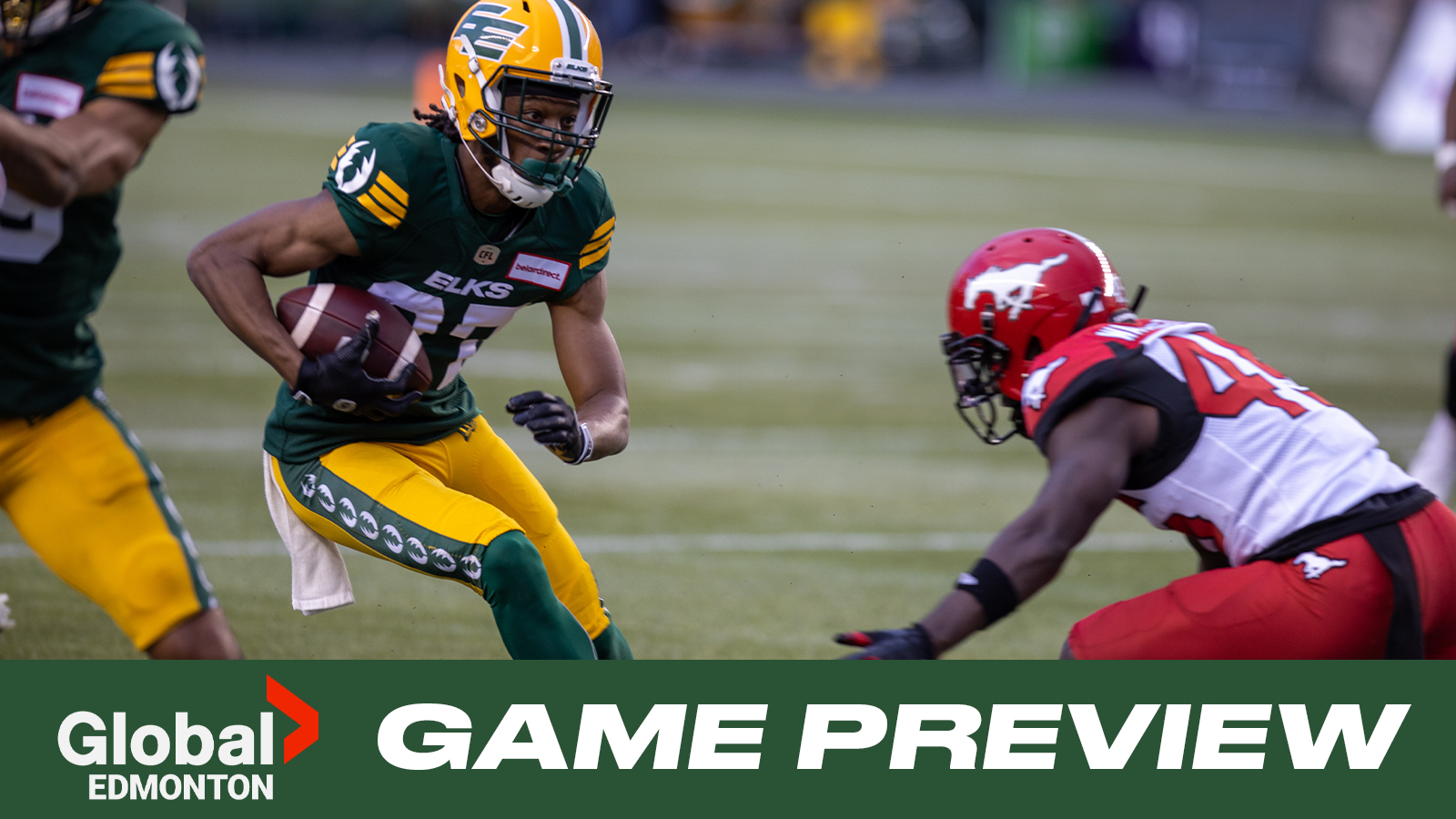 Just five days after squaring off in an entertaining Labour Day Classic that went to the wire, the Edmonton Elks and Calgary Stampeders will renew acquaintances in the annual Labour Day rematch at The Brick Feld at Commonwealth Stadium on Saturday night.

If the provincial rivals pick up where they left off on Monday, when Calgary won the 2022 edition of Labour Day Classic 26-18 at McMahon Stadium, fans will be treated to another exciting round in the Battle of Alberta.

Despite the loss, Edmonton delivered a very encouraging performance, which saw huge contributions from several young players and latest additions to the roster: running back Kevin Brown had 96 yards combined rushing and receiving; receivers Dillon Mitchell and Jalin Marshall each caught touchdown passes from quarterback Taylor Cornelius; defensive back Mark McLaurin picked off a pass by Stampeders’ QB Jake Maier; and D-lineman Avery Ellis sacked Maier for a seven-yard loss.

On Saturday, Brown, Ellis, Marshall and McLaurin would all be making their Elks home debut, while Mitchell would be playing his second game at Commonwealth Stadium.

Similar efforts from the newer Elks and Edmonton’s vets could be just the mix needed for the Green and Gold’s first victory over a West Division opponent this season, and first win at home since 2019.

There are signs that a breakthrough is on the verge for the improving Elks, who were by many measure the better team on Labour Day; Edmonton held the edge in first downs (19-15) as well as total yards (331-305), and absolutely dominated time of possession, holding the ball for 35:18.

For the Elks, a consistent four-quarter effort is imperative. Monday’s game was effectively lost in the third quarter, when Calgary scored 15 consecutive points, turning an 8-7 Edmonton halftime lead into a 22-8 advantage for the Stampeders.

Calgary has shown to be vulnerable to aerial attacks; the Stamps give up the most passing yards per game in the CFL, and Edmonton has started to stretch the field of late, with Cornelius completing five passes of over 40 yards in the last two weeks, after having only two 40-plus yard completions in his entire career prior.

Historically, this is anyone’s game. In the 31 previous editions of the Labour Day rematch, which was first contested in 1992, Calgary has won 16 games, while Edmonton has come out on top 15 times.

With a forecast that calls for plenty of sun before it sets on over the stadium, the recipe is complete for a fun night of football to wind up the summer Saturday in Edmonton.