Elks second half rally comes up short in loss to Ottawa 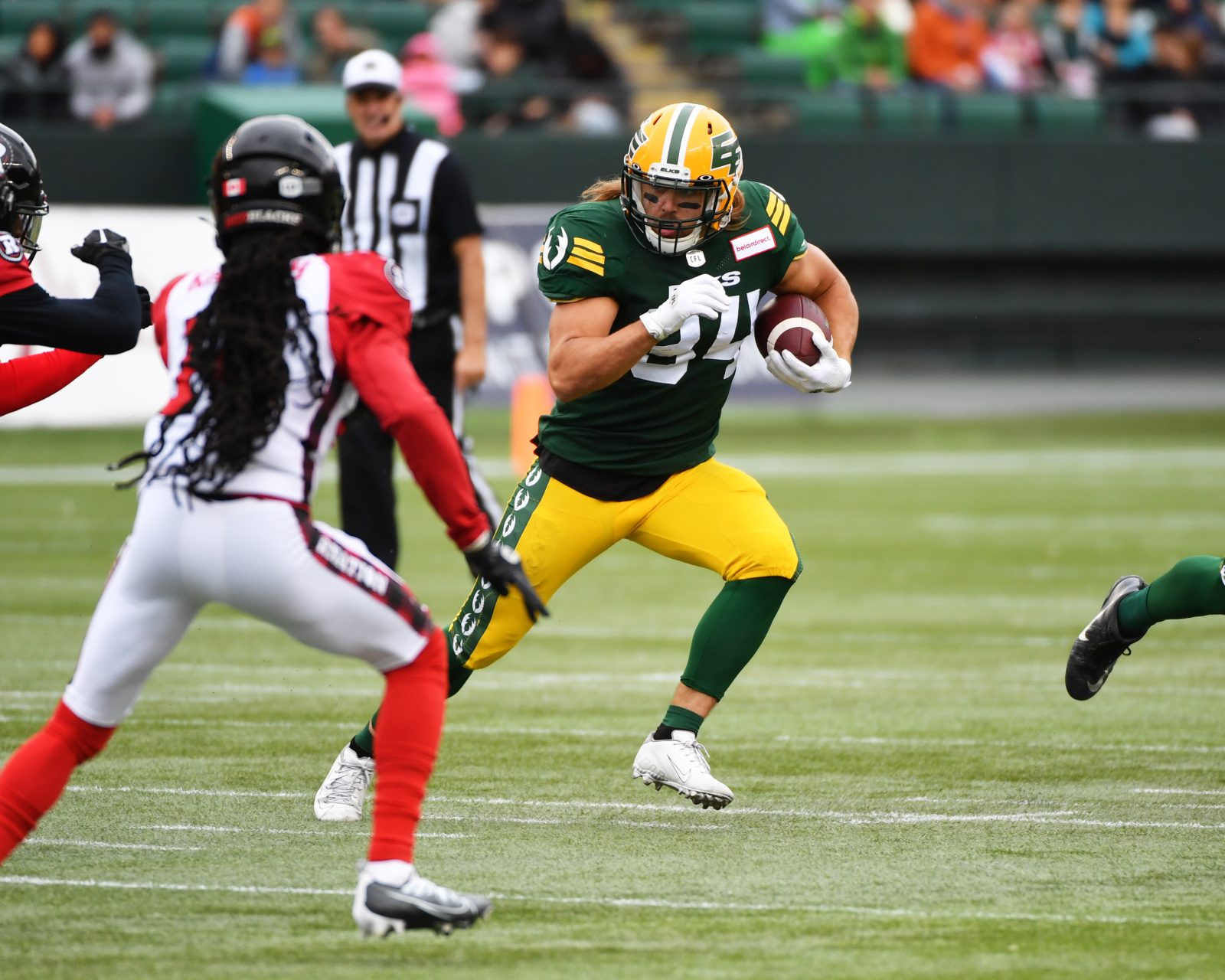 Elks second half rally comes up short in loss to Ottawa

A second half comeback attempt just fell short for the Edmonton Elks on Saturday at the Brick Field at Commonwealth Stadium, where the Green and Gold were defeated 25-18 by the Ottawa RedBlacks.

After trailing 20-3 at halftime and 25-10 in the fourth quarter, the Elks railed to get within a touchdown of the visitors, but Edmonton’s drive in the final minute ended with a turnover on downs.

We gave ourselves a chance,” said Elks coach Chris Jones. “We had the ball at the end, which is all you can ask for, we just didn’t make the plays necessary to win the game.”

Edmonton’s Taylor Cornelius completed 14 passes for 287 yards, including his four longest completions of the season, connecting with Kenny Lawler on passing plays of 42, 50 and 54 yards, and finding Dillon Mitchell for a 45-yard completion. The Elks quarterback also had a team-leading 39 yards on the ground, had two rushing touchdowns and ran for a two-point conversion.

Lawler had an Elks season-high 146 receiving yards on three catches. Versatile Edmonton rookie Kai Locksley had 21 yards rushing to go with 38 yards receiving, while running back Ante Milanovic-Litre rushed for 18 yards and caught a team-best 5 passes for 30 yards. Mitchell had Edmonton’s longest punt return since 2017, 33 yards in the fourth quarter.

Edmonton held the edge in total net yards, 342 to 302. Enock Makonzo recorded a forced fumble and a sack. Kony Ealy also sacked Ottawa quarterback Nick Arbuckle, wrapping up the former Elks pivot for an 11-yard loss. Scott Hutter had 10 tackles for the Elks, who trailed 6-3 after the first quarter and 22-10 going into the fourth.

The Elks will next be in action on Sept. 5, when they take on the Calgary Stampeders in the Labour Day Classic at McMahon Stadium. Edmonton returns home to take on the Stamps in the annual rematch game, Sept. 10 at 6 p.m. Tickets are available now through Ticketmaster.

“We’ve got seven ball games left, and anything can happen, so you can’t sit there and look at what anybody else is doing, you’ve just got to worry about you and then if things happen for you, they’re meant to happen,” Jones said. “We can’t worry about what we don’t control.”