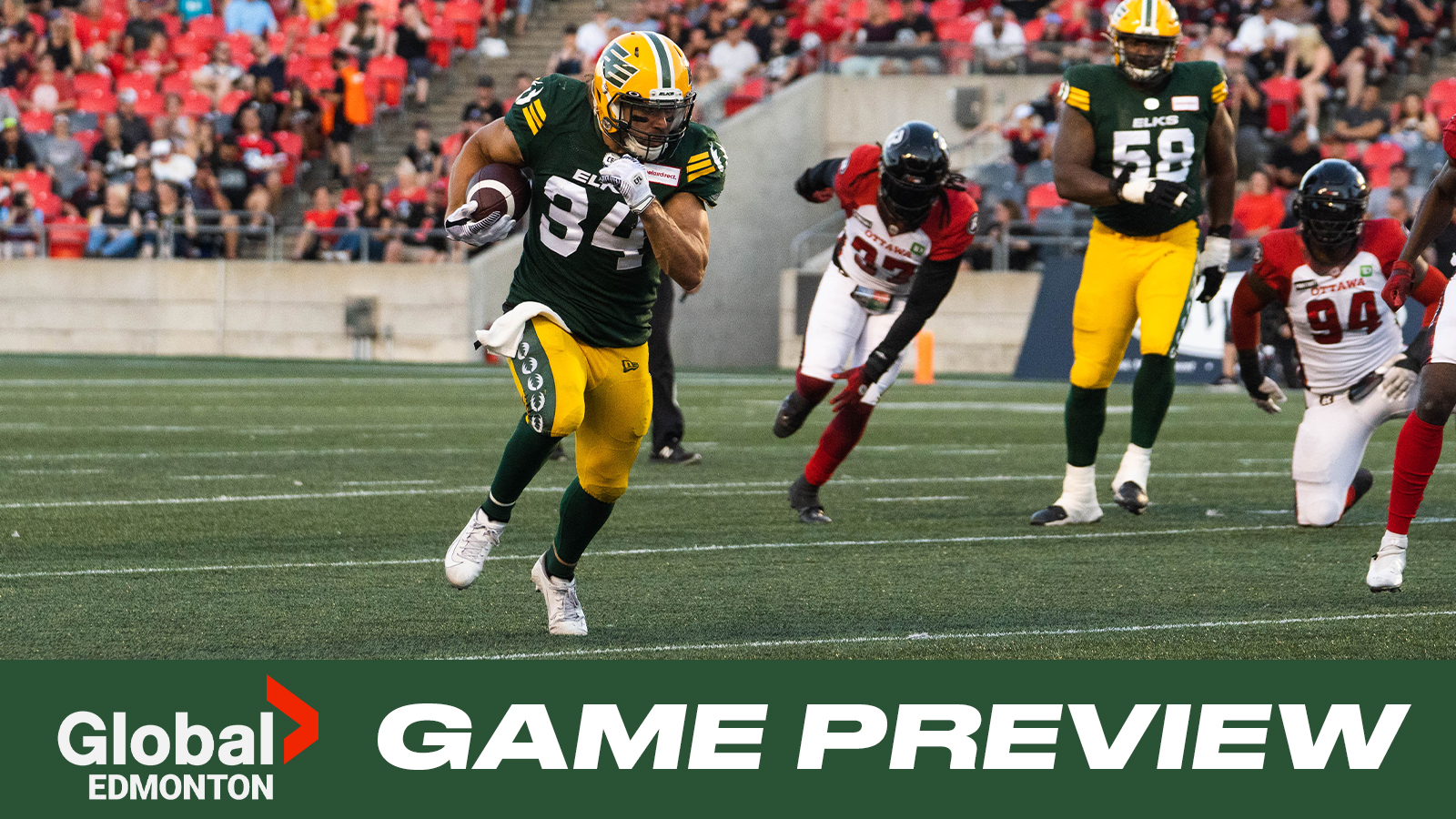 The Edmonton Elks host the Ottawa RedBlacks at The Brick Field at Commonwealth Stadium on Saturday, looking to pick up right where they left off in Week 11.

Edmonton scored the game’s final 27 points in a 30-12 victory over the RedBlacks at Ottawa’s TD Place Stadium on August 19. Ottawa was held without a point for nearly 40 minutes, in what was the Elks’ biggest victory of the 2022 season.

Four different Elks players, a season high, found the endzone for Edmonton, which has won four consecutive games against East Division opponents dating back to the 2021 season.

Ball control was key for the Elks, who won the time of possession battle 22:29 to 7:31 in the second half, including a 15-play drive that ate up 8:40 of clock and ended in a Derel Walker touchdown that gave Edmonton a 29-12 lead midway through the fourth quarter.

Taylor Cornelius is expected to make his sixth consecutive start under centre for Edmonton. The second-year Elk has a 2-3 record as a starter since making his season debut on July 14 against Ottawa.

The Elks have looked to run the ball more in the last couple weeks, increasing  the workload of Canadian running back Ante Mialnovic-Litre, who scored his first touchdown as a member of the Green and Gold last week in Ottawa. Kai Locksley also rushed for a major against the RedBlacks, giving the versatile rookie a team-leading six touchdowns this season.

Defensively, Jake Ceresna has been making life miserable for opposing quarterbacks after being activated off the six-game injured list early this month. The big lineman has at least one sack in all three games since his return, and a team-leading four total.

A win Saturday will help the Elks as they attempt to ascend the West Division standings. Edmonton enters Week 12 four points back of the Saskatchewan Roughriders for fourth place in the West Division and a potential East Division crossover playoff berth.