Elks begin second half of season with big win in Ottawa 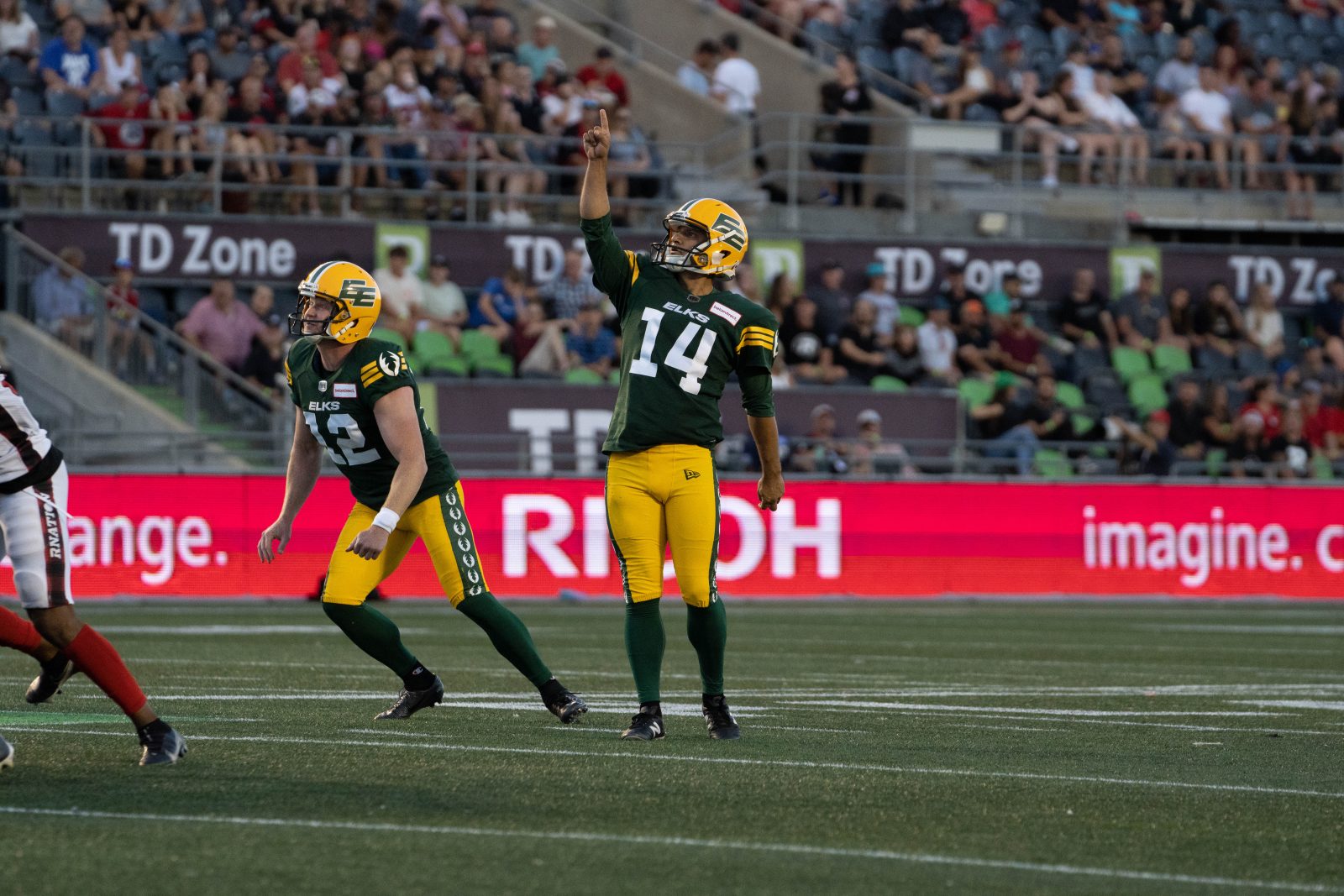 Elks begin second half of season with big win in Ottawa

The Edmonton Elks kicked off their 2022 CFL regular season schedule with a big victory over the Ottawa RedBlacks, 30-12 at TD Place Stadium on Friday night.

A season-high four different players had touchdowns for the Elks, who scored the final 27 points of the game, shutting out Ottawa for nearly 40 minutes after the RedBlacks had taken a 12-3 lead early in the second quarter.

Quarterback Taylor Cornelius completed 16 of 27 passes for 208 yards, with TD tosses to Kenny Lawler and Derel Walker. Kai Locksley and Ante Milanovic-Litre each rushed for a major score, and kicker Sergio Castillo connected on a 52-yard field goal, equalling his longest of the season for Edmonton.

“This one definitely feels good to come back in the second half like that, playing as well as we did,” Cornelius said during a post-game interview on 630 CHED, radio flagship of the Elks. “I wish we would have come out a little bit stronger in the first half, but coaches did a great job in the second half making the adjustments and putting us in the right positions.”

Edmonton held the ball for 35:06, and dominated time of possession in the second half, including a 15-play, 75-yard scoring drive that ate up 9:08 of game time spanning the third and fourth quarters, capped off with Cornelius’ four-yard pass to Walker in the end zone that effectively sealed the victory for Edmonton.

“We didn’t turn the ball over the first time all year, and when you do that you protect the football,” Elks coach Chris Jones told media after the game. “That one drive, 15 plays, that’s big when you can go down and finish it with a touchdown, so I was proud of the offence,”

Defensively, Jake Ceresna and Thomas Costigan each recorded sacks for the Elks, who continued their recent mastery of the East Division. Dating back to last season, Edmonton has won four straight games against Eastern opponents, all on the road, defeating each of the division’s teams once. With the victory, Edmonton improves to 3-7 this season, and has won three of its last four on the road.

These two teams meet again on Aug. 27, when the Elks host Ottawa at The Brick Field at Commonwealth Stadiun at 5 p.m. Tickets are available now through Ticketmaster.