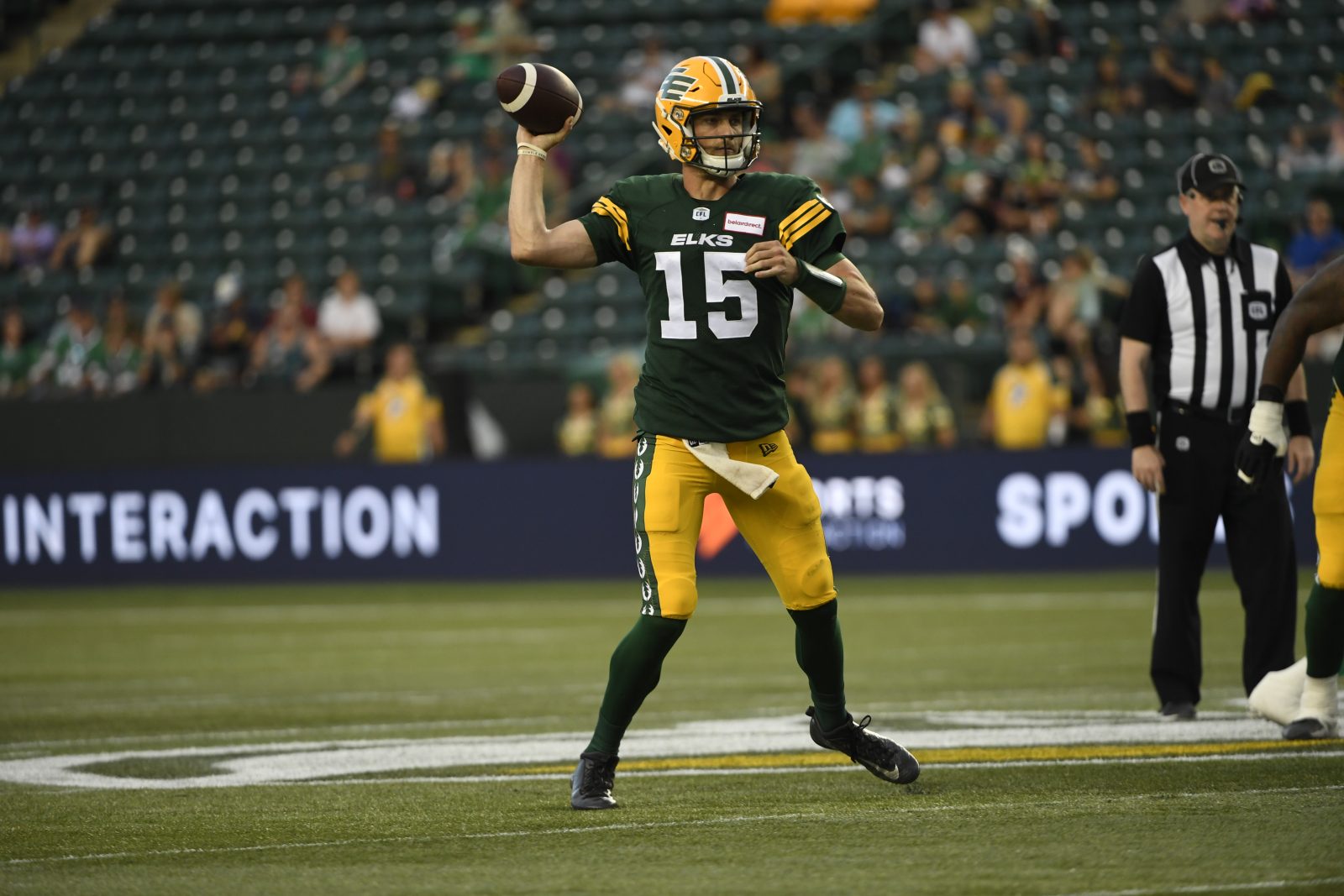 The Edmonton Elks were defeated 34-23 by the Saskatchewan Roughriders at The Brick Field at Commonwealth Stadium on Saturday night. Edmonton quarterback Taylor Cornelius rushed for a career-high 86 yards and scored two rushing touchdowns, while completing 13 of 23 passes for 209 yards.

“He did some good things, he also missed some throws …” Elks coach Chris Jones said of the second-year pivot. “He’s a solid person and I know this, he’ll be in here first thing tomorrow morning trying to get better.”

Kenny Lawler had his second 100-plus yard receiving performance of the season, as the Elks star playmaker caught six passes for 105 yards. Veteran receiver Manny Arceneaux recorded 46 receiving yards on three catches, while Canadian running back Ante Milanovic-Litre had his most productive game as an Elk, with 38 yards rushing and one catch for six yards.

Edmonton outgained the Roughriders 345 to 256 in total yards offence, and sacked Riders quarterback Cody Fajardo three times, including a career-high two from Jake Ceresna. The Riders held a slight 22-20 edge in first downs, while Edmonton won the time of possession battle, holding the ball for 31:46 of the game’s sixty minutes.

Sergio Castillo connected on all three of his field-goal attempts, and hit from 46 yards early in the fourth quarter to put Edmonton in front 23-22, before the Riders scored 122 unanswered points to close the game.

The evening saw Green and Gold greats Jim Germany, Joe Hollimon, Ed Jones enshrined as part of the EE Wall of Honour, which now includes 41 members. The three inductees were part of Edmonton’s five straight Grey Cup victories from 1978 to 1982.

Edmonton next plays on Friday, against the Ottawa RedBlacks in the nation’s capital at 5 p.m. MT. The Elks then return home to host the RedBlacks at The Brick Field at Commonwealth Stadium at 5 p.m. on Aug. 27. Tickets are available now through Ticketmaster.