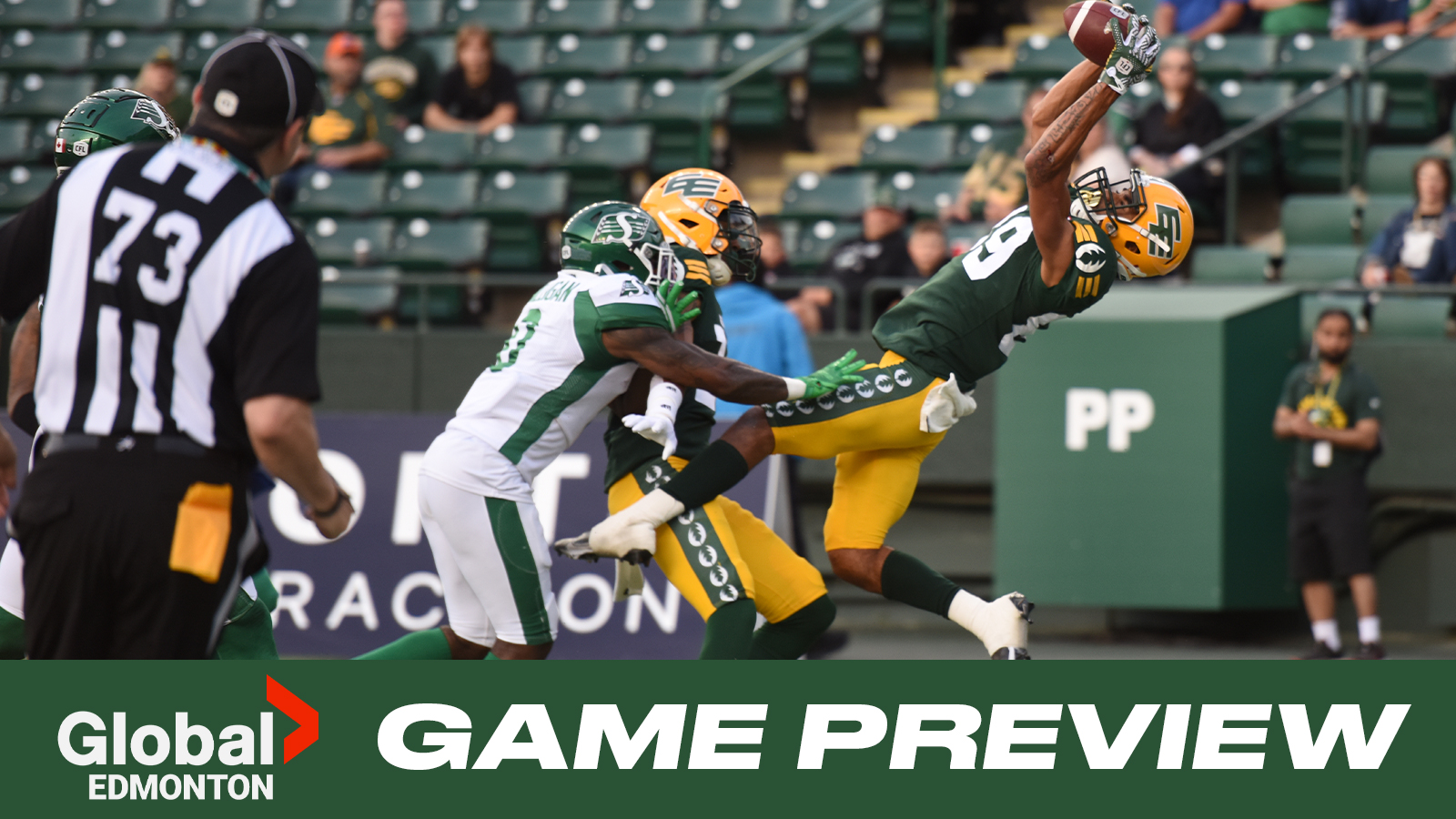 The atmosphere promises to be electric on Saturday night, as it always in when the Riders come to The Brick Field at Commonwealth Stadium. But the heat between these two prairie rivals is maybe just a big hotter as Edmonton looks for a key win that would move the Elks within two points of the Riders in the standings at the midpoint of the season.

The stars will be out this night, as three Green and Gold greats – Jim Germany, Joe Hollimon and Ed Jones – will be inducted onto the EE Wall of Honour during a special halftime ceremony.

Elks coach Chris Jones will look to lead Edmonton to victory against his former team from Regina, where he coached from 2016 to 2018. Another former Rider, Manny Arceneaux will look to continue his resurgent season with the Green and Gold. The 34-year-old receiver is the CFL’s active career receptions leader, and just surpassed Jamel Richardson for 25th all-time in league history, with 606 catches.

Edmonton is looking to avenge a 26-16 loss to the Riders in its home-opener on June 18. The Elks held a 16-15 lead with less than seven minutes to play before Saskatchewan scored 11 unanswered points to the end the game. Arceneaux recorded an Elks season-long 66 yard reception against the team he played for in 2019.

In the Elks most recent home game, Edmonton gave the unbeaten Winnipeg Blue Bombers all they could handle. The Green and Gold dominated many key stat categories, including 23-12 on first downs and 37:14 to 22:46 time of possession, but a couple huge plays by the Bombers proved the difference in a 24-10 Winnipeg victory.

The Riders arrive in Edmonton on a three-game losing streak and coming off their bye week. With the urgency level high on both sides of the turf, this figures to be a barn-burner.