Elks defeated by Lions at BC Place Stadium 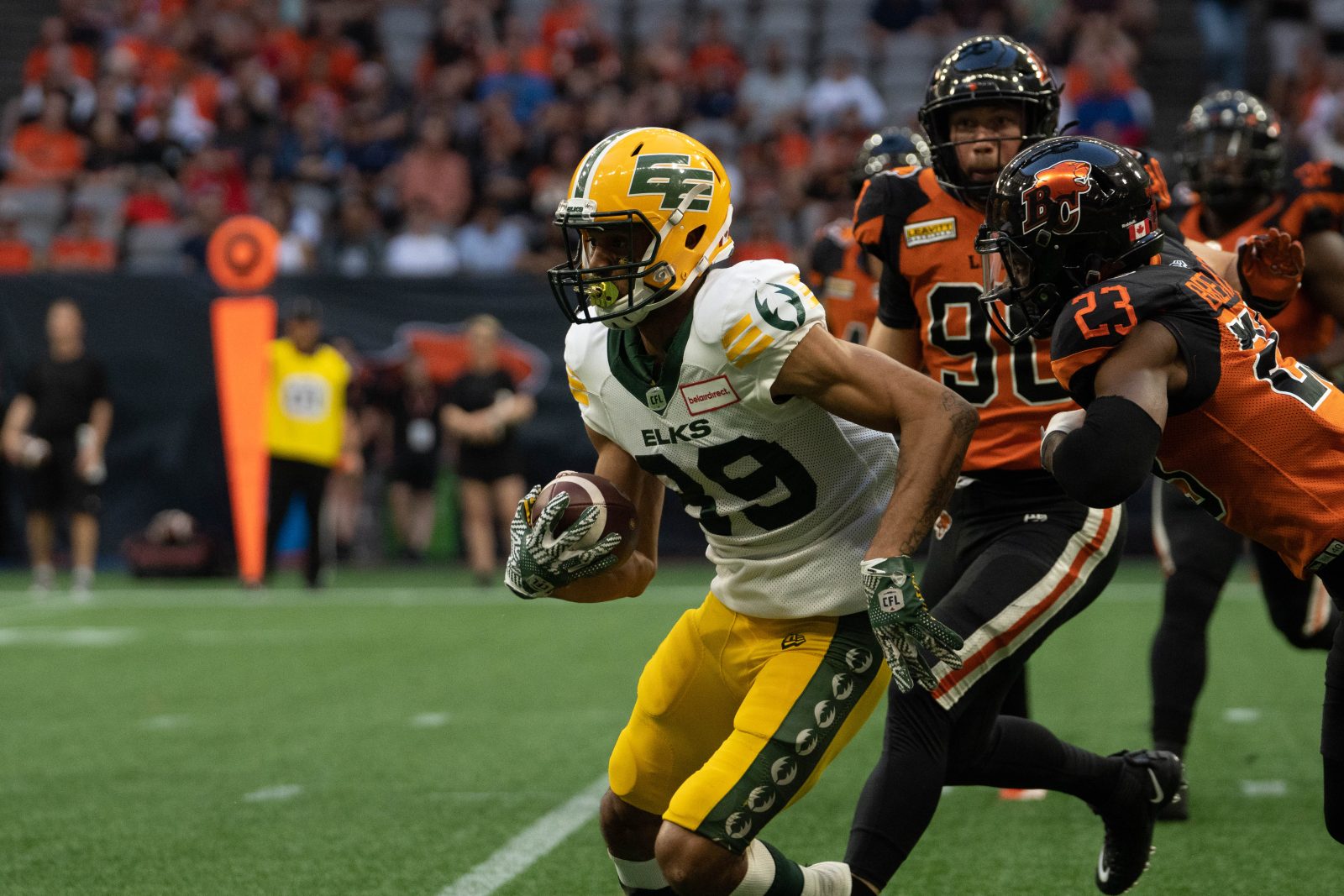 Elks defeated by Lions at BC Place Stadium

The Edmonton Elks two-game road winning streak came to an end with a 46-14 loss to the B.C. Lions at B.C. Place Stadium in Vancouver on Saturday night.

Kenny Lawler and Maleek Irons scored touchdowns for the Elks, who are now 2-6 this season. Quarterback Taylor Cornelius completed 15 of 26 passes for 183 yards, with Derel Walker pulling in seven receptions for 91 yards.

Playing for the first time since Week 1, Elks defensive lineman Jake Ceresna returned from the six-game injured list with three tackles and sack that resulted in a 12-yard loss for the Lions. Nyles Morgan led Edmonton with 10 tackles and recorded a forced fumble.

Elks veteran receiver Manny Arceneaux, who played eight seasons with the Lions, made three receptions to increase his career total to 606, moving past Jamel Richardson (605) for No. 25 all-time in CFL history.

“I just think the guys in this locker room are going to pull together, we’re going to figure things out,” Arceneaux said during a post-game interview on 630 CHED, radio flagship of the Elks.

“There’s plenty of season left to turn things around, so right now isn’t the time to throw in the towel. Your back’s against the wall, you come out fighting,” continued Arceneaux. “That’s the only choice we’ve got right now, to come out fighting, to come out swinging, and each week look to improve. But while we’re improving we got to look to win games at this point.”

With Edmonton trailing 7-0 in the first quarter, Cornelius connected with Lawler on a 19-yard touchdown strike. Lawler had two receptions in the game, giving the all-star receiver 42 this season, third most in the CFL.

Irons rumbled into the endzone on a six-yard rush in the fourth quarter for Edmonton’s second major of the game. It was the Canadian running back’s first touchdown as a member of the Elks and second of his CFL career.

The Elks will be back in action on Aug. 13 against the Saskatchewan Roughriders at The Brick Field at Commonwealth Stadium on homecoming night, when Green and Gold greats Ed Jones, Joe Hollimon and Jim Germany will be inducted onto the EE Wall of Honour. Kickoff is at 8 p.m., tickets are available now by clicking here