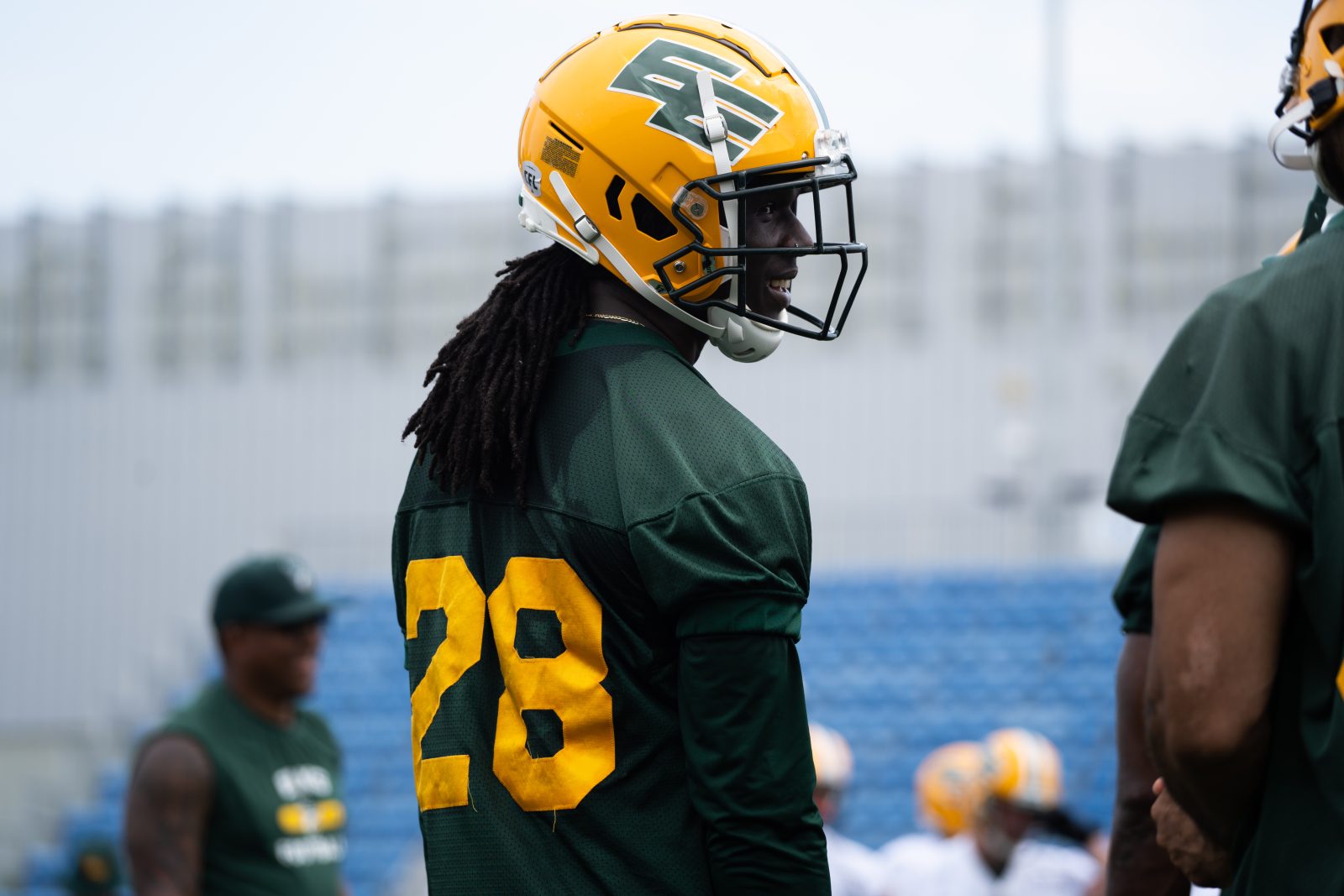 Jamie Harry is getting a fresh start with the Edmonton Elks.

The latest addition to Edmonton’s active roster, Harry was signed by the Elks on Friday only 10 days after being released by B.C. Lions.

And now the Canadian defensive back’s new beginning may come in his old surroundings: Edmonton’s next game is Aug. 6 against the Lions in Vancouver.

Funny how things work out.

“It’s a new opportunity for me, I’m excited for the chance to compete,” Harry said during his first practice with his new team, Friday at Clarke Stadium. “From what I’ve seen so far, it’s a good group of guys. They’re all together and fun to be around, so I’m just excited to get going.”

Harry had spent his entire professional career in B.C., playing 13 games over parts of three seasons. He never started a game for the Lions, but perhaps will have opportunity to get on the field more often as a member of the herd.

Before signing with the Lions in 2019, Harry played U Sports football for the Ottawa Gee-Gees, earning back-to-back All-Canadian First Team honours in 2017 and 2018, when he recorded an incredible 11 interceptions in 16 games over those two seasons. Making such impact on the defensive side of the ball is an element Harry feels he can bring to Edmonton.

“I think I’ve got to play with my size,” the six-foot-two, 217-pound Montreal native says. “I’m a good playmaker. If the ball’s in the air I tell myself it’s mine all the time.”

Catch the Elks against the Lions live from B.C. Place Stadium at the Coors Light Watch Party, 8 p.m. on Aug. 6 at the Provincial Pub.