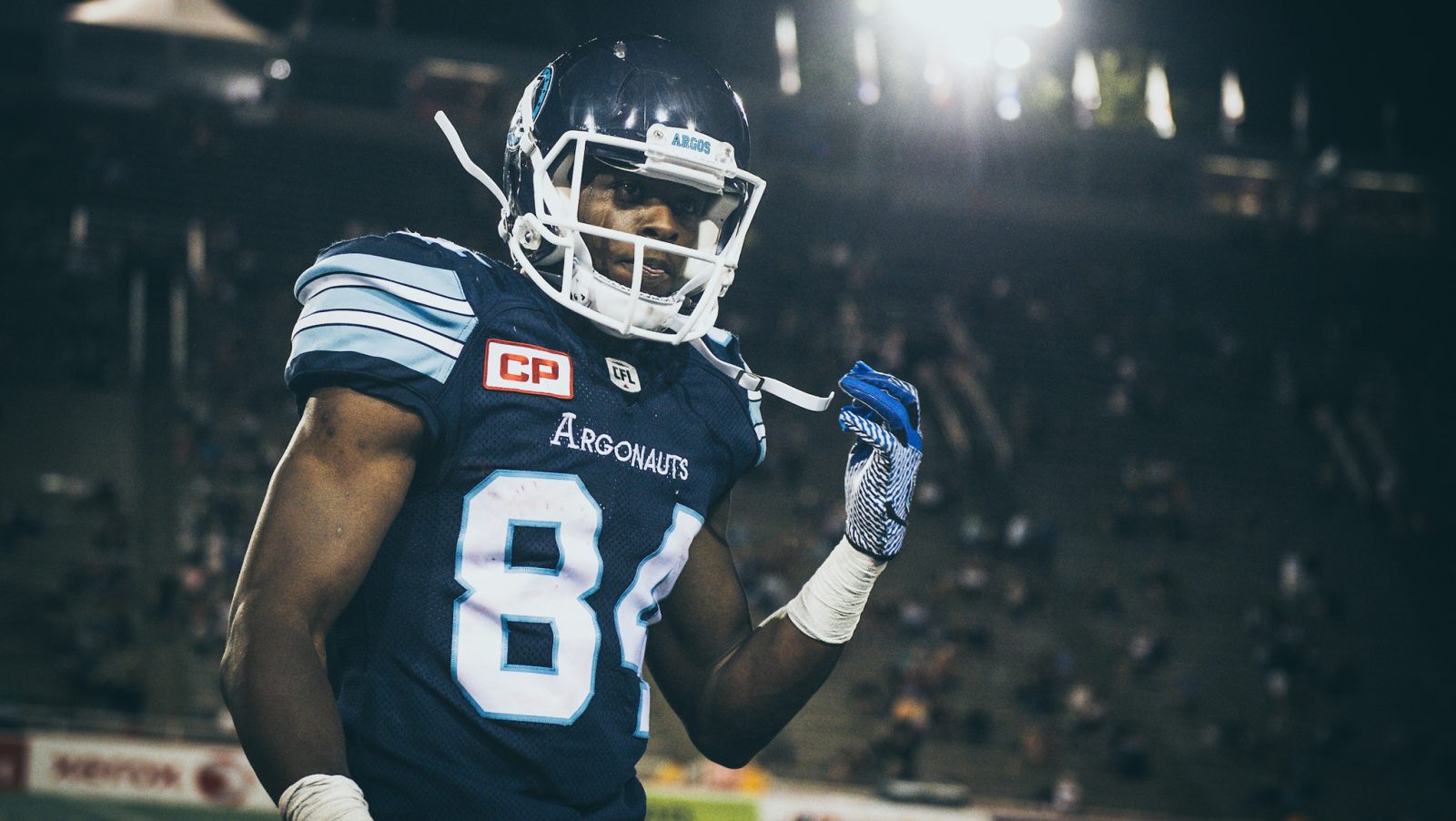 Llevi Noel woke up a member of the Ottawa RedBlacks. By dinner he was the newest player on the Green and Gold.

Other than that, it was just another Monday for the veteran national wide receiver who this week was traded out of the nation’s capital to the Edmonton Elks in a deal that also included 2023 CFL draft picks changing hands.

“I didn’t really see it coming, but I’m definitely not upset about it, that’s for sure,” says Noel, who starts fresh in Edmonton following a short stint with the RedBlacks.

“Any time a team trades for you or they acquire you in free agency, I feel like they want you there and it’s an opportunity for you to go there and have a positive influence on the team and shake things up in a positive way, so I’m definitely looking at this as an opportunity,” the 31-year-old Toronto native says. “As long as you’ve got a job and you’ve got an opportunity to go help a team win, then you can take advantage of it, so I’m looking forward to it.”

With the Elks on a bye week, Noel had a few days wait before getting together with his new team, but he’s already received a call from Edmonton head coach and general manager Chris Jones welcoming the six-foot-two, 200-pound athlete to the herd.

Jones “voiced how he was excited to have me and he’s always had a radar for me and appreciates what I can bring to a football team, so that was a good conversation,” says Noel.

“I haven’t spoke about my role on the team yet, I’m sure that will unfold in due time, but what I can bring to a team is speed and strength as a solid receiver … and being able to be a good physical and dominant special-teamer as well, so I’ll be prepared to help out the team whichever way needed.”

This was Noel’s first season with the RedBlacks after spending the first five seasons of his CFL career with the Toronto Argonauts, who used the 31st overall pick in the 2016 CFL Draft to select the standout wideout who played U Sports football at the University of Toronto.

In Edmonton, Noel is reuniting with Argos teammates including running back James Wilder Jr. and fellow wide receiver Derel Walker.

“It’s always good to see some old faces,” Noel says, “So I’m looking forward to that.”

Noel’s first opportunity to draw into Edmonton’s lineup will come Aug. 6 when the Elks return to action with a road game against the B.C. Lions.