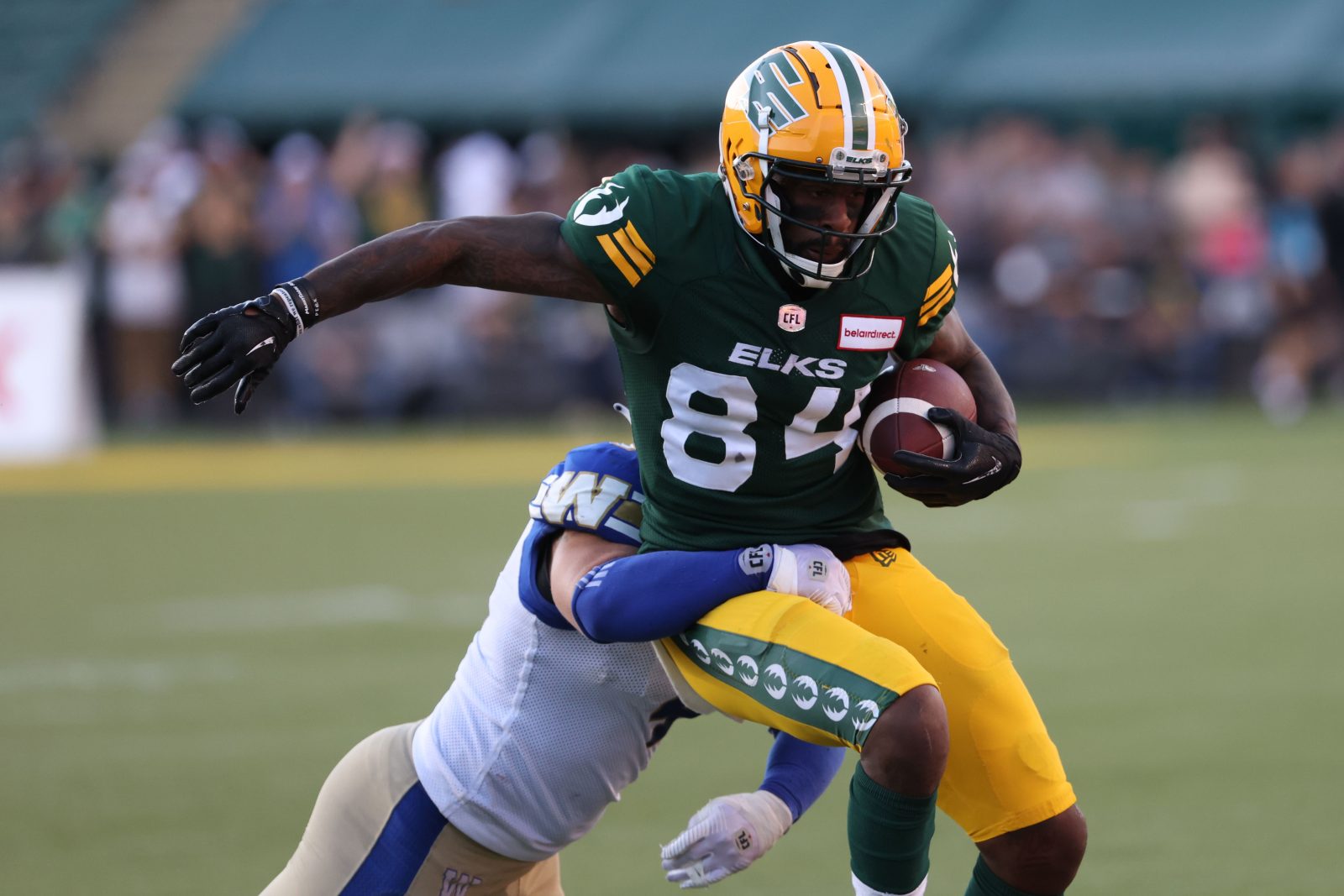 During Edmonton’s 24-10 loss to the Winnipeg Blue Bombers at The Brick Field at Commonwealth Stadium, the 34-year-old hauled in five passes, giving him 603 career receptions to rank 26th on the CFL’s all-time leader list.

Arceneaux is second on Elks with 25 receptions and 356 yards through seven games this season, his first in the league since 2019. The three-time CFL All-Star, who signed with Edmonton in January, continues to inspire with each new height he reaches during his comeback in Canada.

“That’s just a blessing from God to go over 600 receptions, and I’m just thankful for the Edmonton Elks; They gave me this opportunity to continue my career,” Arceneaux said during a post-game interview on 630 CHED, radio flagship of the Elks. “I look at everything week-to-week. I’ve got to earn my keep, earn my job, earn the opportunity to be out there and play, I don’t take anything for granted. “ 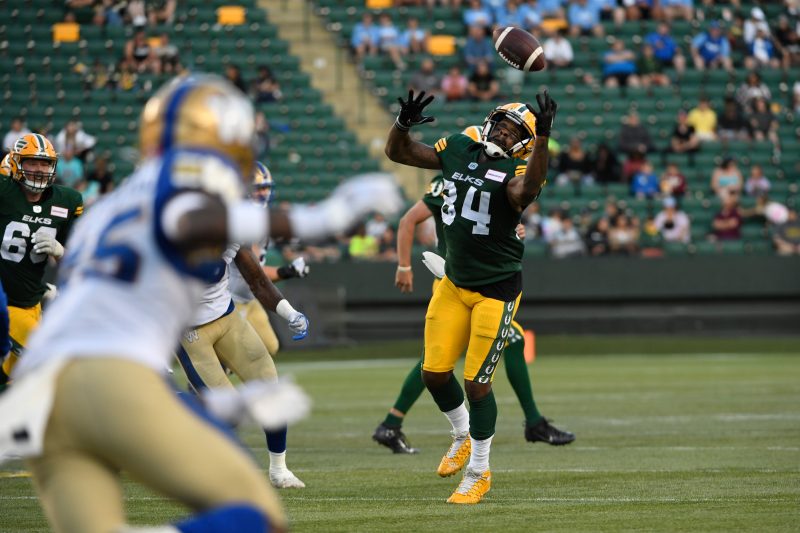 After Friday’s game, Arceneaux’s 158 yards after catch were fourth most in the entire league, silencing any talk that he may have lost a step after spending last year in the Indoor Football League and not playing during 2020 when the pandemic canceled the CFL season.

“It’s just a blessing, and I thank Edmonton for that opportunity to allow me to further my career here,” added the former member of the B.C. Lions (2009-2018) and Saskatchewan Roughriders (2019).

Arceneaux is on pace to exceed 60 catches and 900 yards this season, which would be his best totals since 2017. He is not far away from joining the elite of the elite, needing just 50 more catches to surpass Green and Gold great Adarius Bowman (652 career receptions) for 15th place in CFL history. Next up Arceneaux’s pursuit of history is 25th all-time, 2010 Grey Cup Jamel Richardson, who totaled 605 receptions in his career.